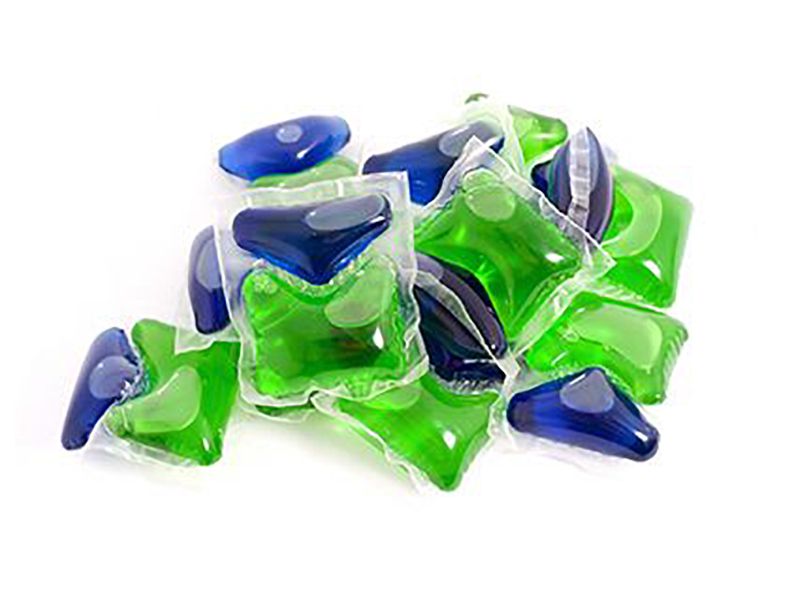 THURSDAY, July 21, 2016 (HealthDay News) -- Brightly colored laundry detergent pods pose a much greater risk to young children than other types of detergents, a new study finds.
Researchers reviewed information on 36,000 American children treated at emergency departments for exposure to laundry detergent. The exposures occurred between 2012 and 2014. Among these kids, 10,000 came into contact with detergent in laundry pods, and 26,000 had contact with other types of laundry detergent, the study said.
Children younger than age 6 accounted for 94 percent of laundry pod cases. Kids under 6 were only involved in cases of contact with other types of laundry detergent 72 percent of the time, the findings showed.
Nearly three-quarters of children exposed to detergent from laundry pods were diagnosed with poisoning. Meanwhile, about three-quarters of those exposed to loose liquid or powder detergents were diagnosed with contact dermatitis (itchy or irritated skin), the researchers said.
Hospital admission -- an indicator of serious injury -- was four times higher among children exposed to detergent from laundry pods than those exposed to other types of detergent, the study found.
The study authors suggested that more should be done to protect kids, who may find the appearance of these laundry pod products "appealing" -- for example, childproof containers, muted colors and opaque packaging. They also recommended improved public awareness of the threat.
In addition, parents and caregivers should store these detergents out of the reach of children, the researchers added.
Dr. Thomas Swain, of the University of Alabama at Birmingham's Center for Injury Sciences, and colleagues published the findings online July 21 in the journal Injury Prevention.
"While the innovation of pod laundry detergent makes mundane home tasks easier, their use does require caution and vigilance to safety, especially in homes with young children," the study authors explained in a journal news release.
Regulation of the pod products' appearance may help make them less enticing to children, but "ultimately, it is the responsibility of caregivers to ensure a child-safe environment," the team concluded.
SOURCE: Injury Prevention, news release, July 21, 2016
HealthDay
Copyright (c) 2016 HealthDay. All rights reserved.
News stories are provided by HealthDay and do not reflect the views of MedlinePlus, the National Library of Medicine, the National Institutes of Health, the U.S. Department of Health and Human Services, or federal policy.