1 in 3 prescriptions was unnecessary 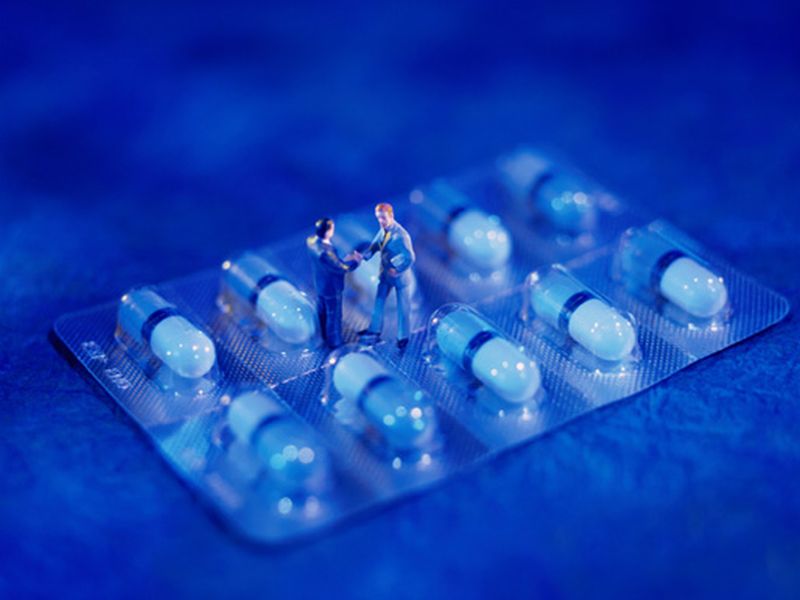 TUESDAY, May 3, 2016 (HealthDay News) -- Nearly one-third of the antibiotics prescribed in the United States aren't appropriate for the conditions being treated, a new federal government study shows.
"We were able to conclude that at least 30 percent of the antibiotics that are given in doctors' offices, emergency departments and hospital-based clinics are unnecessary, meaning that no antibiotics were needed at all," said lead researcher Dr. Katherine Fleming-Dutra.
Such misuse has helped fuel the rise of antibiotic-resistant bacteria, which infect 2 million Americans and kill 23,000 every year, said Fleming-Dutra, a pediatrician and epidemiologist at the U.S. Centers for Disease Control and Prevention.
Antibiotics are most misused in the treatment of short-term respiratory conditions, such as colds, bronchitis, sore throats, and sinus and ear infections, the researchers reported.
"About half of antibiotic prescriptions for acute respiratory conditions were unnecessary," Fleming-Dutra said.
In this study, Fleming-Dutra and her colleagues analyzed more than 184,000 outpatient visits reported in a 2010-2011 national medical care survey. Of those sampled visits, nearly 13 percent resulted in antibiotic prescriptions.
About 262 million outpatient antibiotic prescriptions were dispensed in 2011 in the United States, but until now no one knew how many of those prescriptions were inappropriate, she said.
To assess misuse of antibiotics, the researchers relied on national treatment guidelines to look for conditions that should never be treated using antibiotics, such as the common cold, sore throats caused by viral infections and bronchitis.
"Nobody should be giving antibiotics for the common cold," Fleming-Dutra said. "It gets better without antibiotics."
The investigators also included bacterial infections that can clear up on their own without the help of antibiotics, such as sinus and ear infections. In those cases, the researchers relied on regions that already are exercising good antibiotic control as a national benchmark for how often antibiotics should be used to treat these conditions.
Collectively, acute respiratory conditions led to 221 antibiotic prescriptions annually for every 1,000 people, but only 111 prescriptions were deemed appropriate for these conditions, the study authors said.
Among all conditions, an estimated 506 antibiotic prescriptions were written annually for every 1,000 people, the researchers concluded. Of these, 353 prescriptions were estimated to be appropriate.
The study findings were published in the May 3 issue of the Journal of the American Medical Association.
Even though the data is five years old, "if I had to guess, things would not be that different if we looked in 2016," said Dr. Sara Cosgrove, an associate professor of infectious disease and epidemiology at Johns Hopkins University in Baltimore. "There hasn't really been a lot of work dedicated to improving antibiotic use."
Many of these misused antibiotics are likely prescribed due to misunderstanding between doctors and patients, said Cosgrove, who wrote an editorial that accompanied the study.
"Really, when patients ask for an antibiotic, to some degree they may be asking, 'Please give me something that will make me feel better,' " Cosgrove said. "If we know that an antibiotic is really not likely to make people feel better, we still can provide alternatives for symptom relief that will help people feel better. We need to redirect our thinking a little bit on both sides."
Fleming-Dutra agreed. "Doctors think the patient wants antibiotics, and they want the patient to be satisfied with their care, so that often drives clinicians to prescribe when they shouldn't," she said.
"Probably most patients can be satisfied without antibiotics, even if they expect them. But it takes more communication between the clinician and the patient to help everybody understand what's best in those circumstances," Fleming-Dutra concluded.
To restrict antibiotic use, Cosgrove pointed to a very simple solution evaluated by a recent study -- a poster placed in doctors' waiting rooms indicating a commitment to avoiding antibiotic overuse.
The poster was associated with a 20 percent drop in antibiotic prescriptions, because hanging the poster created "buy-in" among doctors and provided patients a better understanding of the issue before they got to the exam room, she said.
"By the time the patient-doctor interaction happens, they're more on the same page," Cosgrove said.
Doctors also could be required to justify in writing any antibiotic prescription they hand out. "It has a modest impact, kind of giving you that little poke -- you know, you should feel a little guilty about this, maybe you shouldn't do it," she said.
Researchers also are working on rapid tests that can distinguish viral infections from bacterial infections, so antibiotics aren't wasted against viruses, Cosgrove said. However, these tests will cost more than cheap antibiotics, and will take some time to develop.
"It's complex, because all humans are colonized in respiratory tracts with bacteria. You can't just take a swab of your mouth and look for bacteria, because they're going to be there," Cosgrove said.
Such tests will have to be able to distinguish "bad" bacteria from normally occurring bacteria, she said.
SOURCES: Katherine Fleming-Dutra, M.D., pediatrician and epidemiologist, U.S. Centers for Disease Control and Prevention; Sara Cosgrove, M.D., associate professor, infectious disease and epidemiology, Johns Hopkins University, Baltimore; May 3, 2016, Journal of the American Medical Association
HealthDay
Copyright (c) 2016 HealthDay. All rights reserved.
News stories are provided by HealthDay and do not reflect the views of MedlinePlus, the National Library of Medicine, the National Institutes of Health, the U.S. Department of Health and Human Services, or federal policy.