Family Edge looks at news and trends affecting the family in the light of human dignity. Our focus is the inspiring, creative, humorous, annoying, ridiculous, and dangerous ideas in the evening news. Send tips and brainwaves to the editor, Tamara Rajakariar, at tamara.rajakariar@ mercatornet.com - See more at: http://www.mercatornet.com/family_edge/view/parents-church-attendance-linked-to-positive-child-development/17771#sthash.dtlEup44.dpuf 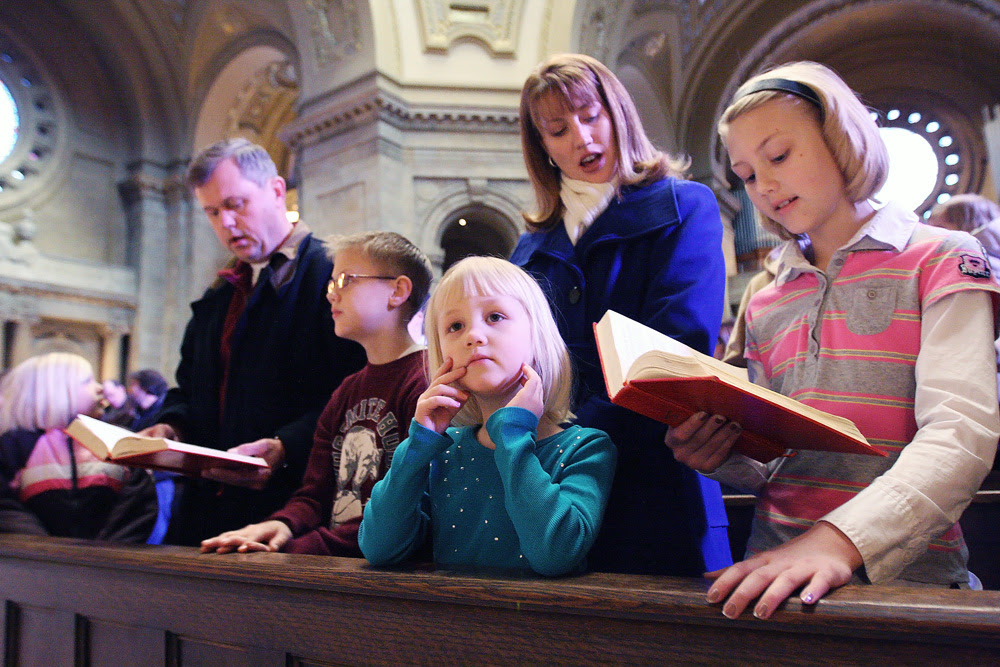 “A bipartisan group of state lawmakers on Tuesday unveiled a plan to expand access to early learning programs for Minnesota’s neediest children,” according to the Twin Cities Pioneer Press, though the plan may not have enough steam to move ahead.

“A Better Chance”—or ABC Act—would make preschool scholarships, for birth through age five, available to more of the state’s at-risk children. The legislation would also fund the Parent Aware Rating System, which is used to help decide if early-learning programs should be eligible for state scholarships, and expand “home-visiting programs providing support for low-income families and the health and development needs of their children.”

All laudable goals, to be sure, but research indicates that there is much, much more to early childhood education than the number of state-funded programs available.

The New Research - Better than preschool

For at least a generation, policy elites have considered “early education”—a euphemism for more institutional daycare and nursery schools—the Rosetta stone that unlocks the mysteries of the healthy development of young children. Yet a study by researchers at Mississippi State University, finding “robust and quite clear” links between parental church attendance and several measures of child development, suggests that the well being of children depends more on parents than on parental substitutes.

Crunching data on more than 21,000 children enrolled in kindergarten and first grade from the spring 2000 wave of Early Childhood Longitudinal Study-Kindergarten Class, the sociologists discovered that among several aspects of parental religiosity, church attendance exerts a consistent and positive effect on five measures of child development. A father’s and a mother’s church attendance, they found, each strongly correlated with a child’s “approach to learning” as evaluated by parents and by teachers (p<.001 for all four coefficients). In other words, the more that a child’s mother or father participates in public worship on a weekly basis, the higher the rating of a child’s eagerness to learn, variety of interests, creativity, persistence, and responsibility.

Each of these two church attendance variables was also strongly linked to evaluations of child self-control by parents and teachers (p<.001 for three coefficients, p<.05 for one), to the evaluation of a child’s social interaction by parents (p<.01 for both), and the evaluation of a child’s interpersonal skills by teachers (p<.001 for mother’s attendance, p<.05 for father’s). In addition, the two independent variables yielded numerous, although not all, statistically significant correlations with scales measuring child sadness/loneliness and impulsiveness/overactiveness.

A third variable, “both parents attend [church] frequently,” was statistically associated with all five measures of child development as rated by parents and teachers (p<.05 for nine coefficients; p<.10 for one).

Explaining their findings, the researchers emphasize the “multiplicative effect” of parental church attendance on the well being of children: “It is not simply generic homogamy (couple similarity regardless of religiosity), but rather the amount of religion (e.g., stocks of ‘religious capital’) that a couple can jointly import into the family that bolsters child outcomes, especially for child performance outside the home.” Given how much policymakers are looking for ways to boost the “school readiness” of children, these findings point to an overlooked and often ignored means to that end.

This article has been republished with permission from The Family in America, a publication of The Howard Center. The Howard Center is a MercatorNet partner site.
- See more at: http://www.mercatornet.com/family_edge/view/parents-church-attendance-linked-to-positive-child-development/17771#sthash.dtlEup44.dpuf

After Super Tuesday, both Donald Trump and Hillary Clinton are looking like the candidates in November's election. It has been a baffling turn of events. Even Mr Trump, who is seldom at a loss for words, said, “I don’t understand it. Nobody understands it.” But when the dust has settled and the analysts have finished poring over the figures, I suspect that family structures might prove to be an important factor.
Recent statistics show that about 40 percent of American children are born out of wedlock (if that's not too old-fashioned a term) and that 55 percent of teenagers live in families where their biological parents have rejected each other. Broken homes are associated with poverty, personal instability, and poor employment prospects. In this year's election campaign, this might encourage people to vote for an anti-establishment figure like Mr Trump.
The incredibly hostile reaction to a couple of articles in the National Review this week supports this. One article by staff writer David French received well over 2000 comments in a single day, many of them promising to cancel their subscriptions and calling the author a repulsive scumbag. What he was describing was the chaotic family life of Trump supporters in the white working class:
Yet millions of Americans aren’t doing their best. Indeed, they’re barely trying. As I’ve related before, my church in Kentucky made a determined attempt to reach kids and families that were falling between the cracks, and it was consistently astounding how little effort most parents and their teen children made to improve their lives. If they couldn’t find a job in a few days — or perhaps even as little as a few hours — they’d stop looking. If they got angry at teachers or coaches, they’d drop out of school. If they fought with their wife, they had sex with a neighbor. And always — always — there was a sense of entitlement.
These are strong words, but they contain at least one truth: family structure is going to have an impact upon politics. If you mess with the family, you mess with the nation.