By Sally Robertson, B.Sc.Feb 13 2019Reviewed by Kate Anderton, B.Sc.
A survey conducted by Jo’s Cervical Cancer Trust has found that a “concerning” level of misunderstanding and stigma surrounding human papilloma virus could be putting women off going for life-saving cervical smear tests. 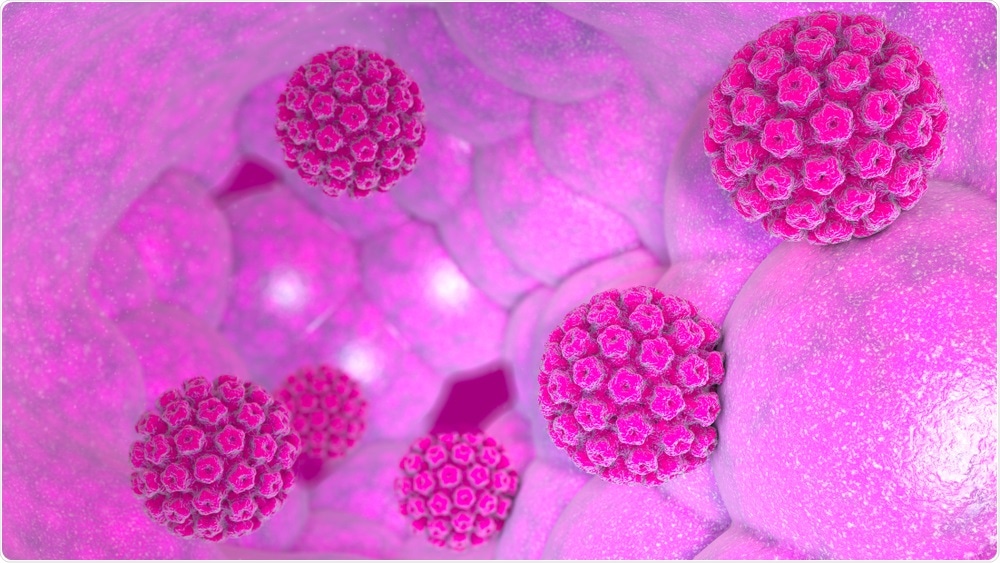 Naeblys | Shutterstock
The survey, which included more than 2,000 women, found that 40% were concerned a positive result would mean their partner had been unfaithful, 40% were worried about what others may think of them having the virus and two-thirds would be worried it meant they had cancer.
The charity’s chief executive Robert Music says the level of misunderstanding surrounding HPV must be addressed:

Most people will get the virus in their lifetime so it is worrying to see such high levels of fear or shame associated with it. With the screening programme moving to testing for HPV first, which is to be celebrated, we must normalise the virus to ensure people fully understand what it means to have it.”
Robert Music, Jo’s Cervical Cancer Trust

Of the women who completed the survey, only 15% realised how common HPV infection is. One-third were unaware of the link between HPV and cervical cancer and the majority were unaware that it could cause throat and mouth cancer.
It is hoped that by addressing the level of misunderstanding and stigma surrounding HPV, more women will take up their invite to have a test and turn up to their appointment.
Screening women for HPV will mean those at risk can be identified at an early stage and prioritised for further tests if necessary.
The NHS will soon roll out a new cervical cancer screening regime that is expected to reduce the number of women diagnosed each year by one-fifth. The new regime tests for HPV first, rather than the abnormal changes to cells caused by infection with the virus, which is the current approach.

Testing for the virus is a better way to identify people who may have changes in their cervix, which, if left untreated, could develop into cervical cancer. So HPV screening is an excellent way to prevent cervical cancer from developing in the first place.”
Sara Hiom, Cancer Research UK

HPV screening would also mean that women who are categorized as low risk could safely be checked once every every five years rather than every three, as is the current standard.
Source:
Having HPV 'isn't rude or shameful'
Publicado por salud equitativa en 10:49