Holy herb identified as a potential treatment for Alzheimer’s disease

Holy herb identified as a potential treatment for Alzheimer’s disease

By Lois Zoppi, BAFeb 22 2019Reviewed by Kate Anderton, B.Sc.
Whilst analyzing a number of plant extracts, scientists have discovered that Yerba santa (Eriodictyon californicum) has notable neuroprotective properties. Yerba santa, also known as the ‘Holy Herb’, may have important implications for patients with Alzheimer’s disease. 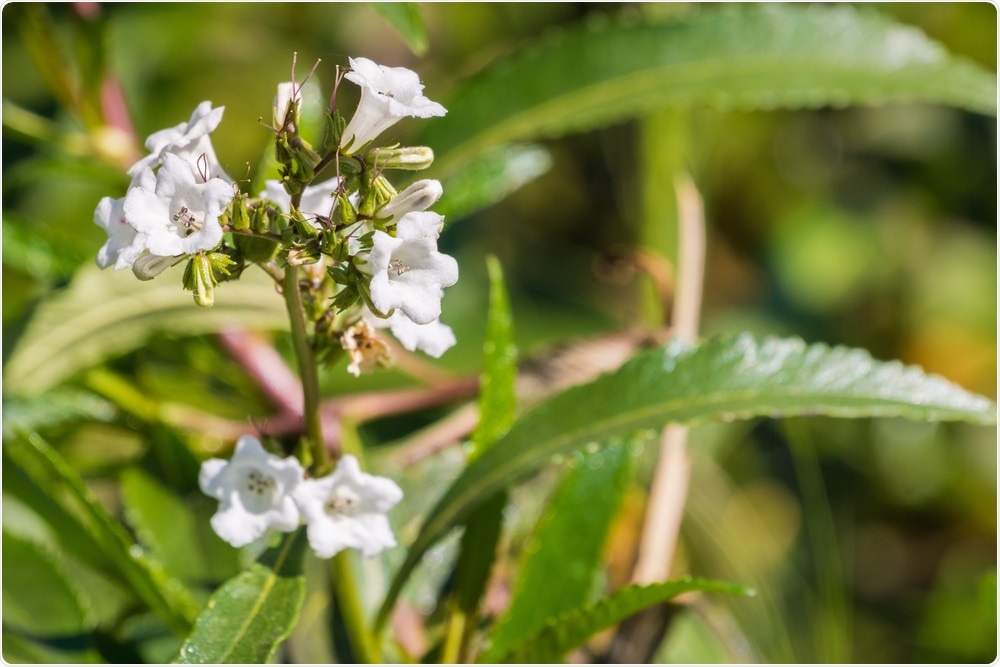 Sundry Photography | Shutterstock
Alzheimer’s disease affects around 50 million people every year, and this figure is expected to rise to 152 million in 2050, according to the 2015 World Alzheimer’s report.
Alzheimer’s disease is a degenerative neurological condition that affects a number of different brain functions, and early symptoms include minor problems with memory.
As a progressive condition, the symptoms build gradually over time and can eventually include confusion, changes in personality, hallucinations, problems with language and speech and difficulty moving around independently.
The cause of Alzheimer’s disease is not fully understood, but several risk factors have been identified that could increase a person’s chances of developing the disease.
These risk factors include increasing age, a family history of Alzheimer’s, lifestyle factors linked to cardiovascular disease, and even untreated depression.
Aging is the main risk factor for Alzheimer’s disease, and the team at the Salk Institute says there is a “strong rationale for an alternative approach to drug discovery” based on aging.
Out of a library of 400 plant extracts, the plant Yerba santa was shown to contain a highly neuroprotective flavonoid; the flavanone sterubin. Subsequent tests showed this to be a compound with “potent” neuroprotective and anti-inflammatory properties.
Used by Native Californian tribes, Yerba santa, also known as the “holy herb”, is well known for its medicinal uses. Historically it has been used to treat a number of respiratory conditions, fevers, bruises, infections, and headaches.
The sterubin found in yerba santa had significant effects on energy depletion and inflammation of microglial cells in particular. The research also found that sterubin was an effective iron chelator, with the study explaining, “iron can contribute to nerve cell damage in aging and neurodegenerative diseases.”
Publishing the study in Redox Biology, senior author of the study Dr. Pamela Maher said that “not only did sterubin turn out to be much more active than the other flavonoids in yerba santa in our assays, it appears as good as, if not better than, other flavonoids we have studied.”
Sterubin was also tested for its effect on other age-associated neurotoxicity’s linked to the build-up of misfolded aggregated proteins and inflammation present in Alzheimer’s disease, and it was found that is was effective against a number of cell death inducers.
Emphasizing the importance of age as a risk factor for Alzheimer’s disease, Maher claims:
“Researchers are looking at ways to counter aging’s effects on the brain. Our identification of sterubin as a potent neuroprotective component of a native Californian plant […] is a promising step in that direction.”
The researchers aim to study the effects of the flavanone sterubin on living Alzheimer models in mice to then determine its toxicity levels.
Using synthetic derivatives of sterubin the researchers believe that human test could be carried out soon. They finalize their study by saying:

We believe that sterubin deserves further examination in the context of [Alzheimer’s disease], as well as other neurodegenerative diseases.”