By Sally Robertson BScMay 29, 2018
A team of researchers from Ruhr-Universität Bochum (RUB) have identified an olfactory receptor in the human bladder that could prove useful in the diagnosis and treatment of bladder cancer. 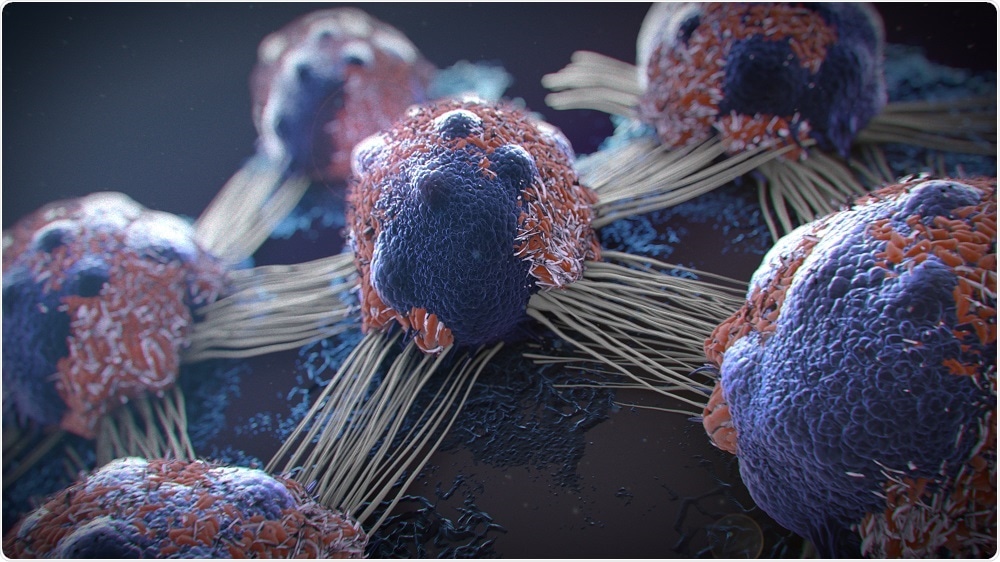 Credit: Javier Regueiro/Shutterstock.com
Professor Habil Hanns Hatt from Ruhr-Universität and colleagues found that the receptor is expressed more frequently in bladder cancer tissue than in healthy bladder tissue and that increased amounts of the receptor is found in the urine samples of patients with bladder cancer.
As reported in the journal Frontiers in Physiology, the researchers have shown that the receptor, called OR10H1, responds to sandalwood scents.
They found that when the sandalwood oil component Sandranol activates OR10H1 in bladder cancer cells, the cells become rounder, undergo less cell division and display poorer cell motility.

Consequently, OR10H1 might perhaps be used as biomarker for the diagnosis of bladder cancer with urine samples.”
Burkhard Ubrig, Co-Author

In a related study published in the journal Frontiers in Oncology, the olfactory receptor OR2B6 was found exclusively in breast cancer tissue and, according to the authors, could potentially be used as a specific biomarker for breast cancer diagnosis.
Hanns Hatt says both studies have confirmed that particularly high amounts of such receptors can be found in tumor cells.
“In future, they will play an important role not only in the diagnosis of diseases, but, first and foremost, they will provide novel approaches in tumour therapy,” he concludes.
Source:
https://www.alphagalileo.org/en-gb/Item-Display/ItemId/164197?returnurl=https://www.alphagalileo.org/en-gb/Item-Display/ItemId/164197
Publicado por salud equitativa en 10:17