By Dr Ananya Mandal, MDMarch 12, 2018
According to a new study, the level of empathy we display may not be a result of our experiences and upbringing alone but also genetic. Researchers from Cambridge studied and made this novel discovery that appeared in the latest issue of the journal Translational Psychiatry. 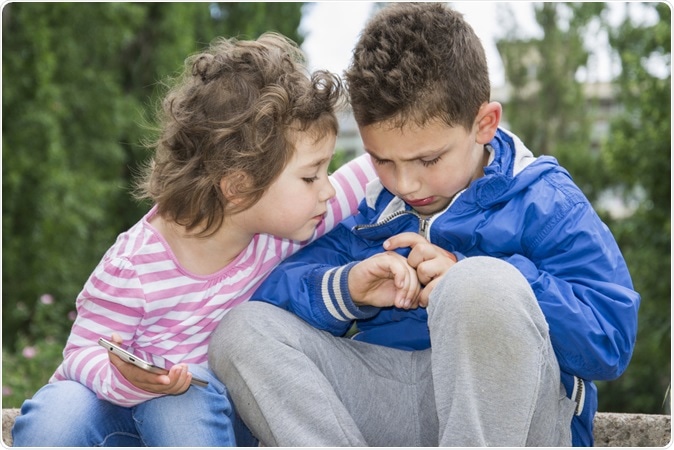 Image Credit: Tsomka / Shutterstock
The researchers explain that empathy maybe of two types
University of Cambridge researchers, fifteen years ago, had developed the Empathy Quotient (EQ) which was a measure of empathy. It was measured using a questionnaire. EQ studies have shown the differences in empathy among individuals. Women usually tend to be more empathic for example than men. Further people with autism show low scores in cognitive empathy but may score normally on affective empathy.
The team of researchers now were working with 23andMe - a genetics set up along with other scientists and looked at over 46,000 participants who were customers of the company. These participants filled in an online questionnaire and then provided a sample of their saliva for genetic analysis. Varun Warrier, a PhD student at the Autism Research Centre, Cambridge was the study leader who was guided by Professor Simon Baron-Cohen, Director of the Autism Research Centre at Cambridge University, Professor Thomas Bourgeron, of the University Paris Diderot and the Institut Pasteur, and Professor David Hinds, Scientist at 23andMe.

Results from the study showed one tenth of the variation in EQ comes from genetic factors. Earlier studies have tried to explore EQ differences in identify\cal twins who have same genetic makeup to determine the genetic influences. The study confirmed a higher EQ among women than men but this difference was not found to be genetic. This gender difference in EQ was found to be due to other non-genetic factors such as hormonal influences before birth, socialization etc.
The study also noted that those who had a genetic predisposition to a lower EQ also tended to be at a greater risk of being autistic. According to Warrier, this study showed the “small but important role that genetics plays in empathy.” He added that this however was only one tenth of the study. 90 percent of the empathy was determined by non-genetic factors. According to Bourgeron the specific genes have not yet been identified. The next step in the research would be to identify the genes and the molecular pathways that are responsible for empathy in individuals. Dr David Hinds added that this study opens new avenues that help understand the connections between genes and human behavior. Professor Simon Baron-Cohen also said that this could benefit autism understanding as well.
According to Warrier no two autistic individuals are alike. At present algorithms and tools have predicted this genetic connection but further studies and deeper understanding of this connection is needed. This is an important new step in that direction he explained.
Reference: Genome-wide analyses of self-reported empathy: correlations with autism, schizophrenia, and anorexia nervosa, by V Warrier, R Toro, B Chakrabarti, iPSYCH-Broad Autism Group, Grove J, Borglum AD, D Hinds, T Bourgeron, and S Baron-Cohen. Translational Psychiatry. https://www.nature.com/articles/s41398-017-0082-6
Publicado por salud equitativa en 8:44