By Cashmere Lashkari
While most people take great care of their bodies and ensure that they get enough exercise, not enough attention is paid to oral hygiene. This involves looking after your teeth and gums to ensure that they are healthy and functioning optimally.

Credit: Y Photo Studio/Shutterstock.com
The two main problems that can occur are teeth decay and gum disease. Both these conditions are initiated by the presence of tartar or plaque in the mouth. Tartar is formed as a direct result of neglecting oral hygiene. It is easily possible to prevent these problems by avoiding the formation of tartar.

Tartar, also known as plaque, is a coating that can be found on the teeth starting from the gum area, and coating the surface of the tooth. It is essentially a sticky layer of different types of bacteria which will end up causing tooth decay and gum disease. The exact type of bacteria will differ from person to person.
If not removed, the tartar will eventually become calcified, which is to say it will harden into a brittle layer. This hardened tartar is known as dental calculus. Bits of this calcified tartar may break off and enter the digestive system and further on into the person’s blood. This can cause a narrowing of the blood vessels when deposits of calculus begin coating the passage.

Tartar or plaque is a combination of bacteria and an extracellular matrix that adheres to the outer surface of the tooth. The development of plaque starts with the attachment of the pellicle or thin layer of salivary proteins to the surface of the tooth. Gram positive facultative cocci then begin to stick to the pellicle and multiply.
As the bacteria begins to colonize the surface of the tooth, other species such as Veillonella, Actinomyces, and Capnocytophaga, which are both gram positive and negative bacteria, begin to contribute to the colonization and creation of the plaque. Between the first and third week, if the plaque is not removed, an anaerobic environment is created.
Late colonization will see bacteria such as Porphyromonas gingivalis, motile rods, and treponema species join the plaque formation. The microbial population will have different compositions based on the site, available substrate, salivary components, and hygiene practices of the individual. The longer the plaque is ignored, the more the likelihood of various teeth and gum diseases coming to pass.

Why is tartar harmful?

The first harmful aspect of having tartar may be cosmetic. The teeth get stained and the white layer on them looks ugly. However, the second aspect is more dangerous as it affects the health. Having a layer of plaque on the teeth and gums means they are more vulnerable to disease. As the tartar grows on the surface of the teeth, they will begin to decay and cavities will form in the enamel. Even though enamel is one of the strongest substances in the human body, if plaque is not removed in time, it will develop small holes.
As the calcification of the plaque takes place, the hardened substance causes even more problems for the gums. The inflammation of the gums can lead to them bleeding, discoloration, and tenderness. The swelling of the gums is often accompanied by bad breath. The gums may also recede due to the infection. Once the tartar hardens, it is called dental calculus. The hardened calculus irritates the gums and makes them bleed. 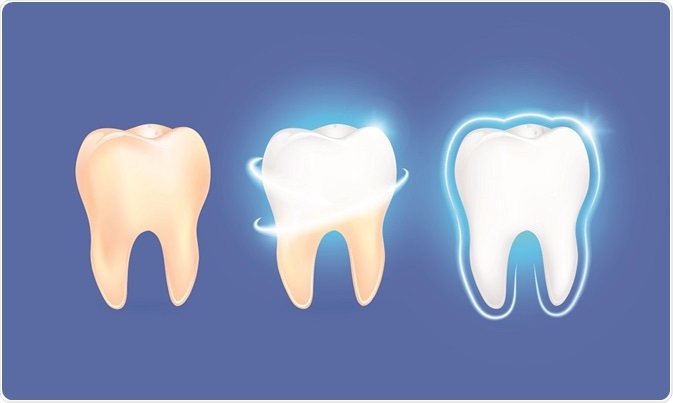 How to eliminate tartar

Brushing: Brushing your teeth with a fluoride toothpaste is a must. Dentists recommend brushing twice a day. The teeth should be brushed for two minutes, giving you time to clean all the surfaces of each tooth. Use a toothbrush with soft bristles so that you do not end up hurting the gums.
Flossing: Only 40% of tartar is removed by brushing. There is plaque between the teeth which is removed by flossing. The interdental spaces and areas under the gum line are better handled while flossing. Ideally, floss after each meal.
Mouthwash: Use a mouthwash regularly after meals. Even better if the mouthwash has fluoride. If you already are struggling with tartar, try and get your dentist to recommend an antibacterial mouthwash.
Eating healthy: As food rich in sugar and starch are a rich breeding ground for the bacteria in your mouth, try and avoid them. Eat healthier food like raw fruits and vegetables that not only give your body many nutrients but also help in the cleansing action of the teeth while chewing because they have plenty of roughage.
Regular dental check-ups: Most people avoid going to the dentist till something is wrong. Instead visit the dentist regularly every six months. This will ensure that nothing actually goes wrong with your teeth. Having a professional cleaning done also helps prevent tooth decay and gum disease.
Reviewed by Susha Cheriyedath, MSc