By Liji Thomas, MD
Inflammation is a pathway triggered by the exposure of the innate immune system to injury, infections or noxious stimuli. Gluten is a structural component of wheat that may induce gut inflammation and is thus not recommended for individuals with celiac disease. 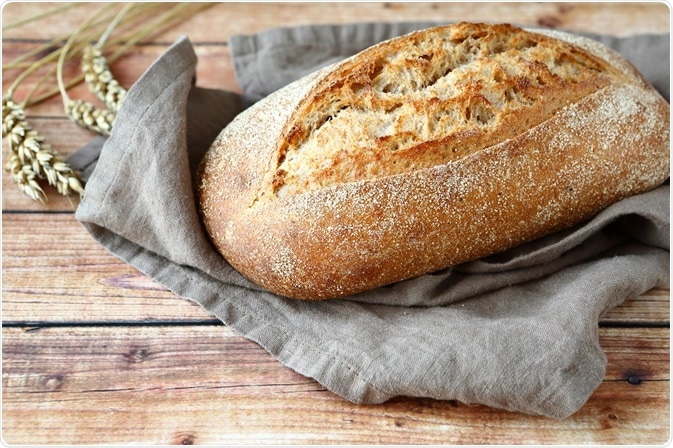 Credit: Olha Afanasieva/Shutterstock.com
Sustained exposure or abnormal continuous activation of the immune cells to such stimuli can lead to chronic inflammation. Chronic inflammation is characterized by persistently elevated levels of proinflammatory serum markers including interleukins, acute phase proteins and interferons.
The reasons for such prolonged inflammatory responses are unclear, but may be due to a genetic predisposition, stress (physical and/or psychological), and dietary imbalances in the form of excessive content of certain simple carbohydrates and proinflammatory lipids. One such component arising from carbohydrates in certain grains is gluten.

Gluten is a structural protein, which makes up about 80% of the wheat protein. It consists mostly of glutenins and gliadins. Gliadin molecules carry antigenic sites, which can cause immune activation resulting in celiac disease (a gut inflammatory disease). This is characterized by inflammation of the gut mucosa, atrophy of the intestinal villi, abnormally increased gut permeability and malabsorption.
Celiac disease is mediated by T-lymphocyte activation or innate immune response upon exposure to and recognition of the gliadin immunomodulatory peptide (GIP), produced by the deamidation of glutamine residues at specific locations. This process in turn is partially dependent upon tissue transglutaminases. Over 99% of celiac patients have HLA-DQ2 or HLA-DQ8 (which is present in only about 30% to 40% of the general population), and they have elevated levels of serum antibodies to various gut tissue components.

Gliadin produces a nonspecific inflammation in all individuals with this genotype, but to a significantly higher level in patients with celiac disease. Different domains of the gliadin protein molecule may be responsible for the various aspects of celiac disease, including cytotoxicity, gut permeability and mucosal inflammation.
This process damages the intestinal barrier, which is responsible for the absorption of nutrients as well as for confining toxins within the gut lumen. Such damage allows increased contact and interaction between these molecules and the cells of the innate and adaptive immune system within the lamina propria of the intestinal mucosa, via transcytosis.
In addition, epithelial microfold cells actively transport antigens in food as well as on gut bacteria into the immune system to promote either an immune reaction or immune tolerance. These cells do not normally allow large peptides and proteins to pass, but a breakdown of this barrier causes a higher rate of antigen passage and reaction with the immune system. 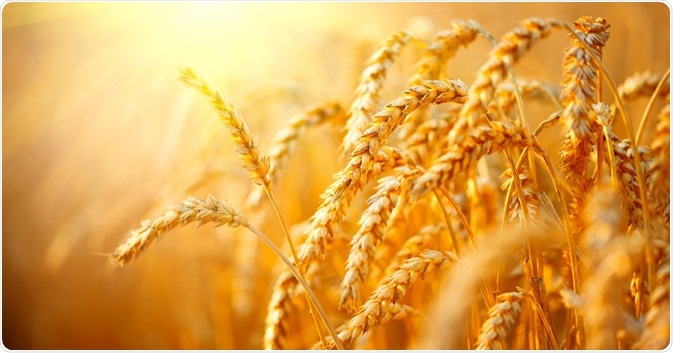 Gluten is believed to be the main trigger of celiac disease in genetically predisposed individuals. Gluten intolerance can occur in individuals who do not have celiac disease, but surprisingly, these patients only develop symptoms after many years of exposure. The explanation may be that the HLA type affects some resident gut bacteria.
Immune response to these bacteria may worsen the pathological changes that occur in severe celiac disease by allowing proinflammatory bacteria to proliferate at the expense of other species. This encourages anti-inflammatory reactions. The eventual outcome of the weakening of the mucosal barrier is the manifestation of gluten intolerance in these individuals.
Reviewed by Jonas Wilson, Ing. Med.