A new study conducted by researchers at Wright State University has provided insights into the response of motor nerve cells in motor neurone disease, or amyotrophic lateral sclerosis (ALS). 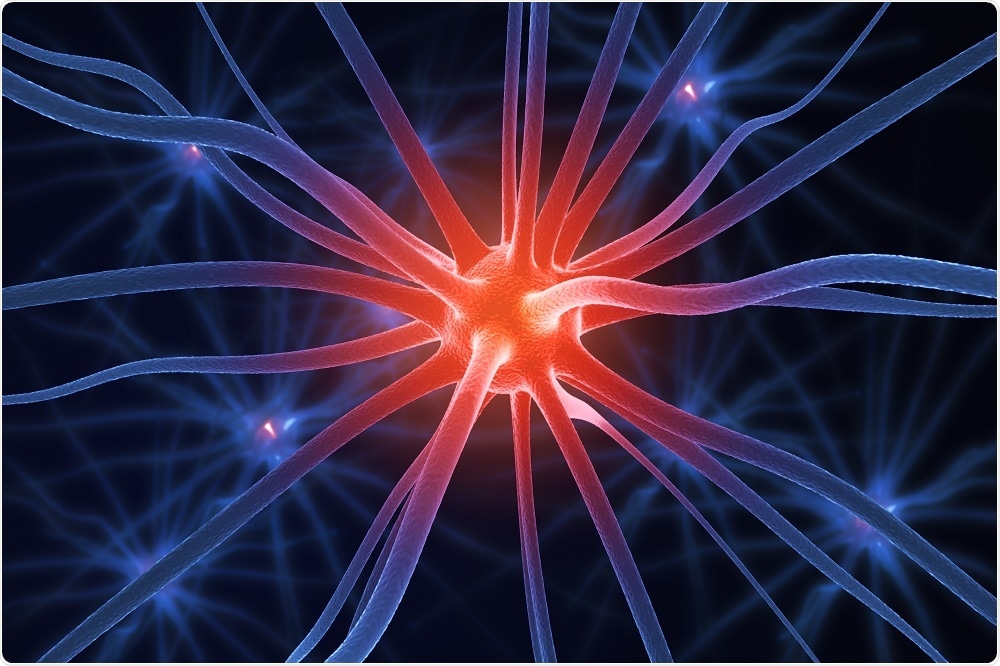 Credit: Who is Danny/Shutterstock.com
Motor neurone disease is associated with the death of neurons. The onset of the disease leads to gradual loss of muscle function, followed by paralysis and eventually death due to breathing inability
Currently, there is no treatment available to inhibit, reverse, or cure ALS. Most people with ALS die within 3 to 5 years from when symptoms first appear.
The research, which was recently published in The Journal of Physiology, involved the study of the mechanisms by which the neurons alter their size and aimed to identify new approaches to inhibit the motor nerve cell death.
Formers studies involving animal models of ALS have reported inconsistencies in the size variations of motor neurons. The current research work was the first to reveal that motor neurons undergo variations in their size over the course of disease progression, which differs based on the type of neuron affected.
The researchers identified and measured the variations in the size of motor neuron types in a mouse model of familial ALS. The motor neurons were studied at every stage of the disease in order to monitor the onset and progression of the disease.
Specific antibodies were used as biomarkers to bind to the structure of motor neurons so that they could be observed under high-power microscopes, and a computer program is used to carry out the three-dimensional measurement of the size and shape of a motor neuron 's cell body.

The study found that some affected motor neurons increase in size before dying, whereas others do not increase in size and are more resistant to neuronal cell death. These variations in the size of the motor neural cells have a significant impact on their function and survival as the disease develops.
The current study implies that motor neurons might undergo variations in their characteristics as a response to the disease in order to compensate their functional loss. However, these changes can lead to early cell death. In addition, the current study supports the idea that the most vulnerable motor neurons undergo unique changes that might have deleterious effect on their surviving ability.
One limitation of the study is that it was performed on a single mouse model of ALS, which was the most aggressive mouse model. Therefore, future studies will focus on other mouse models of ALS in order to determine how relevant these results are likely to translate in human patients.

This research approach could be applicable not only to ALS, but also to other neurodegenerative diseases, such as Alzheimer's and Parkinson's diseases. This new understanding could help us to identify new therapeutic targets for improving motor neuron survival."
Sherif M. Elbasiouny, Lead Investigator