Middle aged women with high physical fitness are 90% less likely to develop dementia in the future, according to a recent study. 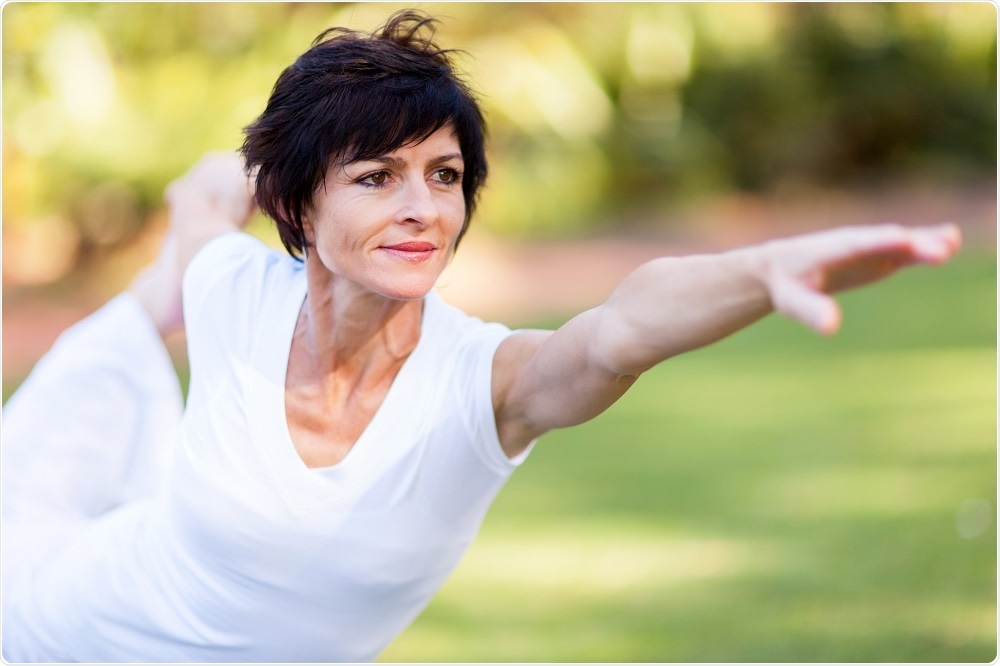 Credit: michaeljung/Shutterstock.com
The researchers measured the peak cardiovascular capacity of 191 women, with an average age of 50. This was evaluated using a bicycle test, where women were instructed to cycle until they were too tired to continue.
At 103 watts, the average peak workload was evaluated. A total of 40 women fulfilled the criteria for a high fitness level, or 120 watts or higher; 92 women were in the medium fitness category; and 59 women were in the low fitness category.

Women in the lowest fitness category had a peak workload of 80 watts or less, or ended the test early due to chest pain, high blood pressure, or other cardiovascular conditions.
Over the next 44 years, the women participants were subjected to dementia test for six times. During the study period, 44 of the women developed dementia, of which, 5% were women with high physical fitness, 25% were women with moderate fitness, and 32% were women with poor physical fitness.
Overall, women with high physical fitness were 88% less likely to develop dementia, compared to moderately fit women. They also found that women with high physical fitness develop dementia much later than women with moderate fitness, with the average age of onset differing by 11 years (79 years of age compared to 90 years of age, respectively).
Among the women who had discontinued the exercise test due to cardiovascular conditions, 45% developed dementia after several years.
Dr. Hörder added: "This indicates that negative cardiovascular processes may be happening in midlife that could increase the risk of dementia much later in life."
The authors note that the study was limited by the relatively small number of participants involved and the lack of ethnic minorities (all of the women were from Sweden), therefore the results of the study may not be applicable to populations from other parts of the world.
In addition, the women's fitness level was evaluated only once, hence variations in fitness level over time were not captured.

These findings are exciting because it's possible that improving people's cardiovascular fitness in middle age could delay or even prevent them from developing dementia."
Dr. Helena Hörder, Lead Author, The University of Gothenburg