By Liji Thomas, MD
Obesity is a known risk factor for the development of many cancers in women. Obese women not only have a higher risk of developing breast cancer, but treatment and outcomes are also affected by their body mass. 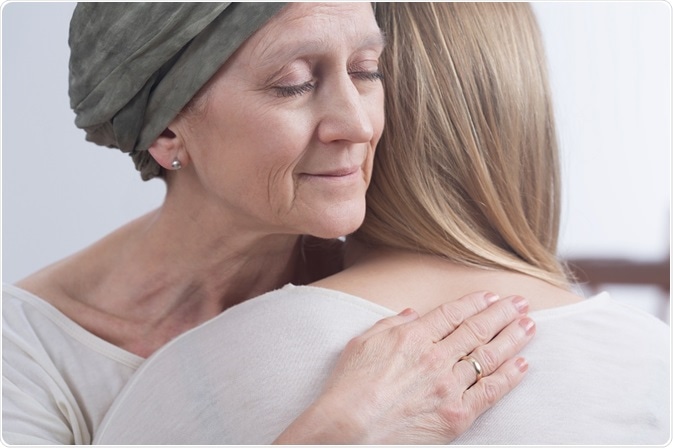 Credit: Photographee.eu/Shutterstock.com
In both pre- and postmenopausal women, increased body weight is a risk factor for oncogenesis in the breast. However, it is believed to be protective in very young premenopausal women with a negative family history who live in developed nations. Further, more fatty tissue is thought to have a favorable effective when diagnosis is made at a more advanced stage with more widespread or more aggressive tumors. Nonetheless, survival is generally poorer in obese women at all ages.

Body fat is related to postmenopausal cancer rather than the body mass index (BMI) or body weight, and especially visceral or abdominal fat, which is found to be increased by 45% on average as compared to controls in one study.
This parameter is related to increased estrogen levels in the form of estrone, estradiol and free hormone levels. In premenopausal women, this relationship is unclear because the ovary is the chief source of estrogens.
In postmenopausal women, on the other hand, estrogen is produced in peripheral adipose tissue via the aromatase enzyme, which is richly found in breast fatty tissue and tumor cells. This enzyme converts adrenal and ovarian androgens into estrogens. The local activity of this enzyme leads to higher local concentrations of estrogens in the tumor.
This is regulated to some extent by the cytokines TNF-alpha and IL-6.  They can act in either a positive or negative manner to increase or decrease aromatase activity, which is also regulated by the use of aromatase inhibitors in the treatment of breast cancer.
Estrogen levels are 15% higher on average in women with postmenopausal breast cancer, and the cancer risk is doubled at the highest levels, especially in those with both estrogen and progesterone receptors. Any increase in mean serum estrogens is associated with a higher risk of breast cancer according to recent findings.
The relationship between estrogen and hormone receptors is important in breast cancer treatment, as well as in determining treatment outcomes. Estrogen and progesterone receptors, as well as the human epidermal growth factor receptor 2, are active in many of these tumors.
ER-α receptors promote cell proliferation, while ER-β receptors are associated with better outcomes. Thus, the ER+/- status of a tumor refers primarily to the presence of ER-α receptors. ER positivity is more common in obese postmenopausal women and those with a history of weight gain between 20 and 50 years. 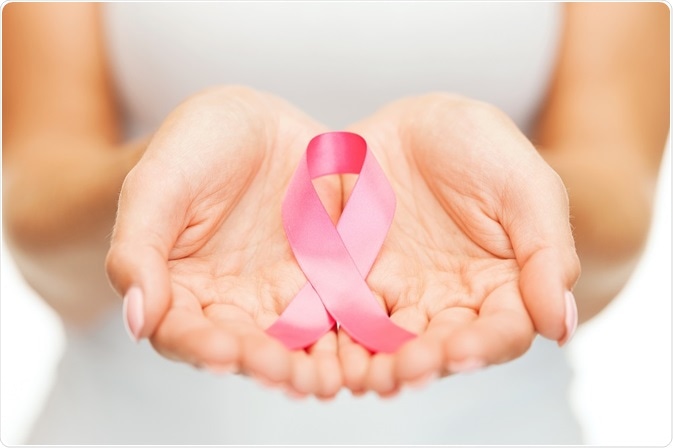 Progesterone receptors are also of two forms, PR-A and PR-B, both activated by the same gene, but mediated by different promoters. Both forms are therefore referred to as PR and their positivity is related to obesity in postmenopausal women. It is notable that receptor concentrations are directly related to the amount of weight gained, particularly in adult life.
HER-2 receptors bind a growth receptor, which promotes tumor cell proliferation and therefore indicates aggressiveness. The level of this receptor is reduced with increasing obesity in postmenopausal, but not premenopausal women. On the other hand, when measured in association with PR, the correlation was positive for body weight. This may indicate that the hormone receptors are more important than HER-2 in early tumor growth, but this becomes negative as the tumors continue to grow.
Weight reduction in obese subjects reduces estrogen levels in the blood and increases the concentration of sex hormone binding globulin (SHBG) in the blood. A recent study showed an 85% reduction in breast cancer incidence following obesity reduction by gastric bypass surgery.

Obesity is associated with insulin resistance and hyperinsulinemia, which mediates its growth-promoting activities via insulin-like growth factor-1 (IGF-1) and IGF-binding proteins. It also is associated with oxidative and inflammatory stress, endocrine dysfunction and immunologic abnormalities, all of which promote tumor development.

This protein, produced from fat cells, is found in elevated concentrations in obese individuals, and its receptor is present along with ERα in cancer cells derived from breast cancer lines. Different isoforms are expressed on ER+ and ER- cell lines. Leptin is a promoter of cell proliferation. There is increased expression of aromatase and thus increased estrogen synthesis.

This protein is reduced in obese subjects, and its receptors are found on both ER+ and ER- cell lines from human breast cancer. It is an inhibitor of cell proliferation, but of ER+ lines at a lower concentration. It may also promote apoptosis in breast cancer cells.
Reviewed by Jonas Wilson, Ing. Med.