By Sally Robertson, BScMarch 12, 2018
Researchers have established a link between childhood trauma and common symptoms of schizophrenia that could lead to the development of more sensitive, tailored and effective treatments for young patients with schizophrenia. 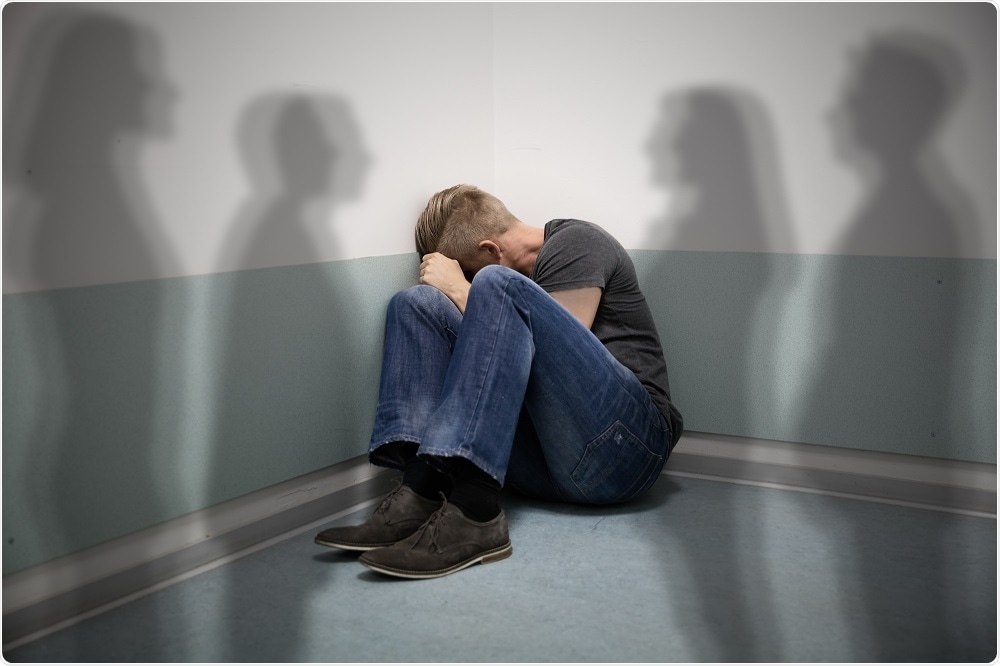 Credit: Andrey_Popov/Shutterstock.com
Researchers from Orygen, the National Centre of Excellence for Youth Mental Health; the University of Melbourne; Port Phillip Prison and University Hospital of Gran Canaria Dr Negrin, Spain conducted a meta-analysis of 29 studies on childhood trauma and psychotic symptoms.
As reported in the journal Schizophrenia Bulletin, the strongest finding was that all types of childhood trauma were associated with the hallucinations that occur in psychotic disorders.
Lead author Sarah Bendall (head of trauma research at Orygen) and colleagues showed that sexual, physical and emotional abuse experienced during childhood are linked to the severe hallucinations seen in schizophrenia and other psychotic disorders.
"This means there's something about childhood trauma that leads some people to develop hallucinations," says Bendall.
The study also showed that sexual abuse during childhood is associated with delusions.
The findings shed light on a long-held theory amongst clinicians that childhood trauma could be linked to hallucinations and delusions.
They also represent a crucial first step towards the development of tailored, sensitive and effective treatments for psychotic symptoms arising from trauma, says Bendall.

About 1% of individuals experience a psychotic disorder in their lives, with symptom onset usually occurring between 18 and 25 years of age. Such symptoms include hallucinations, delusions, detachment from reality, a lack of motivation or emotion and disorganized thinking.
Until now, treatment approaches to the trauma seen in psychosis have focused on post-traumatic stress disorder, as opposed to more specific symptoms such as hallucinations and delusions.
Bendall expects the new findings will not only enable patients with psychotic disorders to benefit from more refined treatments, but could offer young patients the benefit of greater self-empowerment.
Young people who attend mental health services should be assessed for trauma and emerging psychotic symptoms so that those symptoms can be treated as soon as they emerge, she said.

We can also arm young people with some of this research knowledge and then they can make decisions about the factors that may have caused their psychosis to develop or continue. It's a very empowering thing to be able to give people that information."
Sarah Bendall, Lead Author