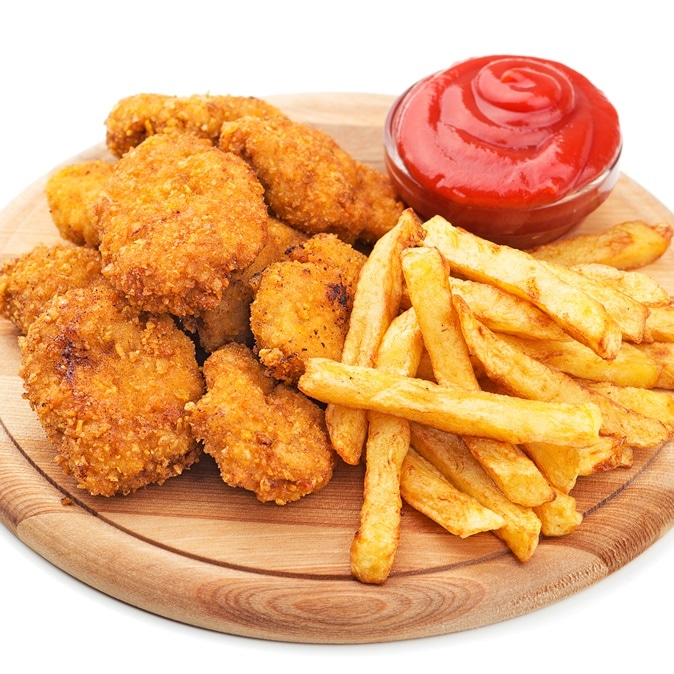 Image Credit: Nelea33 / Shutterstock
These and foods made of sugars, oils and fats entirely have always been known to be harmful when part of regular diet, this however is the first time a large study proves the actual extent of harm caused by these foods.
The team looked at 104 980 people and found that regular and increased consumption of these foods is linked to cancer risk. The team of researchers at the Universite Sorbonne Paris Cite conducted mass surveys to check what people were eating. They looked mostly at middle-aged women where were followed up for an average duration of five years. The study was titled, “Consumption of ultra-processed foods and cancer risk: results from NutriNet-Santé prospective cohort.” The results were published in the latest issue of the British Medical Journal.
The participants belonged to the French NutriNet-Santé cohort (2009-17). For each of the individuals 24 hour dietary records were taken and consumption of 3300 different food items were assessed. These were classified according to a pre-specified classification to determine their being “ultra-processed”. The team looked at presence of breast, prostate, and colorectal cancers and overall cancer risk with these diets.

The study results revealed that with a 10 percent increase in presence of these ultra-processed foods in diet, the risk of cancer detection rose by 12 percent. They found that 18 percent of the diet of the individuals in the study was ultra-processed. An average of 79 cancers per 10,000 people was detected annually among this population. They noted that with another 10 percent rise in processed foods in diet, the risk of cancers would rise by nine more cancers per 10,000 people per year.
The team concluded in the study, “These results suggest that the rapidly increasing consumption of ultra-processed foods may drive an increasing burden of cancer in the next decades.” Further studies are necessary to confirm these findings they said, however an association was clear. The reason behind this connection also needs to be understood clearly they add. They explain that people who ate higher amounts of processed foods in their diets are more likely to smoke, get less physical exercise, and consume extra calories. These factors and that they were more likely to be taking oral contraceptives, may be contributing to the extra risk of cancers.
According to Prof Linda Bauld, Cancer Research UK, diet, weight gain and cancers have been linked before and this study served as a “warning signal” that adopting a healthy diet may be helpful in more ways than one. She recommended plenty of fruit, vegetables and fibre in diet.
Reference: http://www.bmj.com/content/360/bmj
Publicado por salud equitativa en 11:07