By Cashmere Lashkari
With Relapsing-remitting MS, people may experience an acute neurologic event, whereas with Secondary-progressive MS, symptoms may get progressively worse. During the transition, people can still experience relapses whilst developing progressive symptoms. 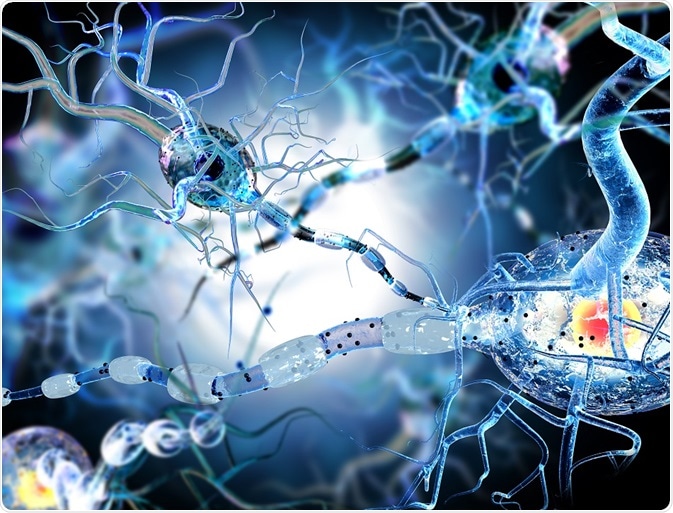 What is multiple sclerosis?

Multiple sclerosis is essentially an immune system disorder that affects the central nervous system. The brain and spinal cord are the victims of an abnormal response of the body’s immune system. The antibodies produced by the immune system attack the myelin, or the fatty cover which insulates the nerves. The damage to the myelin sheath forms scar tissue in the region which is called sclerosis. This is what gives the disorder its name.
Without an intact myelin sheath covering the nerve fibre, the impulses travelling up and down the central nervous system from the spine to the brain and back are affected. This means that different parts of the body are not being instructed properly by impulses from the brain, leading to a multitude of disabilities. Since the damage to the myelin is different in each person, the kind of symptoms and disabilities that they experience will also be different.

What are the different types of multiple sclerosis?

The disorder can run its course through four types or stages. The first is clinically isolated syndrome or CIS, in which a single incident of myelin damage is observed. The neurologic symptoms do cause an inflammation and the incident must last more than 24 hours to be a precursor to multiple sclerosis. Since only one episode has been recorded it is not clinically diagnosed as MS.
The most common course the disorder takes is that of relapsing-remitting multiple sclerosis or RRMS. Here the person undergoes attacks or relapses followed by periods of remission where the symptoms reduce or disappear altogether. The diagnosis for RRMS takes place after the second attack. At each relapse the symptoms get worse or new ones show up. More than 80% of people suffering from MS tend to suffer from this type of MS.
The final stage is secondary-progressive multiple sclerosis or SPMS. This is the stage that relapsing-remitting multiple sclerosis eventually progresses to. It is characterised by a worsening of the symptoms and increasing disability. There may also be periods of progression where the disorder becomes worse and symptoms get difficult to manage, alternating with periods without progression where the disease does not worsen.

What does the transition from relapsing-remitting ms to secondary-progressive ms mean?

Over time the relapses become worse, and the disorder is said to transition from RRMS to SPMS. In the RRMS stage of the disorder, inflammation of the central nervous system occurs primarily through the gradual worsening of old injuries. The inflammation affects the brain, spinal cord and optic nerve the most.
As the disease progresses to SPMS, inflammation gives way to gradual degeneration. The process of degeneration affects the structural and functional integrity of nervous cells. The symptoms progress at a faster pace than before and the kind of disability the patient experiences will also become worse.
As per data available with the National Multiple Sclerosis Society, 50% of the people diagnosed with Relapsing-Remitting MS will transition to SPMS within 10 years of the first MS attack. Close to 90% of the people would have made the transition by the 25th year from the onset of MS. New medications are delaying this progress.

What forms of treatment are recommended for the patient at this time?

There is no outright cure for RRMS. The treatments usually consist of managing the symptoms. so that the patient is pain-free and can function independently. Steroids are used to treat the relapses occurring in SPMS.
Hemopietic stem cell transplantation or HSCT is a therapy used for people with MS. It tries to stop the damage caused by MS and regrow the immune system in a healthy way using the patient’s stem cells.
The most effective treatments to date have been the disease-modifying therapies or DMTs wherein the medication helps to reduce the severity of the relapses and delay the progress of the disorder. This causes the transition from RRMS to SPMS to occur later rather than earlier.
Lifestyle changes where the patient is eating healthy meals, exercising regularly and getting enough rest at night also help slow down the transition process. The person must quit alcohol and smoking along with any other addictive behaviours. Having a support group and learning more about how MS works on the body allows the patient better control over the treatment plan.
Reviewed by Liji Thomas, MD.