By Dr Ananya Mandal, MDFebruary 22, 2018
New York has successfully achieved a record low rate of smoking with only 14.2 percent of people smoking. 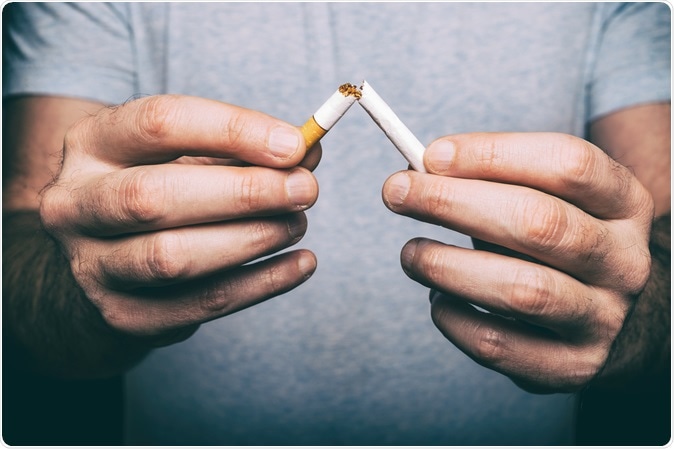 Image Credit: Marc Bruxelle / Shutterstock
According to an announcement made by Governor Andrew Cuomo this week (on the 20th of February 2018), 22 percent of the population was smoking in 2011. These numbers have come down to 14.2 percent in 2016. National average smoking rates were 15.5 percent smokers. Mid-Hudson was one of the regions that showed lowest rates of smoking in the region with only 11 percent smokers. Smoking rates are higher at 23 percent at North Country, 21.4 percent in Southern Tier, 20.7 percent in Western New York and 18.4 percent in the Finger Lakes region.
He said that this meant that the “anti-smoking efforts” were working in New York. “Reducing smoking — and the death and misery that come with it — is critical to protecting public health and we will continue our work to create a safer and healthier New York for all,” he said. The above statistics were put forth by The Behavioral Risk Factor Surveillance System that conducted statewide telephonic surveys of the adults. This was developed by the Centers for Disease Control and Prevention (CDC) and is conducted by the state Department of Health.
According to experts, the reason behind the decrease in the rates of smoking in New York could be due to the extra taxes levied on cigarettes. Tax Foundation says that the taxes are almost half of the retail price of a packet of cigarettes and this makes for one of the highest amounts of taxes paid on cigarettes compared to other states.  Taxes to the tune of $4.35 are paid per package of cigarettes everywhere and in New York citizens need to pay $5.85 in taxes on every packet of cigarettes. Missouri pays only 17 cents per pack and this makes it one of the lowest.

Smoking rates were also lowered among the low-income households (less than $25000 annually) from 27.8 percent in 2011 to 19.8 percent in 2016. People with lower educational levels (less than high school) also smoked less (25.7 percent in 2011 to 19.2 percent in 2016).
One of the problems with this survey was the fact that it did not include users of e-cigarettes and other similar products. New York banned smoking indoors in 2003 and now has come up with a ban on smoking e-cigarettes indoors. With these bans and restrictions and taxes in place, one of the most benefited group that showed highest decrease in smoking rates were the youth aged between 18 and 24 years.
The hidden problem however remains high usage of e-cigarettes especially among the young population. Smoking rates among the youth decreased from 21.6 percent to 11.7 percent between 2011 and 2016. In addition over 28000 deaths occur yearly due to tobacco related causes says the CDC making it a bigger killer than alcohol use, car accidents, toxics, firearms and unsafe sexual practices put together according to the announcement.
Publicado por salud equitativa en 10:18