By Sally Robertson, BScJanuary 31, 2018
In a new study, researchers from the Medical College of Georgia (MCG) have shown that a small molecule involved in the regulation of gene expression plays an important role in protecting against cancer. 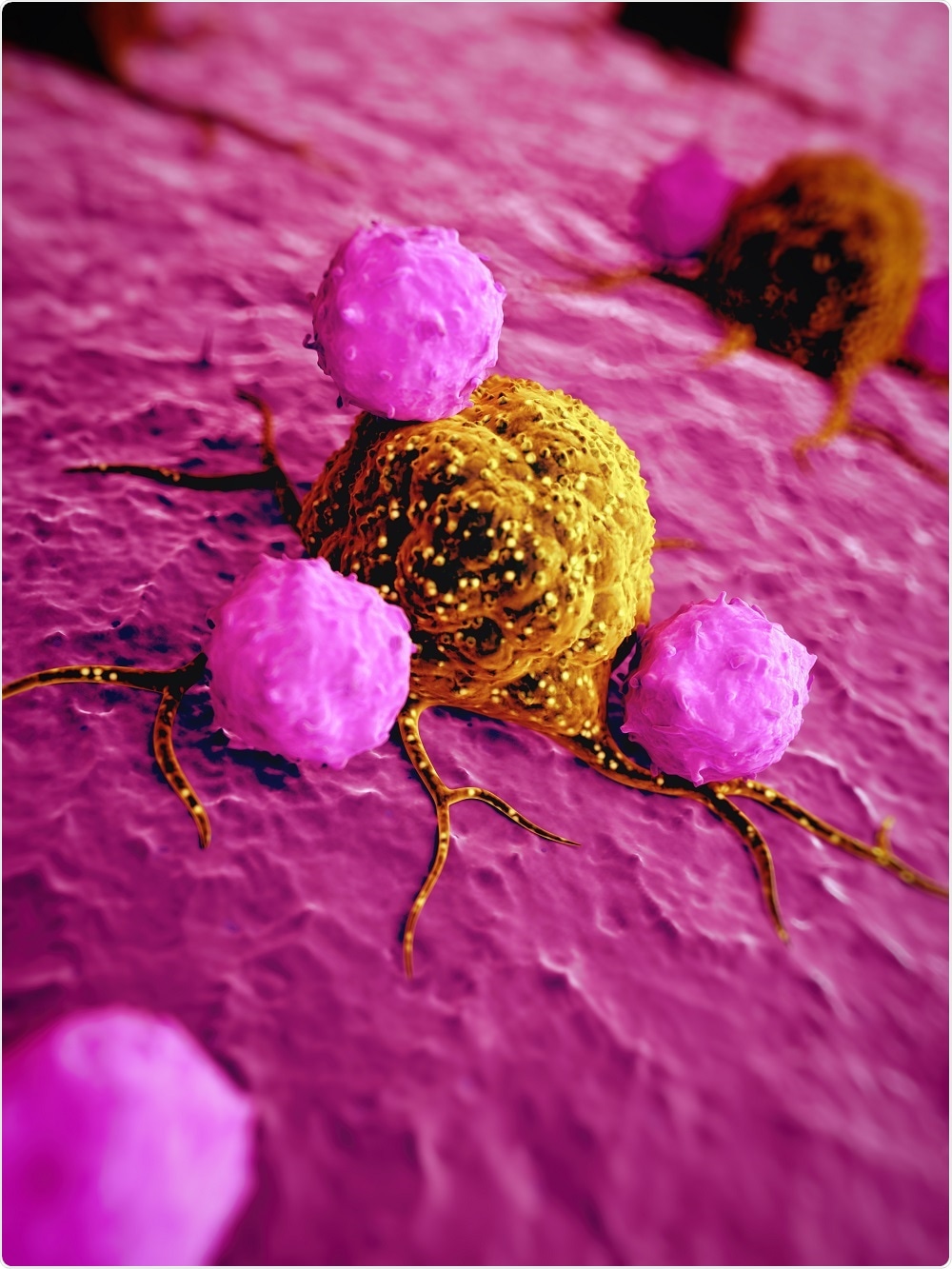 Credit: Sebastian Kaulitzki/Shutterstock.com
They found that in human lung cancer cells, reduced expression of the microRNA miR-125a-5p, which enables cell death or apoptosis, is associated with increased levels of a protein called TIMP-1. This protein has already been associated with poor prognosis in cancer.
To analyse the effects of TIMP-1, researchers used knockdown techniques to  decrease levels of TIMP-1 levels in cancer cells. They saw a reduction in metastasis and an increase in the rate of apoptosis , with corresponded to an increased expression of miR-125a-5p.
Dr Mumtaz Rojiani, lead author of the study and Professor of Molecular Oncology at the Medical College of Georgia (MCG) says further delineation of how cancer hijacks normal body systems could help to identify new treatment targets.
In the healthy body, TIMP-1 plays a positive role – helping to balance levels of the enzymes that aid cell movement in processes such as wound healing or reproduction. These enzymes, called matrix metalloproteinases (MMPs), are made in the body whether a person has cancer or not, their role being to break down the matrix which surrounds cells to keep them stable.
While this matrix breakdown is a crucial to enabling beneficial processes such as wound healing, it also releases cancer cells, meaning they can move.

In cancer, what the tumor cells do is start secreting a lot more of these enzymes so they can break down the matrix and start migrating and metastasizing."
Dr Mumtaz Rojiani, Lead Author and Professor of Molecular Oncology at the Medical College of Georgia (MCG)

However, when the expression of miR-125a-5p is high, TIMP-1 becomes the target. One consequence is an increased expression of the tumor suppressor p53 which enables apoptosis. Furthermore, reducing TIMP-1 levels results in increased p53 levels.
Next, the team plans to investigate whether other microRNA and TIMP-1 interactions result in reduced apoptosis and to take a closer look at the mechanism behind microRNA suppression that impacts TIMP-1 levels.
Rojiani and team point out that, although the association between high TIMP-1 levels and poor prognosis in cancer is clear, blood levels of TIMP-1 have not yet been used in the clinical setting as a prognostic indicator.
Source:
https://www.eurekalert.org/pub_releases/2018-01/mcog-smp013018.php
Publicado por salud equitativa en 6:57