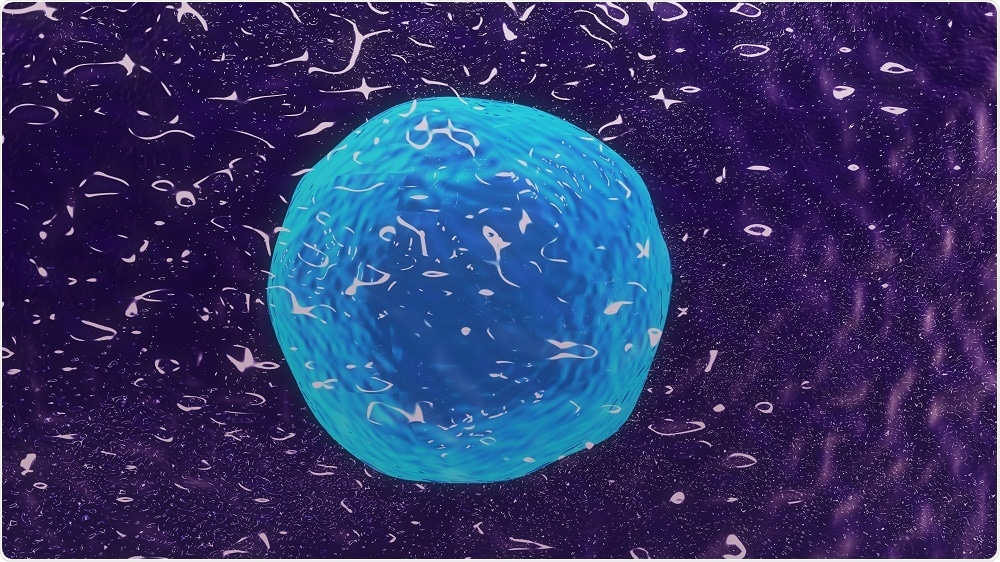 Credit: sciencepics/Shutterstock.com
The study, which was published in Nature Communications, showed how a mutation in the gene Gimap5, which encodes the GTPase of immunity associated protein 5 (Gimap5), is responsible for the formation and the healthy functioning of CD4+ T helper cells.
CD4+ T cells are the major cell type involved in fighting infection and removing foreign bodies. Gimap5 is a protein responsible for regulating and inhibiting the activity of GSK3, which can cause genetic damage to T cells if unregulated. Damaged T cells cannot function and subsequently undergo cell death (apoptosis).
Immune disorders can be split into autoimmunity and immunodeficiency. Autoimmune disorders are characterized by body’s immune system attacking the cells of the body itself. Immunodeficiency disorders are the opposite.
These are conditions where the immune system is lacking, and therefore cannot protect the body from infection. Abnormal T cells are the reason behind the pathology in most immune disorders.
There are several approved GSK3 inhibitor drugs already available for treating diseases such as Alzheimer's disease, disorders of the mood and diabetes mellitus.
The team at Cincinnati Children’s used these drugs to inhibit the GSK3 enzyme and improve the function of damaged T cells.
They tested the drugs first on laboratory mice and then on human cells. The human cells were donated by a 16 year old boy who was suffering from lymphoma (a cancer where the individual has an abnormal low white blood cell count).

Our data suggest GSK3 inhibitors will improve T cell survival and function and may prevent or correct immune-related disorders in people with Gimap5 loss-of-function mutations. Therapeutically targeting this pathway may be relevant for treating people with Gimap5 mutations linked to autoimmunity in Type 1 diabetes, systemic lupus erythematosus or asthma.”
Dr Kasper Hoebe, Lead Author from the Hoebe from the Division of Immunobiology, Cincinnati Children’s.

This study was led by Hoebe alongside whom worked his PhD student, Andrew Patterson. They explain that more studies and human clinical trials are necessary before the treatment could be considered safe and effective for immune disorders.
They are now testing the GSK3 inhibitors on laboratory mice with immune diseases such as lupus and allergic lung disease. If the results are encouraging, they will eventually move to clinical trials in humans.
Source:
https://www.eurekalert.org/multimedia/pub/161491.php
Publicado por salud equitativa en 6:51