A new optical imaging system which utilizes red and near-infrared light could identify breast cancer patients who might respond to chemotherapy, according to a study carried out by researchers at the Columbia University Irving Medical Centre. 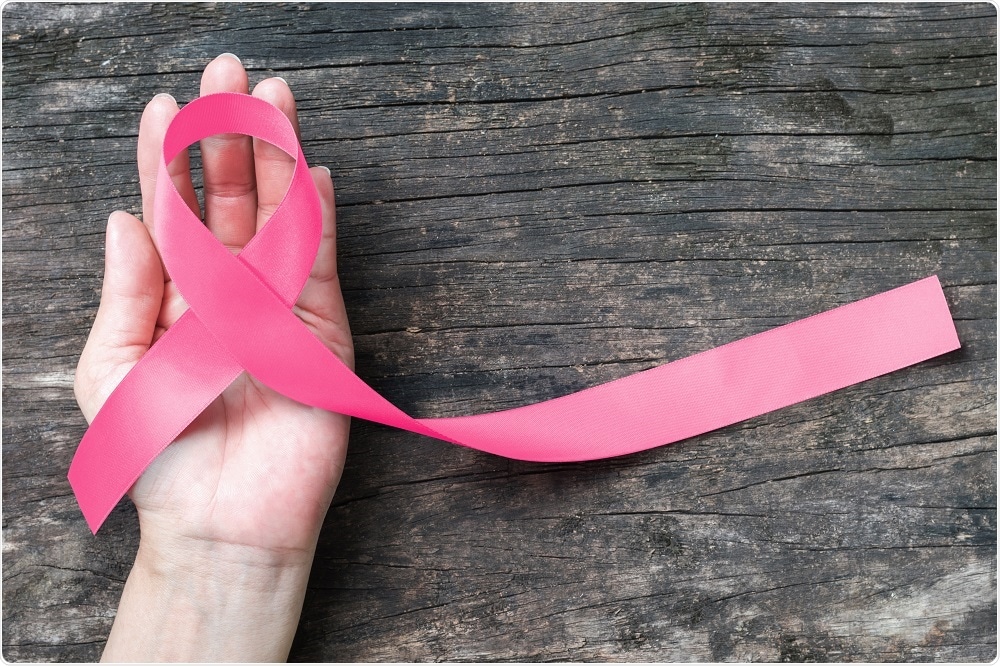 Credit: Chinnapong/Shutterstock.com
The new imaging system, which is a noninvasive method of measuring blood flow dynamics in response to a single breath hold, might enable doctors to predict responses to chemotherapy as early as two weeks post the initiation of the treatment, according to a new study recently published in the journal Radiology.
"There is currently no method that can predict treatment outcome of chemotherapy early on in treatment, so this is a major advance," said Dr. Andreas Hielscher, co-author of the study and professor of Biomedical Engineering and Electrical Engineering at Columbia Engineering.
The new dynamic optical tomographic breast imaging system generates 3-D images of both breasts simultaneously, which enables the researchers to observe the blood flow in the breasts, the vasculature alterations, and the blood–tumor interaction.
The system also distinguishes healthy tissues from malignant ones and shows how the tumor responds to chemotherapy earlier than other imaging techniques.
Neoadjuvant chemotherapy is the standard treatment administered in women who have been  diagnosed with invasive breast cancer. Treatment is typically administered  up to 5 to 6 months before surgery.
The aim of the therapy is to eradicate the active cancer cells, yielding a complete response before surgery. Patients who attain a complete response have a reduced risk of cancer recurrence; however, fewer than half of women treated achieve a complete response.

Patients who respond to neoadjuvant chemotherapy have better outcomes than those who do not, so determining early in treatment who is going to be more likely to have a complete response is important. If we know early that a patient is not going to respond to the treatment they are getting, it may be possible to change treatment and avoid side effects."
Dr. Dawn Hershman, the lead author, leader of the Breast Cancer Program at the Herbert Irving Comprehensive Cancer Center at New York-Presbyterian/Columbia

Breast tumors possess a denser network of blood vessels than those found in a healthy breast. Blood flows freely through healthy breasts; however, in breasts with tumors, the blood flow is restricted by the tumor.

Chemotherapy drugs eliminate cancer cells; however, they also affect the vasculature inside the tumor. Since blood is a strong absorber of light, the research team hypothesized that infrared light could be used to visualize the vascular changes in tumor.
Scientists assessed the imaging data from 34 patients with invasive breast cancer between June 2011 and March 2016. The patients were instructed to position their breasts in the optical system, where, unlike mammograms, there was no compression.
Researchers obtained a series of images during a breath hold at least 15 seconds, which prevented the backflow of blood through the veins but not the inflow through the arteries.
In addition, images were captured after the breath was released, allowing the blood to flow out of the veins in the breasts. Images were obtained before and two weeks after starting chemotherapy.
Researchers later contrasted the images with the patients' outcomes after five months of chemotherapy. The research team found several aspects of the blood inflow and outflow, which could be utilized to differentiate between patients who respond and those who do not respond to therapy.

If we can confirm these results in the larger study that we are planning to begin soon, this imaging system may allow us to personalize breast cancer treatment and offer the treatment that is most likely to benefit individual patients.”
Dr. Dawn Hershman, the lead author, leader of the Breast Cancer Program at the Herbert Irving Comprehensive Cancer Center at New York-Presbyterian/Columbia

"MRIs are expensive and take a long time, from 30–90 minutes, to perform. Because our system takes images in less than 10 minutes and uses harmless light, it can be performed more frequently than MRI," Hershman added.
Researchers are currently refining and optimizing the imaging system and planning a larger, multicenter clinical trial. They hope to commercialize their technology in the next few years.
Source:
https://www.eurekalert.org/pub_releases/2018-02/cuso-nlm020918.php
Publicado por salud equitativa en 5:28