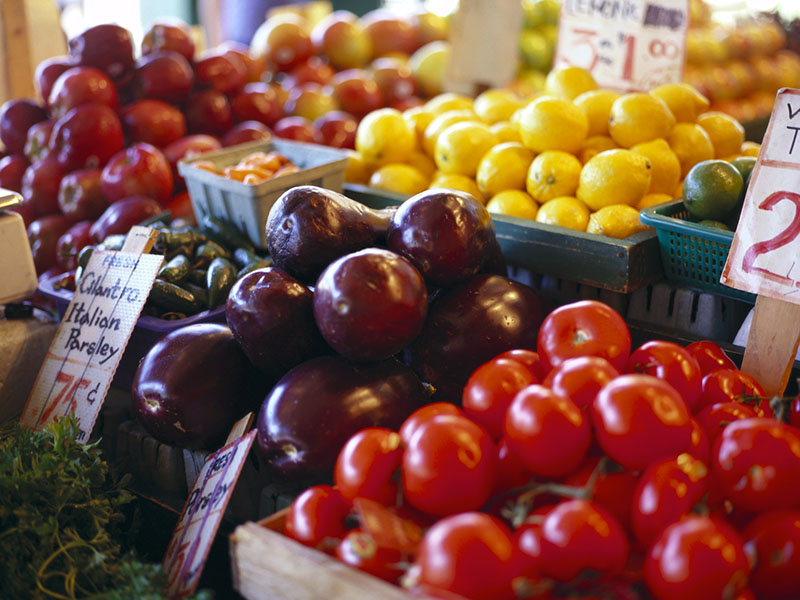 THURSDAY, Dec. 21, 2017 (HealthDay News) -- For smokers who've managed to quit, the road to fully repairing lungs damaged by the habit may seem like a long one.
But new research suggests help may be close at hand -- in the kitchen.
The decade-long study of 650 British and European adults suggests that diets high in tomatoes and fruits, particularly apples, could speed the healing of smoke-damaged lungs.
The foods' respiratory benefits might not just be restricted to ex-smokers, noted researchers from the Johns Hopkins Bloomberg School of Public Health in Baltimore.
"It also suggests that a diet rich in fruits can slow down the lung's natural aging process even if you have never smoked," said lead author Vanessa Garcia-Larsen, an assistant professor of international health.
The study included more than 650 adults in Germany, Norway and the United Kingdom who had their diet and lung function assessed in 2002 and again 10 years later.
The study wasn't designed to prove cause and effect. However, people who ate an average of more than two tomatoes or more than three portions of fresh fruit a day, especially apples, had a slower decline in lung function than those who ate less than one tomato or less than one portion of fruit a day, the researchers reported.
This link between diet and slower reductions in lung function was even more striking among former smokers, suggesting that nutrients in tomatoes and fresh fruit may help repair lung damage caused by smoking.
"The findings support the need for dietary recommendations, especially for people [with a history of smoking] at risk of developing respiratory diseases such as COPD [chronic obstructive pulmonary disease]," Garcia-Larsen said in a Hopkins news release.
And everyone else might gain a little "breathing room" from an apple or tomato a day, she added, since "lung function starts to decline at around age 30 at variable speed depending on the general and specific health of individuals."
Two experts in respiratory health said the findings are yet another reason to eat healthy.
"This study fits into a growing body of research demonstrating the health benefits of consuming a diet rich in plant foods," said Dr. Ann Tilley, a pulmonologist at Lenox Hill Hospital in New York City. "This type of diet has global benefits for our health, and I advise all my patients to incorporate more plant foods into their diets."
But she stressed that for people with actual lung illnesses, such as COPD, diet should be seen as a helpful adjunct to medication, not a substitute.
Dr. Alan Mensch is a pulmonologist and senior vice president of medical affairs at Plainview Hospital in Plainview, N.Y. He believes that health-boosting antioxidants in fruits and tomatoes may be one factor in why these foods seem to help the lungs.
"We already know that many plants have medicinal properties," Mensch said. "We also realize that diets rich in fruits and vegetables, such as the DASH or Mediterranean diets, have beneficial health effects. These diets have high concentrations of fruits and vegetables, foods that are particularly rich in antioxidants."
The study was published in the December issue of the European Respiratory Journal.
SOURCES: Ann Tilley, M.D., pulmonologist, Lenox Hill Hospital, New York City; Alan Mensch, M.D., pulmonologist and senior vice president of medical affairs, Plainview and Syosset Hospitals, Plainview and Syosset, N.Y.; Johns Hopkins Bloomberg School of Public Health, news release, Dec. 21, 2017
HealthDay
Copyright (c) 2017 HealthDay. All rights reserved.
News stories are written and provided by HealthDay and do not reflect federal policy, the views of MedlinePlus, the National Library of Medicine, the National Institutes of Health, or the U.S. Department of Health and Human Services.