A new study conducted at the University College London, UK, found a new marker that has the capacity to help diagnose fatal breast cancer up to one year earlier than existing methods. 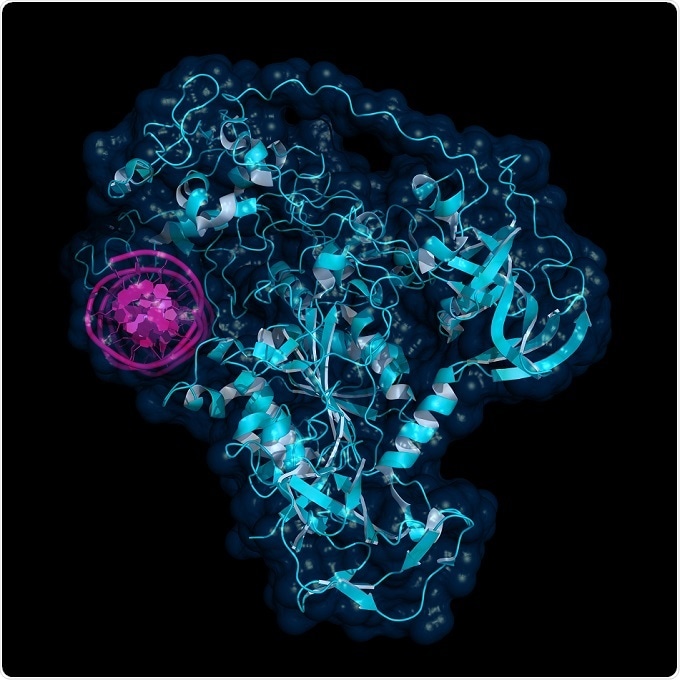 © petarg/Shutterstock.com
The findings of the research team indicated that in samples of breast cancer, a region of DNA called EFC#93 displayed abnormal patterns of DNA methylation. Significantly, these patterns exist in blood serum even before the cancer becomes perceptible in the breast.
According to Professor Martin Widschwendter, the study’s corresponding author, the study provides proof for the first time that serum DNA methylation markers like EFC#93 provide a highly specific indicator that has the capability to detect fatal breast cancers up to one year in advance of current diagnosis. “This may enable individualized treatment, which could even begin in the absence of radiological evidence in the breast,” he added.
DNA methylation is the process of adding a methyl group to DNA and this process often affects gene expression. Abnormal DNA methylation is usual in human tumors and when considering breast cancer development, the methylation changes occur very early.
The team primarily analyzed EFC#93 DNA methylation in blood serum samples of 419 breast cancer patients, that are acquired at two points of time---(a) after surgery, i.e, prior to the start of chemotherapy and (b) after completing chemotherapy.
They explained that abnormal DNA methylation in samples acquired prior to chemotherapy was a marker for poor prognosis independent of the presence of circulating tumor cells, which are cells that have shed from the primary tumor into the blood or lymphatic system and circulate across the body.
In order to test if EFC#93 can diagnose women with a poor prognosis earlier, before the cancer becomes detectable, the team further analyzed serum samples of 925 healthy women, among which 229 women went on to develop fatal and 231 went on to develop non-fatal breast cancer, within the first three years after the serum samples were taken.
Professor Widschwendter commented that 43% of women who went on to be diagnosed with fatal breast cancer within 3–6 months of providing serum samples were correctly identified by the presence of EFC#93 DNA methylation in blood serum. They also identified 25% of women who went on to be diagnosed within 6–2 months of giving samples and 88% of women who did not go on to develop breast cancer specificity.
He also said that EFC#93 did not identify non-fatal breast cancers at early stages.

In comparison, mammography screening has a specificity of 88-92% but leads to very substantial over-diagnosis, which means that tumors are detected that would never have caused any clinical symptoms. Subject to further study, using cell-free DNA as a marker, as we have done here, is a promising way of avoiding this issue. "
Professor Martin Widschwendter

The authors also pointed out a few study limitations, like a lack of appropriate serum samples, where the samples are either not processed immediately after blood is taken, or are not collected in special tubes, or have large amounts of normal “background” DNA leaked by white blood cells, which makes it difficult to identify small amounts of tumor DNA.
Professor Widschwendter further explained that compared with the short fragments of tumor DNA, the normal DNA present in these samples usually emits a much stronger signal. However, in spite of the large contamination of the population-based samples with normal DNA, the team could observe a clear tumor DNA signal.
Further clinical studies are needed to analyze if EFC#93-positive women with cancer that is undetectable by mammography could be benefited from anti-hormonal therapy before the cancer becomes visible in the breast.
The team is currently preparing a large-scale population-based cell-free DNA research program which may also help address this question.
Source:
Publicado por salud equitativa en 8:27