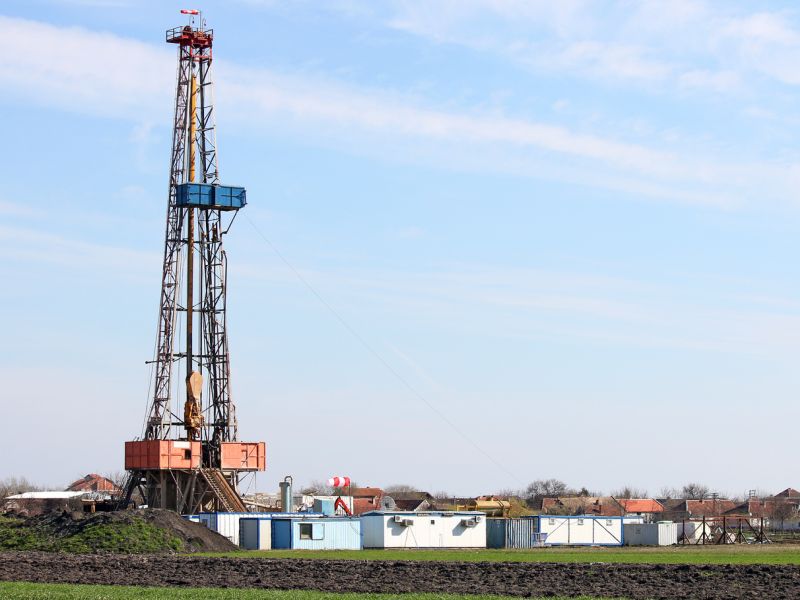 WEDNESDAY, Dec. 13, 2017 (HealthDay News) -- Newborn babies face a greater risk of health problems if they live close to a "fracking" site, a new large-scale study contends.
Women were 25 percent more likely to deliver low birth weight babies after hydraulic fracturing operations commenced within a half-mile of their homes, said the study's lead researcher, Janet Currie. She directs Princeton University's Center for Health and Well-Being.
Low birth weight babies have a greater risk for infant mortality, asthma and attention-deficit/hyperactivity disorder, according to the researchers. In addition, these children tend to do worse in school and have less successful careers in adulthood.
Low birth weights -- referring to babies who weigh less than 5.5 pounds at birth -- occurred most often among pregnant women living nearest to a fracking site, the investigators found.
"We found the effects fell off pretty rapidly, and by the time we were 3 kilometers [1.86 miles] away from the site, there wasn't any effect," Currie said. "The effect seems to be very local."
So, she suggested, "That means you could protect people's health by having a larger distance between where you have fracking and where people live."
Fracking -- or hydraulic fracturing -- is the process of mining for natural gas by pumping "fracking fluid" into underground shale rock formations, creating cracks through which gas can flow more freely.
Fracking fluid contains water and a host of other chemicals, prompting concerns by some that the process could lead to water and air pollution.
For the study, the researchers evaluated more than 1.1 million births that occurred in Pennsylvania from 2004 to 2013. The study team focused on specific fracking sites, comparing birth weights in nearby families before and after the operations started.
It's "by far the largest" study ever conducted regarding the potential health consequences of fracking, said Dr. Nate DeNicola. He's an assistant professor of obstetrics and gynecology at the George Washington University School of Medicine & Health Sciences.
"We always look for further studies to corroborate findings, but in all honesty it feels a little trite to say you need to delay a conclusion when you have this many patients involved," DeNicola said. "This study essentially shows a dose response between proximity to fracking sites and low birth weight."
Nonetheless, the study doesn't prove a direct cause-and-effect relationship, said Seth Whitehead, a spokesman for Energy in Depth, a public outreach campaign by the Independent Petroleum Association of America.
The study is "the latest in a long list of examples of reports linking fracking to health problems based on correlation rather than proof of causation," Whitehead said. "The authors admit a key limitation of their study is the fact that its conclusions are based on proximity rather than actual measurements of pollutants."
Previous studies on the health effects of fracking have compared the health of people living near sites against those living elsewhere.
According to Currie, "The possible problem with that kind of comparison is that people who are living in areas with fracking may be different in some respects than people living in other places. We tried to compare like with like by focusing on areas where there was fracking -- before and after the fracking happened. We looked at the same group of people living in the same areas before and after the activity started."
Given the pattern of the effect, Currie and her colleagues believe that air pollution from the fracking site is the most likely culprit.
The air pollution could be coming from chemicals in fracking fluid or from the exhaust of all the heavy machinery operating on a site, Currie noted.
Dr. Kenneth Spaeth, chief of occupational and environmental medicine for Northwell Health in New Hyde Park, N.Y., agreed that air pollution could be the problem, but wouldn't rule out water pollution as a contributor.
"Something in the neighborhood of 700 chemicals are involved in the process of hydraulic fracturing, and we know a lot of those chemicals have the potential for these kinds of effects," Spaeth said.
Dr. Jennifer Wu, an obstetrician and gynecologist with Lenox Hill Hospital in New York City, said that women living near fracking sites should get regular sonograms to track their baby's progress. They also should be sure to eat well and undertake other lifestyle changes that can contribute to a healthy birth, she advised.
In addition, these women might want to drink bottled water during their pregnancy and avoid exercising outdoors, Wu suggested.
"I think it's a valid health concern, but because we don't know the exact mechanism, we don't know how to best protect patients," Wu said. "I don't think we're to the point where we would advise people to move out of these areas."
The study was published online Dec. 13 in Science Advances.
SOURCES: Janet Currie, Ph.D., professor, economics and public affairs, and director, Center for Health and Well-Being, Princeton University, Princeton, N.J.; Nate DeNicola, M.D., assistant professor, obstetrics and gynecology, George Washington University School of Medicine & Health Sciences, Washington, D.C.; Kenneth Spaeth, M.D., chief, occupational and environmental medicine, Northwell Health, New Hyde Park, N.Y.; Jennifer Wu, M.D., obstetrician and gynecologist, Lenox Hill Hospital, New York City; Seth Whitehead, spokesman, Energy in Depth; Dec. 13, 2017, Science Advances, online
HealthDay
Copyright (c) 2017 HealthDay. All rights reserved.
News stories are written and provided by HealthDay and do not reflect federal policy, the views of MedlinePlus, the National Library of Medicine, the National Institutes of Health, or the U.S. Department of Health and Human Services.