By Sally Robertson, BScDecember 18, 2017
A research team in the U.S. has found that most women who undergo breast cancer operations do not feel fully informed about their treatment options when they decide on which procedure to undergo. 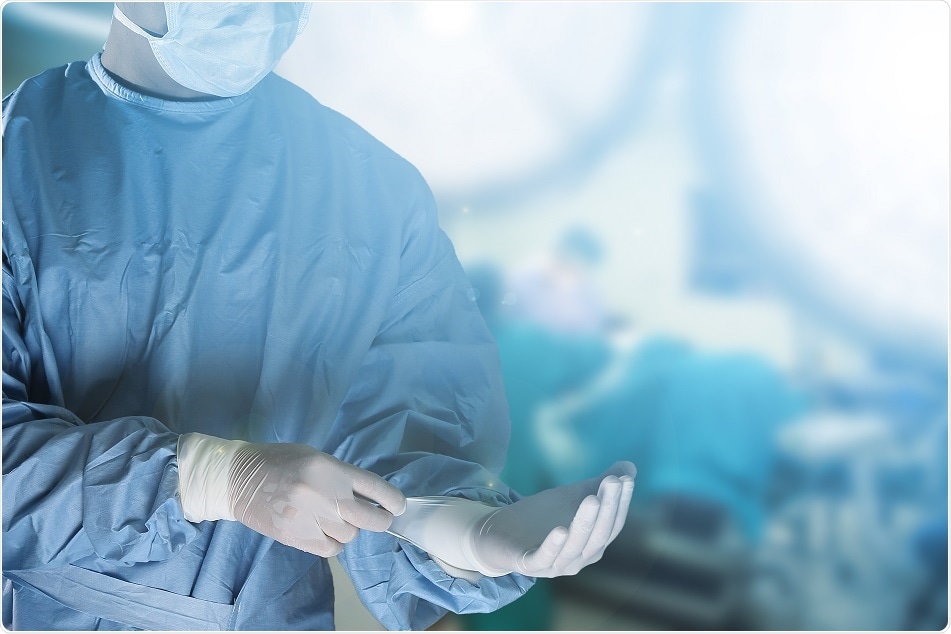 Credit: ShutterOK/ Shutterstock.com
However, another research team has found that the problem could be answered with the use of a web-based decision aid, which was shown to improve patients’ knowledge more than the use of standard cancer websites. Patients who used the tool were more likely to understand that waiting a few weeks before deciding on their operation would not have a negative impact on their chances of survival.
As reported in the Journal of the American College of Surgeons, breast cancer surgeon Sunny Mitchell and team administered a post-treatment survey in June 2016 to female patients, aged 18 to 99 years, who had undergone a lumpectomy and/or mastectomy after being diagnosed with breast cancer. The number of respondents who completed the survey was 487.
When asked whether researching all their treatment options or deciding quickly was a priority, 35% of the lumpectomy-only patients, 31% of mastectomy-only patients and 22% of those who underwent both procedures prioritized making a quick decision.
When asked whether they would have liked more time to research their options before deciding, the majority of all three groups said they would have. The survey also showed that only 47% of lumpectomy-only patients, 67% of mastectomy-only patients and 28% of patients who had both operations felt fully informed about their treatment options.
Mitchell says she was "definitely surprised by the large percentage of women who reported not feeling completely informed" and suggests that future studies focus on providing consistent, reliable information in a variety of formats.

It is unrealistic to expect that the majority of patients have sufficient health literacy, research skills, information access, and clarity of mind to inform themselves.”
Sunny Mitchell, MD, Stratford, CT

Researchers Heather Neuman (University of Wisconsin-Madison) and colleagues have suggested that the use of decision aids could be a solution to the problem. They conducted a study between April 2014 and June 2016, in which women newly diagnosed with breast cancer (stage 0 to III) were randomized to receive a web link to either a web-based decision aid or to standard care websites such as breastcancer.org, the American Cancer Society, and the National Cancer Institute. The decision aid provided static, didactic information that people with an eighth-grade reading level could understand.
Once they had reviewed all the information, patients completed a questionnaire before attending their first surgical consultation. Using a breast cancer decision quality instrument to measure patient knowledge, the team showed that patients who received the decision aid scored a median of 80% on the questionnaire, compared with a score of 66% amongst those who looked at standard websites.
Furthermore, 72% of the decision aid group understood that waiting a few weeks before deciding on their operation would not negatively impact on their survival, compared with 54% of those in the standard website group.
"Patients come in with this urgency, and this finding tells them they can slow down. They don't need to have that anxiety," says Neuman. Decreasing this sense of urgency around decision making could, in turn, improve the quality of the surgeon−patient consultation, since patients may be more open to hearing what their options are and better equipped to consider them.
"This process of sending something by email works, and for a general surgeon in a more rural area, that's something they could do to improve care," concludes Neuman.
Source:
https://www.eurekalert.org/pub_releases/2017-12/acos-mwr121317.php
Publicado por salud equitativa en 10:00