A new study published in Science Advances reveals that infants born to mothers who live within 2 miles of a hydraulic fracturing site or fracking site have increased health risks.
Scientists identified an elevated risk of low-birth weight in infants who were born within half a mile from a hydraulic fracturing site, leaving them prone to other risks like ADHD, infant mortality, asthma, lower educational attainment, lower test scores, and lower lifetime earnings. 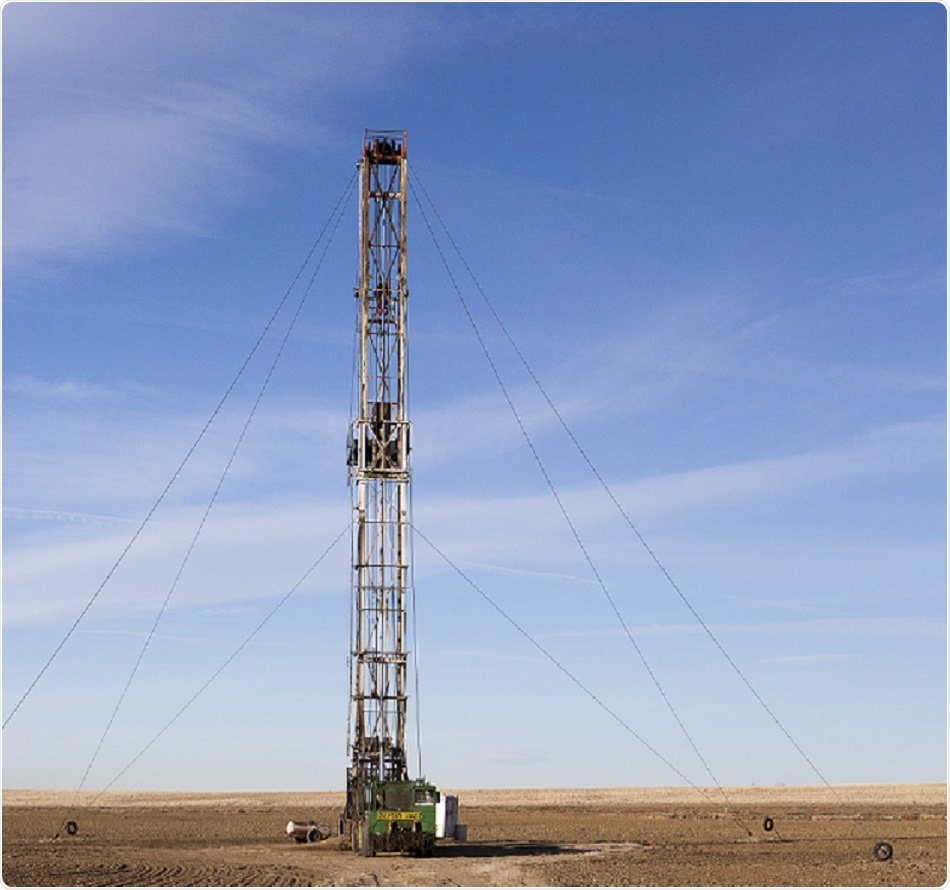 Credit: Lonny Garris/ Shutterstock.com
Michael Greenstone, a co-author of the study and the Milton Friedman Professor in Economics and director of the Energy Policy Institute at the University of Chicago cautioned the local and state policymakers to carefully examine the costs and benefits, including the possible effects of pollution, as they are the ones who decide whether to allow hydraulic fracturing in their communities.
According to him, the study provides the strongest large-scale evidence of a link between pollution from hydraulic fracturing and babies’ health.
The researchers compared the infants born to mothers living in close proximity to a fracking site with those who lived further from the site, before and after the initiation of fracking at that site, by utilizing the records from more than 1.1 million births from 2004 to 2013 across Pennsylvania.
Significant effects were observed in infants born within six miles of a site and they were subject to a 25% increased risk of low birth weight, i.e. less than 5.5 pounds. Infants born between half a mile and 2 miles had a decreased low birth risk by about a half to a third, and infants of mothers living beyond 2 miles suffered the least negative effects to their health.
Janet M. Currie, another co-author and a Henry Putnam Professor of Economics and Public Affairs at Princeton University said that nearly 29,000 babies, out of the 4 million born in the United States every year, are born within about half a mile of a fracking site.

While we know pollution from hydraulic fracturing impacts our health, we do not yet know where that pollution is coming from -- from the air or water, from chemicals onsite, or an increase in traffic. Until we can determine the source of this pollution and contain it, local lawmakers will be forced to continue to make the difficult decision of whether to allow fracking in order to boost their local economies -- despite the health implications -- or ban it altogether, missing out on the jobs and revenue it would bring “
Katherine Meckel, University of California

The current study followed the work of Currie and team, which was based on the local economic benefits. The former study stated that the average household living near a fracking site is benefited by as much as $1,900 per year as a result of a 7% increase in average income, driven by increase in wages and royalty payments, a 10% increase in employment, and a 6% increase in housing prices.
However, according to the authors, revealing further information on environmental and health impacts of hydraulic fracturing might affect the housing prices near such sites.
Source:
Publicado por salud equitativa en 7:08