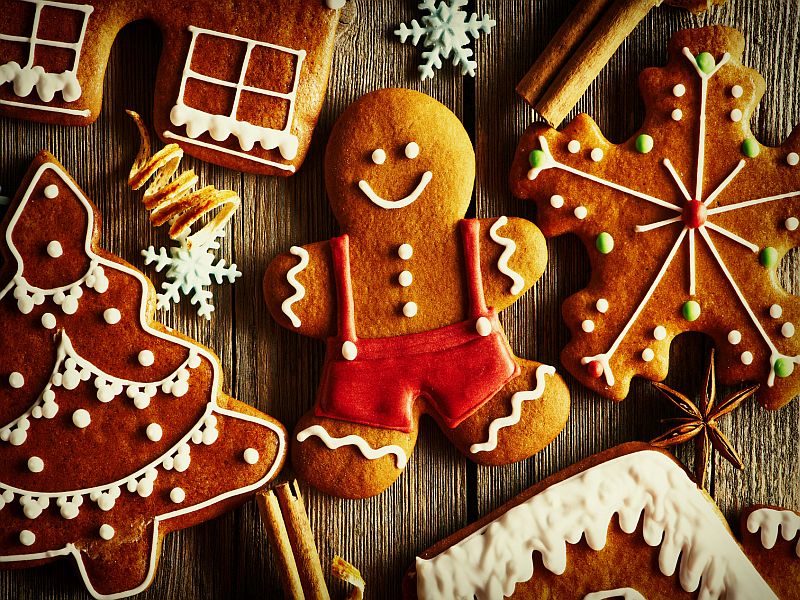 MONDAY, Dec. 25, 2017 (HealthDay News) -- A stomach bug can quickly put a damper on your Christmas Day festivities.
If you're teaching children how to prepare favorite family recipes, include important lessons about food safety, says the American Academy of Pediatrics.
The last thing you want to give your family is a foodborne illness. Here are some suggestions from the pediatricians' group to avoid one:
Every cook should have clean hands, including little helper chefs. Be sure kids wash their hands well and often when handling food.
Bacteria often lurk in uncooked foods, particularly meats and poultry. Thaw frozen meat in the refrigerator, not on the counter. Wash raw fruits and vegetables thoroughly before they're eaten or added to dishes.
It's tempting to lick the batter off bowls and spoons, but sampling certain raw ingredients, including eggs, can be risky. Also, any time someone tastes food during preparation, you should wash or replace the utensil used.
After cooking, store perishable foods in the refrigerator. They should not be left at room temperature for more than two hours. It's also important to keep raw ingredients separate from cooked foods. Similarly, keep kitchen tools used to stir or chop raw foods separate from other utensils.
When cooking with young helpers, remember to push bowls, cups or platters that contain hot foods or liquids away from the edges of counters or tables. Children could accidentally knock them over and get burned.
Likewise, turn pot handles toward the back of the stove, and make sure microwave ovens are out of little ones' reach.
Following the festivities, clear away any remaining food or drinks, even if it's late. Young children could wake up early and sample leftovers, which could lead to foodborne illness or choking.
SOURCE: American Academy of Pediatrics, news release
HealthDay
Copyright (c) 2017 HealthDay. All rights reserved.
News stories are written and provided by HealthDay and do not reflect federal policy, the views of MedlinePlus, the National Library of Medicine, the National Institutes of Health, or the U.S. Department of Health and Human Services.