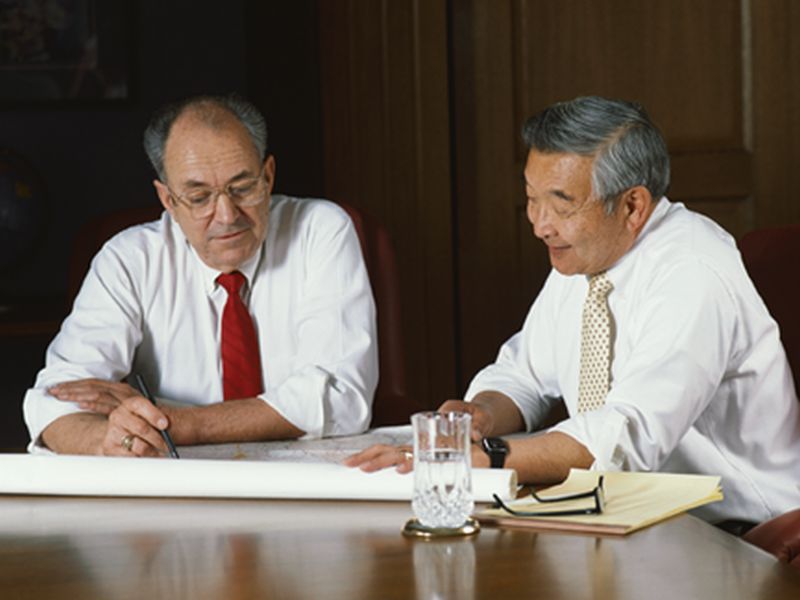 THURSDAY, July 13, 2017 (HealthDay News) -- Typically, better-paying jobs and those that require higher education are thought more desirable, but a new study suggests white collar workers have a higher risk of death from two neurodegenerative diseases.
The research found that richer, better-educated people with Parkinson's disease or amyotrophic lateral sclerosis (ALS, also called Lou Gehrig's disease), appear more likely to die from these diseases than those in lower paying or less educationally demanding work.
Workers in these "high socioeconomic" occupations include mathematicians, architects, engineers, lawyers and managers, according to a new report from the U.S. Centers for Disease Control and Prevention.
"This is kind of an unexpected finding," said lead author John Beard, a research officer at the CDC's National Institute for Occupational Safety and Health.
Most prior studies have focused on environmental exposures to chemicals, such as pesticides or solvents, or electromagnetic fields that seem to occur more frequently in lower socioeconomic occupations, like military service, farming or construction, he said.
The researchers looked at 26 different occupations and deaths from ALS and Parkinson's disease and, overall, found that workers in occupations associated with higher education and income had an increased risk from dying from these diseases, Beard said.
"We see these higher rates of deaths from ALS and Parkinson's in people with higher socioeconomic status, but we don't understand the reasons for it," he said.
"It's hard to know if these deaths are related to environmental exposure or to socioeconomic status," Beard added.
More research is needed to replicate this result and to try to figure out what is going on, he said.
Beard said this study has limitations that have to be accounted for before any recommendations can be made. For example, the current study only shows an association, it doesn't prove a cause-and-effect relationship.
He said studies that look at environmental exposures in various jobs and the levels of exposure and their relationship to these diseases also need to be done.
It may not be the job itself that increases the risk of dying from these conditions, but other factors, such as smoking, Beard said.
One neurologist speculated that people in lower socioeconomic jobs might die at younger ages from other causes.
"People with lower socioeconomic jobs may die earlier from heart or respiratory disease and not have the chance to develop these diseases that are much more likely to happen in older people," said Dr. Sami Saba, a neurologist from Lenox Hill Hospital in New York City.
Saba doesn't think the type of job or the size of income accounts for this finding. "There is some possibility that these researchers are not accounting for," he said.
Beard, however, doesn't think age is a factor, because the researchers adjusted their findings for age, he said.
The researchers looked at data from more than 12 million adult death certificates from 1985 to 1999, 2003 to 2004, and 2007 to 2011 in 30 states.
Job classifications were grouped into 26 categories based on similar job duties and ordered from high-paying management occupations to lower-paying transportation and material-moving work.
The analysis included nearly 27,000 ALS deaths, more than 115,000 Parkinson's deaths and nearly 159,000 deaths from heart failure.
The report was published July 14 in the CDC's Morbidity and Mortality Weekly Report.
SOURCES: John Beard, Ph.D., research officer, National Institute for Occupational Safety and Health, U.S. Centers for Disease Control and Prevention; Sami Saba, M.D., neurologist, Lenox Hill Hospital, New York City; July 14, 2017, Morbidity and Mortality Weekly Report, online
HealthDay
Copyright (c) 2017 HealthDay. All rights reserved.
News stories are written and provided by HealthDay and do not reflect federal policy, the views of MedlinePlus, the National Library of Medicine, the National Institutes of Health, or the U.S. Department of Health and Human Services.