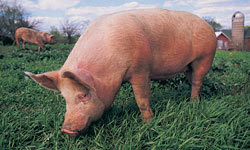 Update: Novel Influenza A in Ohio

All data are preliminary and may change as more reports are received.

WHO and NREVSS collaborating laboratories, which include both public health and clinical laboratories located in all 50 states, Puerto Rico, and the District of Columbia, report to CDC the total number of respiratory specimens tested for influenza and the number positive for influenza by virus type. In addition, public health laboratories also report the influenza A subtype (H1 or H3) and influenza B lineage information for the viruses they test and the age or age group of the persons from whom the specimens were collected. Additional virologic data can be found at:http://gis.cdc.gov/grasp/fluview/fluportaldashboard.html and http://gis.cdc.gov/grasp/fluview/flu_by_age_virus.html.
Publicado por salud equitativa en 11:48