By Kate Bass, BScJuly 7, 2017
Findings from the 'Children of the 90s' released this week suggest that a high maternal sugar intake during pregnancy may increase the risk of the child developing allergies. There was a strong positive association between intake of free sugars during pregnancy and the development of allergy and allergic asthma in offspring. 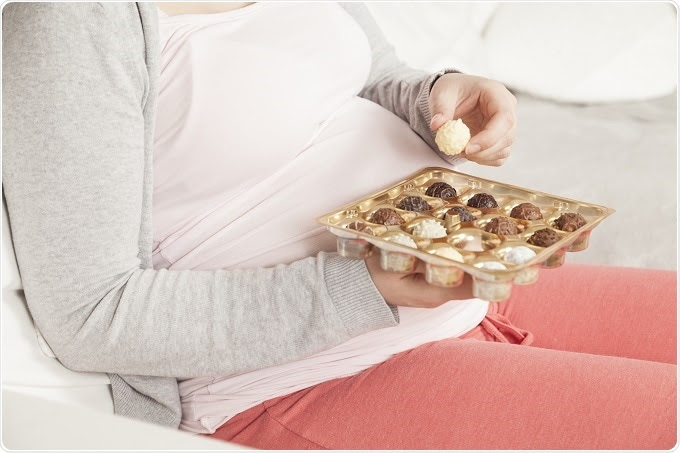 Credit: SP-Photo/Shutterstock.com
Allergies have always tended to be more common in children than in adults, but the prevalence has been steadily increasing over the last three decades. Globally, approximately 1 in 8 children have asthma, 1 in 13 have eczema and 1 in 8 have allergic rhinitis (hay fever). The UK has the highest rates of childhood allergy with a staggering 85% of children developing atopic eczema by the age of 5 years.
There have been some reports that high sugar intake in children is associated with the development of childhood asthma, and the prevalence of childhood food allergy was found to 7.1% in breast-fed infants. However, there were few data regarding the association between maternal sugar intake during pregnancy and allergy in the offspring.
This has now been addressed by a world-leading observational birth cohort study (the Avon Longitudinal Study of Parents and Children; also known as 'Children of the 90s') led by Queen Mary University of London. Around 9000 women who were pregnant in the early 1990s were recruited to the study and the offspring of these women have been followed since birth.
Data collected in the study have recently been analyzed to investigate the effect of maternal intake of free sugars during pregnancy on the development of childhood allergy. For the purpose of this analysis, allergy was determined as a positive skin test to common allergens, such as dust mite, cat hair and grass at the age of 7 years.

We cannot say on the basis of these observations that a high intake of sugar by mothers in pregnancy is definitely causing allergy and allergic asthma in their offspring. However, given the extremely high consumption of sugar in the West, we will certainly be investigating this hypothesis further with some urgency".