Many People With Type 1 Diabetes Still Make Some Insulin 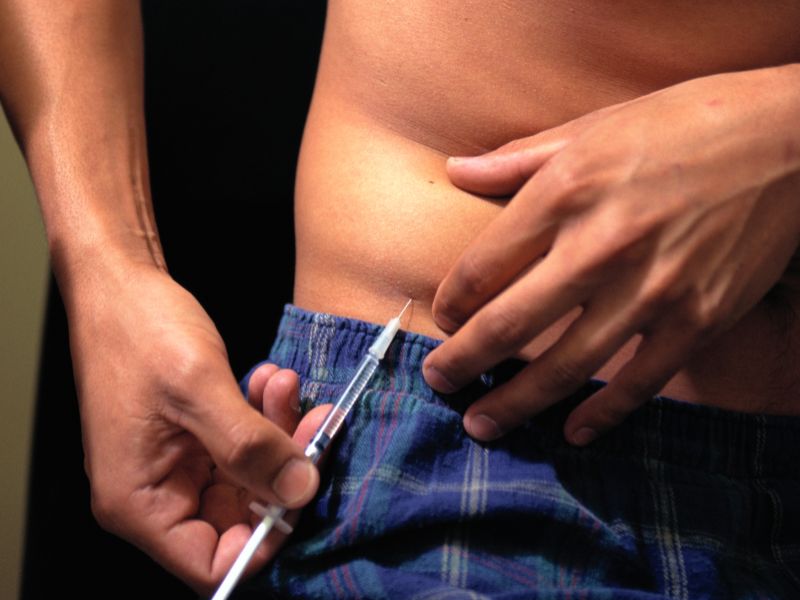 FRIDAY, June 30, 2017 (HealthDay News) -- Almost half of people with type 1 diabetes are still producing some insulin more than a decade after being diagnosed with the disease.
The new findings challenge previous assumptions that people with type 1 diabetes lose the ability to produce any insulin -- a hormone that helps usher sugar to cells to be used as fuel -- over time.
Researchers at Sweden's Uppsala University, led by post-doctoral researcher Daniel Espes, reached their conclusions after studying more than 100 patients with type 1 diabetes.
The investigators found that people who still produced insulin despite their long-standing type 1 diabetes had higher levels of a protein called interleukin-35. This protein appears to play an important role in the immune system.
Past research had shown that both newly diagnosed people with type 1 diabetes and those who've had the disease for some time had lower average levels of interleukin-35 compared to healthy people.
Type 1 diabetes is an autoimmune disease that causes the body's immune system to mistakenly attack healthy cells in the pancreas that make insulin.
This leaves people without enough insulin to meet the body's daily needs. To survive, people with type 1 diabetes must replace that lost insulin through multiple daily injections or through a tiny tube inserted under the skin every few days and then attached to an insulin pump.
The Uppsala researchers have launched a new study to see if they may be able to boost insulin production in those people with type 1 diabetes who are still making insulin.
The study appears in the June issue of Diabetes Care.
SOURCE: Uppsala University, news release, June 22, 2017
HealthDay
Copyright (c) 2017 HealthDay. All rights reserved.
News stories are written and provided by HealthDay and do not reflect federal policy, the views of MedlinePlus, the National Library of Medicine, the National Institutes of Health, or the U.S. Department of Health and Human Services.