Many animal species display flocking behavior, but the fact that microorganisms do is not as well known. Researchers at Lund University in Sweden have now shown that algae and bacteria form flocks at very low concentrations of individuals, a finding that could increase our future understanding of how the organisms infect their host animals. 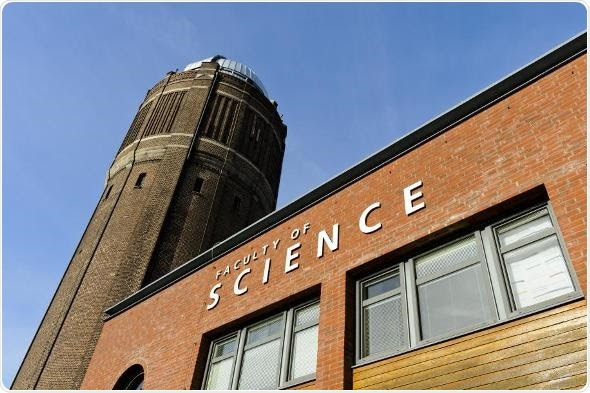 Flocking behavior in animals seemingly arises spontaneously in a group of independent individuals without a clear leader. This behavior occurs among all types of organisms, from bacteria to people. One hypothesis, therefore, is that there are fundamental principles for flock building that are not dependent on single individuals.

Researchers at Lund University, in cooperation with colleagues from the UK and France, have now found that flocking behavior among microorganisms is more advanced than we previously thought.
“Our research is a physical explanatory model of how microorganisms move. From a biological perspective, it is useful to examine the evolutionary basis for flocking behavior among bacteria, as the connections can increase our understanding of the course of infectious diseases”, says Joakim Stenhammar, chemistry researcher at Lund University.
When a person or animal swims, they create backwashes or wakes that others can sense. The researchers have now created a theoretical model that describes how single microorganisms communicate with each other via the backwashes that each organism creates. The physical principle differs from ordinary backwashes, but these flows enable the bacteria to sense each other’s presence and affect each other at very low concentrations. In the light of this, microorganisms cannot be described as isolated individuals.
It was previously known that certain swimming bacteria, such as E. coli and Salmonella, form flocks at high concentrations. In the new study, Stenhammar and his colleagues have shown that it is only at extremely low concentrations – less than ten per cent of what was previously thought – that bacteria can be considered as individuals.
“In contrast to an individual bacterium, flocks can move in a synchronized way over long length scales and several times faster than a single bacterium”, says Joakim Stenhammar.
“Our research adds another piece of the puzzle to our understanding of how flocking behavior works in biological systems, and the model can be applied to a large number of swimming microorganisms”, says Joakim Stenhammar.
Source:
http://www.lunduniversity.lu.se/article/bacteria-never-swim-alone
Publicado por salud equitativa en 13:50