Sponsored Content by Phenom-WorldJun 27 2017
Pharmaceutical research involves creation of new drugs or continuous improvement of existing drugs. This versatile research topic is a broad field of study dealing with an increasing number of challenges, owing to new pathogens emerging constantly and known pathogens becoming increasingly resistant to existing drugs.
Since more information is needed, the use of advanced tools, such as scanning electron microscopes (SEMs), has been shown to be very powerful in various applications in the pharmaceutical field. In pharmaceutical research, SEMs are used for powder imaging and analysis, to gain insights into cellular interactions with new drugs, and for applications in the most complicated cancer treatments.
This article discusses a few examples to illustrate the successful application of SEMs in research facilities across the world to develop novel and more powerful drugs to treat diseases. 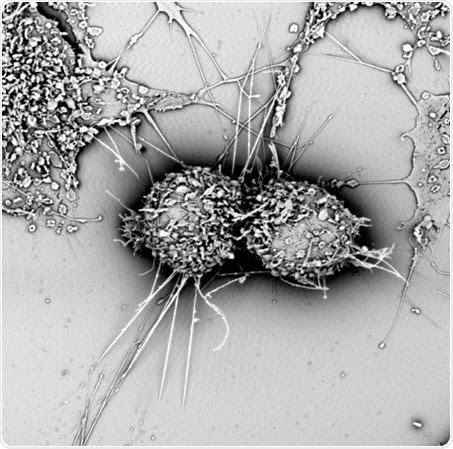 Figure 1. An example of mammalian cells observed with SEM

A research team at AIMST University in Malaysia is involved in the development of a new class of superporous hydrogel beads. Hydrogels consist of a network structure of cross-linked hydrophilic polymers that are capable of absorbing water in large amounts without dissolving.
These beads are employed as carriers in pharmaceuticals for controlled drug delivery based on their biodegradation and swelling abilities. Since a targeted drug delivery eliminates side effects on other cells or tissues, it helps achieve easier and faster regeneration.
With developments in research, and the increasing need to develop enhanced and highly performing drugs, the researchers have developed a new class of hydrogels with rapid swelling capacities - the reason for the name “Superporous Hydrogels”. Here, the researchers examined the surface structure and porosity of the dried beads using a SEM.

A new kind of approach was used in cancer drug research. It was found that aromatase, an enzyme responsible for determining the final sex phenotype of fish, was also playing a key role in the progression of breast cancer. Therefore, in a study, researchers used aromatase inhibitors for breast cancer treatment.
In fish, androgens are irreversibly converted into estrogens by aromatase enzymes, thereby establishing the embryo’s gender to female. Researchers are showing more interest to study male fish than female fish of this species because male fish generate anti-aromatase in large quantities.
Like Nile tilapia which gained attention as a source of food worldwide, aromatase obtained from this fish was the subject of interest for researchers looking for aromatase inhibitors.
Nile tilapia microsomes were used to study the enzyme activity of aromatase inhibitors. They are vesicle-like fractions of the endoplasmic reticulum (ER) present in healthy living cells. In this study, hepatic microsomes were prepared from Nile tilapia and their morphology was explored using a SEM.
The proliferation of cancer cells was investigated using HepG2 human hepatoma cells and MCF-7 human breast cancer cells. The study results revealed that the growth of both cancer cell lines was efficiently inhibited by a specific anti-aromatase present in microsomes.
For a successful cancer research, the morphology of tissues needs to be analyzed and understood. At present, this can be achieved using the correlated light and electron microscopy technique. 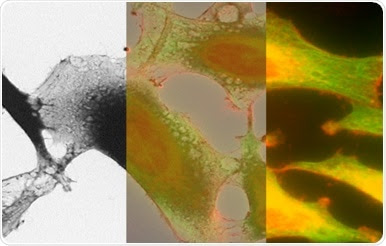 Antibiotics are excessively used and as a result, the numbers of antibiotic resistant bacteria are constantly increasing. Hence, researchers are seeking new ways to find the presence of bacteria on medical devices to prevent nosocomial infections or hospital-acquired infections as much as possible. Extensive research is going on in the development of new antibacterial powders.
A study revealed that pathogens present on polymer medical appliances can be very efficiently destroyed when ZnO and Ag-ZnO crystals are added to antibiotics. Here, a SEM was used to analyze the elemental composition and morphology of the crystals before using them for further experiments. 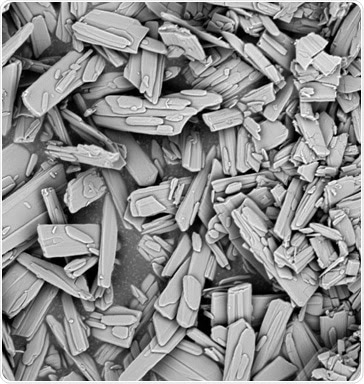 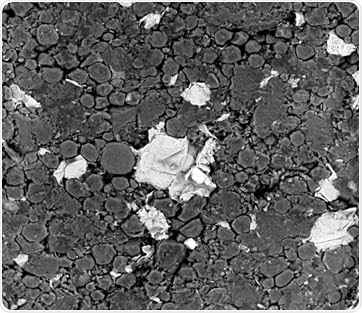 In summary, scanning electron microscopes are a very polyvalent tool that can be used for various research activities in the pharmaceutical field. It helps understand the morphology of the component of interest and highlights the effect of interactions with its environment.
Click Here to Discover How Other Companies are Monitoring Pharmaceutical Products with a SEM

Phenom-World is a leading global supplier of desktop scanning electron microscopes and imaging solutions for submicron scale applications. Our SEM-based systems are used in a broad range of markets and applications. We continuously invest, develop and integrate our products to help customers improve their return on investment, time to data, and to increase system functionality.
Sponsored Content Policy: News-Medical.net publishes articles and related content that may be derived from sources where we have existing commercial relationships, provided such content adds value to the core editorial ethos of News-Medical.Net which is to educate and inform site visitors interested in medical research, science, medical devices and treatments.
Last updated: Jun 27, 2017 at 11:50 AM
Publicado por salud equitativa en 8:01