The loneliness of the middle-aged man

The loneliness of the middle-aged man

As well as his family, a man needs friends. 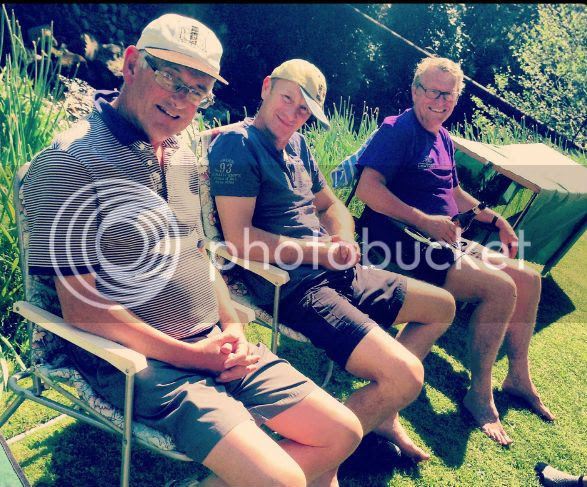 Three amigos. Simon Bleasdale/Flickr
It made for a bold headline when the Boston Globe published The Biggest Threat facing middle age men isn’t smoking or obesity. It’s loneliness.
Globe reporter Billy Baker’s article exploring how men let friendships lapse as they grow older - leading to loneliness induced health risks- struck a chord around the world, and prompted a follow-up article published just two weeks later.
He wrote specifically about his experience as a husband and father, which he described as somewhat “typical” of the male experience:

During the week, much of my waking life revolves around work. Or getting ready for work. Or driving to work. Or driving home from work. Or texting my wife to tell her I’m going to be late getting home from work.
Much of everything else revolves around my kids. I spend a lot of time asking them where their shoes are, and they spend a lot of time asking me when they can have some “dada time.” It is the world’s cutest phrase, and it makes me feel guilty every time I hear it, because they are asking it in moments when they know I cannot give it to them — when I am distracted by an e-mail on my phone or I’m dealing with the constant, boring logistics of running a home.
We can usually squeeze in an hour of “dada time” before bed — mostly wrestling or reading books — and so the real “dada time” happens on weekends. That’s my promise. “I have to go to work, but this weekend,” I tell them, “we can have ‘dada time.’ ”

Dr. Richard S. Schwartz, a Cambridge psychiatrist and author quoted in the Globe article, believes the overscheduled modern lifestyle is the main cause of current or eventual loneliness:

According to research, he said, this trend can have dire outcomes:

“...those who were more socially isolated were much more likely to die during a given period than their socially connected neighbours, even after you corrected for age, gender, and lifestyle choices like exercising and eating right. Loneliness has been linked to an increased risk of cardiovascular disease and stroke and the progression of Alzheimer’s. One study found that it can be as much of a long-term risk factor as smoking.”

Baker’s article also points to research carried out in 2015:

[A] huge study out of Brigham Young University, using data from 3.5 million people collected over 35 years, found that those who fall into the categories of loneliness, isolation, or even simply living on their own see their risk of premature death rise 26 to 32 percent.

Baker’s first article on the subject prompted him to reflect on his own situation. His second, in answer to the worldwide response from men who had let friendships fail and were on the way to or already experiencing profound loneliness, made him realise that friendship is something men in general need to work on.
His personal revelation hit the nail on the head:

My issue is not making new friends. It’s caring for the relationships I already have. I have many great friends from school and sports and work and wherever...“I’m not being a good friend. And now that I realize how important that is to my health, there’s no excuse for not doing better.”
I’m not lonely. Not yet. Maybe a bit sad that I don’t get to see my friends. But what this [article] did was force me to recognise that I was putting myself on a path where loneliness would be inevitable.

Another article on the same topic pointed out some key things for men, especially husbands and fathers, to be aware of.
One man realised that in the short term his own loneliness made life harder for the person he loved most:

I think it [not having friends] was causing a strain on my marriage because I needed friend time...

It has also been found that there are long-term effects when men fail to cultivate friendships outside the home as well as friendship with their sons:

Men who were not close to their fathers growing up were more likely to feel isolated in later life.

Add to that the fact that children mimic their parents’ habits and behaviours and one quickly realised how important good example in fostering and cultivating friendships really is.
Why not encourage the men you know to jump on the band wagon and make some positive changes regarding their friendships? They and their families will thank you for it.
For suggestions on how to get started check out these 4 ideas from psychologist Jim Schroeder to help men feel less alone.
Helena Adeloju is editor of Family Edge. She writes from Melbourne, Australia.
- See more at: https://www.mercatornet.com/family_edge/view/the-loneliness-of-the-middle-aged-man/19673#sthash.twYPRqIa.dpuf