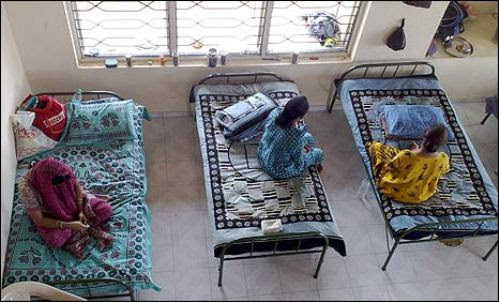 The government of Indian prime minister Narendra Modi has released a draft of a bill regulating the controversial surrogacy industry. The Surrogacy (Regulation) Bill, 2016 proposes a complete ban on commercial surrogacy, which would be a huge blow to the rapidly growing industry. It also restricts the clients of surrogate mothers to Indian citizens residing in India who are married but infertile; unmarried couples, single parents, and homosexuals would not be eligible. Only altruistic surrogacy will be allowed and clients would only be able to compensate women for their expenses. The surrogate must also be a close relative of the commissioning couple.

The government would become more involved with the creation of a National Surrogacy Board and surrogacy boards in the states as well.

Journalist Pinki Virani, author of the recent book Politics Of The Womb: The Perils Of IVF, Surrogacy & Modified Babies, welcomed a possible ban:

I support this complete stopping of commercial surrogacy because it favours none. There are many who are vocal about this, especially among India’s middle-class. They may not have the right words to articulate it but they do instinctively understand that to allow commercial surrogacy is to streamline a system where their own college-going daughters and sisters, their working wives, can get sucked into it with horrific physical and mental health consequences.

A favourite story for the Indian media in recent years has been Bollywood stars commissioning surrogates, a practice which Ms Virani condemns as the glamorisation of surrogacy by “certain sections of permanently-patriarchal Bollywood even as it wears the mask of modernity”. The parents are indifferent to the “acute hormonal violence, the onslaught on another woman’s womb, hyper-medicalised, to produce a son”.