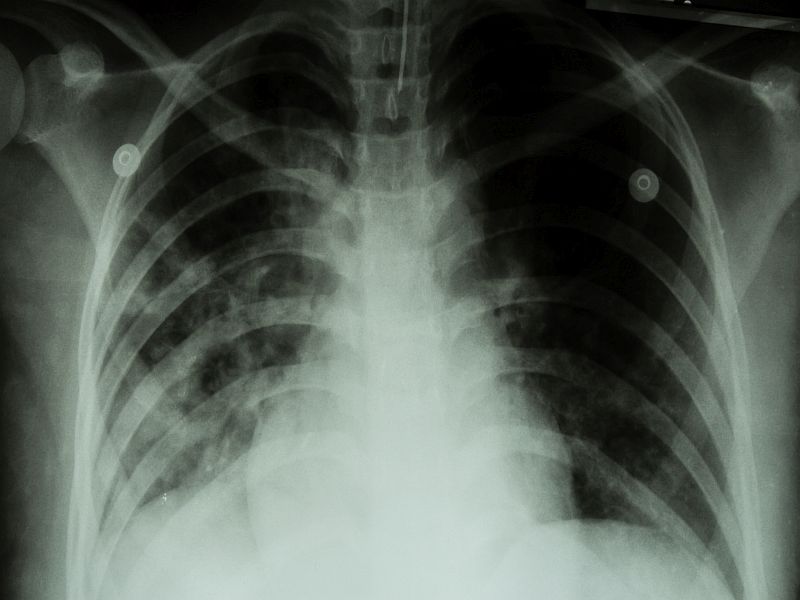 TUESDAY, April 25, 2017 (HealthDay News) -- It may be possible to use artificial intelligence to diagnose tuberculosis in people who live in developing nations, a new study suggests.
TB, among the top 10 causes of death worldwide, can be identified on X-rays. But, the expertise required to screen for and diagnose TB is often lacking in areas that have high rates of the lung disease, according to the study's authors.
The researchers from Thomas Jefferson University in Philadelphia used 1,007 X-rays of people with and without active TB to train artificial intelligence models to identify TB on X-rays. It proved highly accurate -- up to 96 percent-- in diagnosing cases.
The study findings were published online April 25 in the journal Radiology
"An artificial intelligence solution that could interpret radiographs for presence of TB in a cost-effective way could expand the reach of early identification and treatment in developing nations," study co-author Dr. Paras Lakhani, an assistant professor of radiology, said in a journal news release.
Artificial intelligence is a growing branch of computer science in which machines perform tasks that normally require human intelligence.
The researchers hope to further improve the computer models.
"We hope to prospectively apply this in a real world environment," Lakhani said. "An artificial intelligence solution using chest imaging can play a big role in tackling TB."
According to the World Health Organization, about 10.4 million people got tuberculosis in 2016, and 1.8 million died.
SOURCE: Radiology, news release, April 25, 2017
HealthDay
Copyright (c) 2017 HealthDay. All rights reserved.
News stories are written and provided by HealthDay and do not reflect federal policy, the views of MedlinePlus, the National Library of Medicine, the National Institutes of Health, or the U.S. Department of Health and Human Services.
Publicado por salud equitativa en 8:03