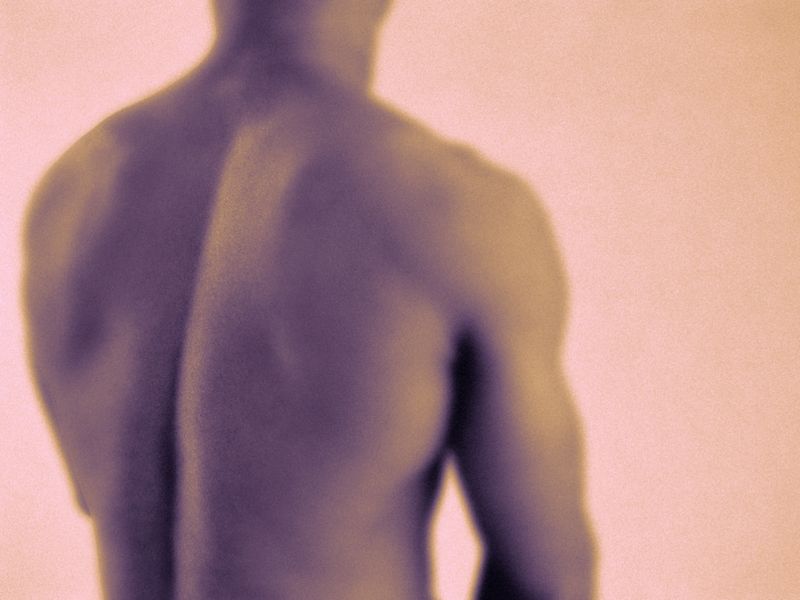 MONDAY, March 20, 2017 (HealthDay News) -- Chronic lower back pain affects millions of Americans. Many try steroid injections to ease their discomfort, but researchers now say this remedy provides only short-term relief.
In their study, investigators from France focused on 135 patients with back pain seemingly caused by inflammation between the discs and bones (vertebrae) in the lower spine.
The researchers found that a single steroid injection eased pain for one month. After that, however, effectiveness waned. Virtually no difference was seen one year after treatment between patients who did or didn't get the injection.
"Our results do not support the wide use of an injection of glucocorticoid in alleviating symptoms in the long term in this condition," said lead researcher Dr. Christelle Nguyen.
The findings are consistent with earlier studies, said Nguyen, an assistant professor of physical medicine and rehabilitation at Paris Descartes University.
Nguyen said she and her colleagues had hoped that targeting local disc inflammation with an anti-inflammatory steroid would help alleviate long-term pain.
To test their theory, they selected patients with chronic lower back pain and signs of disc inflammation on an MRI. On average, participants had suffered from back pain for six years. Half were assigned to a single steroid shot; the other half got no injection.
Patients rated their pain severity before the injection and again one, three, six and 12 months after the treatment.
One month after treatment, 55 percent of those who got the steroid injection experienced less lower back pain, compared with 33 percent of those who weren't treated.
"However, the groups did not differ for the assessed outcomes 12 months after the injection," Nguyen said.
For example, patients who did or didn't received a steroid injection ended up in similar circumstances, with the same incidence of disc inflammation, lower quality of life, more anxiety and depression and continued use of non-narcotic pain pills, she said.
Overall, most patients found the steroid injections tolerable, and would agree to have a second one if necessary, Nguyen said. "We had no specific safety concerns and found no cases of infection, destruction or calcification of the disc 12 months after the injection," she added.
The results were published March 20 in the Annals of Internal Medicine.
Dr. Byron Schneider, of Vanderbilt University School of Medicine in Nashville, noted there are many different causes of back pain.
In this study, the patients suffered from chronic back pain, he pointed out. "Patients with chronic lower back [pain] probably have more than one cause of their pain, which may be why the good results they found at one month weren't there a year later," said Schneider, an assistant professor of physical medicine and rehabilitation.
The study results don't mean steroid injections should be avoided altogether, he noted.
Patients with a sudden episode of back pain -- so-called acute pain -- probably don't need a steroid injection, he said.
"But if they're not getting better after a month or two the way we would expect them to, at that point it would be reasonable to discuss the pluses and minuses of a steroid injection," said Schneider, co-author of an accompanying journal editorial.
Chronic (long-term) back pain is a different situation, he said. Treating chronic back pain means treating the pain itself, but also using cognitive behavior therapy and "pain psychology" to help patients cope with pain, he said.
"For chronic pain, physicians need to address the musculoskeletal reasons that cause the hurt, but also other reasons that patients may be experiencing pain," Schneider said.
According to the editorial, psychological distress, fear of pain and even low educational levels can affect pain levels.
SOURCES: Christelle Nguyen, M.D., Ph.D., assistant professor, physical medicine and rehabilitation, Paris Descartes University, France; Byron Schneider M.D., assistant professor, physical medicine and rehabilitation, Vanderbilt University School of Medicine, Nashville, Tenn.; March 20, 2017, Annals of Internal Medicine
HealthDay
Copyright (c) 2017 HealthDay. All rights reserved.
News stories are written and provided by HealthDay and do not reflect federal policy, the views of MedlinePlus, the National Library of Medicine, the National Institutes of Health, or the U.S. Department of Health and Human Services.

More Health News on:
Back Pain