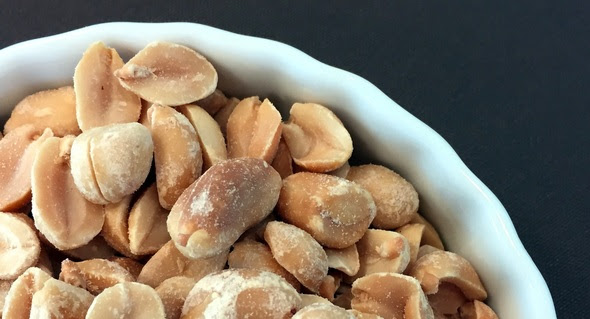 
Consortium Will Continue Seeking Food Allergy Treatment Strategies over Next Seven Years
March 29, 2017
The National Institutes of Health intends to award $42.7 million over seven years to the Consortium of Food Allergy Research (CoFAR)(link is external) so it may continue evaluating new approaches to treat food allergy. Established in 2005, the CoFAR has been continuously funded by the National Institute of Allergy and Infectious Diseases (NIAID), part of NIH. The first year of funding has been awarded, and awards will be made in subsequent years based on the availability of funds.
An estimated 4 percent of adults and 5 percent of children in the United States have food allergy, a condition in which the immune system reacts abnormally to a component of a food. Allergic symptoms can range from mild reactions, such as hives or stomach cramps, to severe and life-threatening anaphylaxis, characterized by swelling of the larynx, difficulty breathing, and fainting from low blood pressure. The prevalence of food allergy is rising without a known cause, and no U.S. Food and Drug Administration-approved treatment for food allergy is yet available.
To address this problem, CoFAR scientists are working to develop immunotherapy approaches to treat food allergy. Immunotherapy involves exposing the immune system to an allergen in a controlled way to eventually reduce immediate allergic symptoms and ultimately bring about long-term relief. This technique can take many forms, and the CoFAR is investigating different approaches.
Among its accomplishments to date, the CoFAR has demonstrated the clinical benefit of egg oral immunotherapy for treating egg allergy and has identified the most promising routes, doses and durations of egg and peanut immunotherapy for further study. In addition, the CoFAR has identified genes associated with an increased risk for peanut allergy among Americans of European descent.
Leading the CoFAR is Robert A. Wood, M.D., of Johns Hopkins University School of Medicine, Baltimore, with A. Wesley Burks, M.D., of the UNC School of Medicine, Chapel Hill, and Marsha Wills-Karp, Ph.D., of Johns Hopkins University, Baltimore.
WHERE:

The locations and principal investigators of the seven CoFAR clinical sites are:
RHO, Inc., of Chapel Hill is serving as the statistical and clinical coordinating center.
WHO: