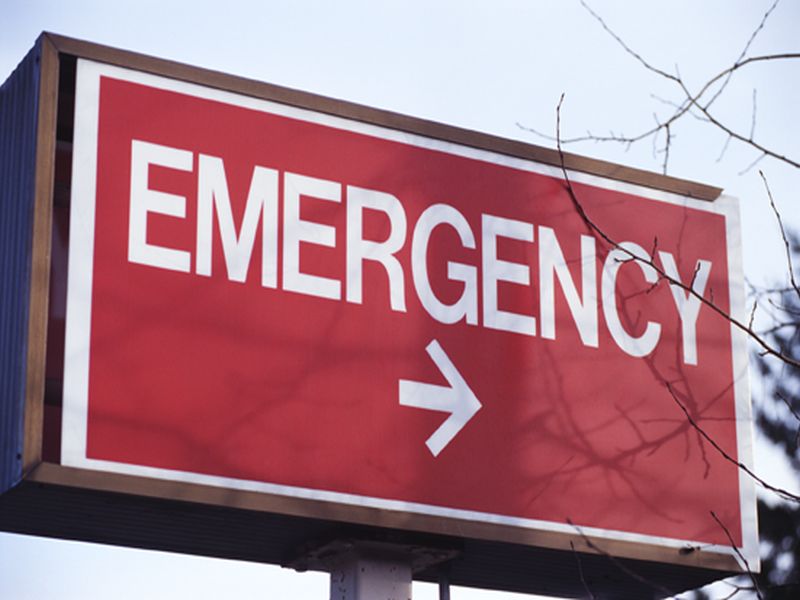 WEDNESDAY, Dec. 7, 2016 (HealthDay News) -- Escalating prices of the drug naloxone may threaten efforts to reduce opioid-related deaths across America, a team from Yale University and the Mayo Clinic warns.
Naloxone is a drug given to people who overdose on prescription opioids and heroin. If administered in time, it can reverse the toxic and potentially deadly effects of "opioid intoxication."
The research team called attention to skyrocketing prices for the lifesaving antidote, noting:
Naloxone is part of a wave of precipitous price hikes affecting old and new medicines. These drugs include Mylan's EpiPen injectors for life-threatening allergic reactions and insulin for diabetes made by Eli Lilly and Company, Novo Nordisk and Sanofi U.S.
"The challenge is as the price goes up for naloxone, it becomes less accessible for patients," said Ravi Gupta, the study's lead author.
Gupta, a fourth-year Yale medical student, with Dr. Joseph Ross of Yale and Nilay Shah of the Mayo Clinic concluded, "Taking action now is essential to ensuring that this lifesaving drug is available to patients and communities."
Overdose deaths from prescription opioid painkillers have quadrupled since 1999 in the United States. More than 165,000 deaths have occurred from 1999 to 2014, the federal Centers for Disease Control and Prevention said.
Hospital emergency departments remain the largest users of naloxone. But, in recent years, local health departments, emergency medical services and community-based organizations have been acquiring the drug to use at the scene of overdoses or to hand out to people at risk, according to the U.S. Food and Drug Administration.
Several U.S. agencies have recommended boosting access to naloxone to combat prescription opioid-related deaths, the study authors noted.
The authors argued that the government should do more to ensure the drug is affordable.
Possible strategies include: encouraging generic competition; buying in bulk; and importing generics from international manufacturers. The government could also invoke a federal law that allows it to contract with a manufacturer to produce less-costly versions, the study authors suggested.
It's also possible that the FDA could switch naloxone to over-the-counter status, the researchers said.
"A lot of the solutions require strong political will, which doesn't seem to be present," Gupta said.
Daniel Raymond is policy director for the Harm Reduction Coalition (HRC). HRC is a national organization that addresses drug user health issues through advocacy and training.
There are hundreds of harm reduction programs across the country, Raymond said. Most are relatively small. That leaves them with little leverage in terms of purchasing power.
"I have not heard yet that anybody's saying, 'I'm sorry; we're out of money; we're going to stop purchasing naloxone,' but I feel like the clock is ticking," Raymond said.
What's more, Gupta said, if local governments are purchasing the drug, "the high cost of the drug can crowd out funding for other public services."
Raymond said the study authors' analysis of naloxone's pricing "really throws the ball in the federal government's court."
In the meantime, other stakeholders are taking matters into their own hands.
Last month, Ohio Attorney General Mike DeWine announced that his state has secured a one-year price freeze on naloxone nasal spray from Adapt Pharma.
The state also has an agreement with Amphastar for rebates on naloxone purchases until March 2017.
Pharmaceutical companies say they are sensitive to patients' need for the drug.
Rachel Hooper, Pfizer's director of global media relations, defends Hospira's naloxone pricing.
"We believe our actions have reflected sensitivity to the need for the product" while taking into account the "investments needed to produce high-quality generic drugs," she said.
Pfizer has awarded $1 million in opioid overdose grants to five states, and donated up to 1 million doses of injectable naloxone to the humanitarian organization Direct Relief, Hooper said.
Mark Herzog is vice president of corporate affairs for Kaleo Inc., maker of Evzio. He pointed to actions his company has taken to ensure access to its drug.
In February, Kaleo began making Evzio available at no cost to any patient with commercial insurance and a prescription. The company is offering the coverage even if someone's insurance doesn't cover the drug, he said. Uninsured patients in financial hardship can also receive the drug for free.
In addition, the company has donated 150,000 auto-injectors to over 250 first-responder agencies, public health departments and nonprofit community groups across 34 states, he said.
The study authors' findings are published in the Dec. 8 issue of the New England Journal of Medicine.
SOURCES: Ravi Gupta, medical student, Yale University School of Medicine, New Haven, Conn.; Daniel Raymond, director of policy, Harm Reduction Coalition, New York City; Mark Herzog, vice president, corporate affairs, Kaleo Inc.; Rachel Hooper, director, global media relations, Pfizer Inc., New York; Dec. 8, 2016, New England Journal of Medicine
HealthDay
Copyright (c) 2016 HealthDay. All rights reserved.
News stories are provided by HealthDay and do not reflect the views of MedlinePlus, the National Library of Medicine, the National Institutes of Health, the U.S. Department of Health and Human Services, or federal policy.