Contagious virus, which can cause complications, can be prevented by vaccine, specialist says 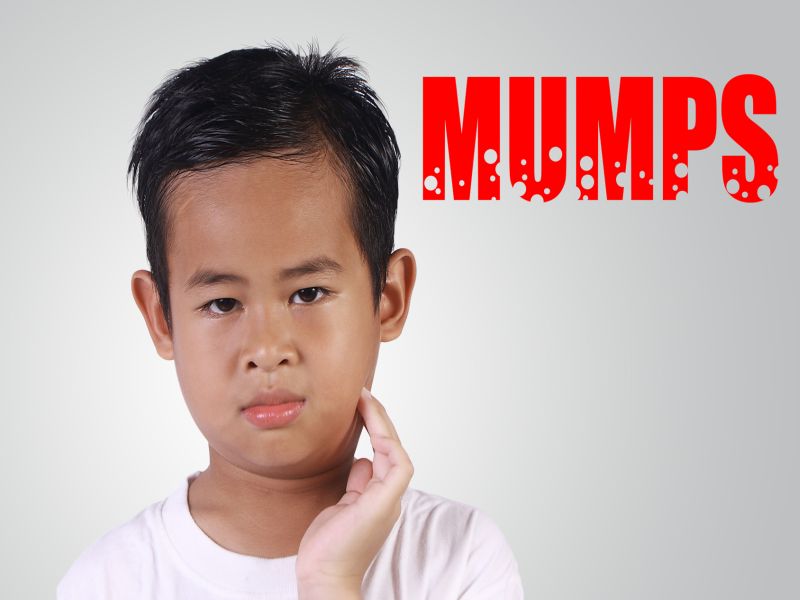 WEDNESDAY, Dec. 21, 2016 (HealthDay News) -- Mumps cases have hit a 10-year high in the United States, and the contagious disease is especially common on college campuses, an infectious disease expert says.
Before a mumps vaccine became widely available in the United States in 1967, nearly every child would get infected. Since then, cases have declined more than 99 percent, but outbreaks still occur, according to Dr. Cristie Columbus. An infectious disease specialist, she is vice dean of Texas A&M College of Medicine's Dallas campus.
Symptoms include enlarged salivary glands -- which cause puffy cheeks and a swollen jaw -- along with fever, fatigue and head and muscle aches. Up to 40 percent of people with mumps have mild symptoms or none at all and may not realize they are sick. But, they can still spread the disease to others.
Mumps symptoms typically begin 16 to 18 days after infection. They last a week to 10 days.
"Although most people recover completely in a few weeks, sometimes serious complications of mumps can occur, especially in adults. Men and adolescent boys can develop mumps infection of the testicles that results in testicular pain and swelling, which can cause sterility," Columbus said in a university news release.
"Other types of inflammation associated with the disease include meningitis [which affects the protective membranes covering the brain and spinal cord] and encephalitis [which affects the brain itself]. Rarely, these conditions can lead to permanent loss of hearing, disability or even death," she said.
Mumps can spread through coughing, sneezing, talking and through sharing items that come into contact with saliva, like drinking glasses and utensils.
Columbus urged anyone who is eligible to get immunized with the MMR vaccine, which protects against mumps, measles and rubella. She said repeated studies have shown the vaccine is safe and is not linked to autism.
SOURCE: Texas A&M, news release, Dec. 19, 2016
HealthDay
Copyright (c) 2016 HealthDay. All rights reserved.
News stories are provided by HealthDay and do not reflect the views of MedlinePlus, the National Library of Medicine, the National Institutes of Health, the U.S. Department of Health and Human Services, or federal policy.