By Sally Robertson, BSc
Since the U.S Preventative Services Task Force recommended against prostate-specific antigen (PSA) screening for prostate cancer, there has been a significant decrease in the number of prostate biopsies and prostate cancer surgeries across the nation, report researchers.
Following the recommendation, which was made in 2012, urology expert Joshua Halpern (Weill Cornell Medicine, New York) and colleagues started investigating what the nationwide effects have been on the diagnosis and treatment of prostate cancer. 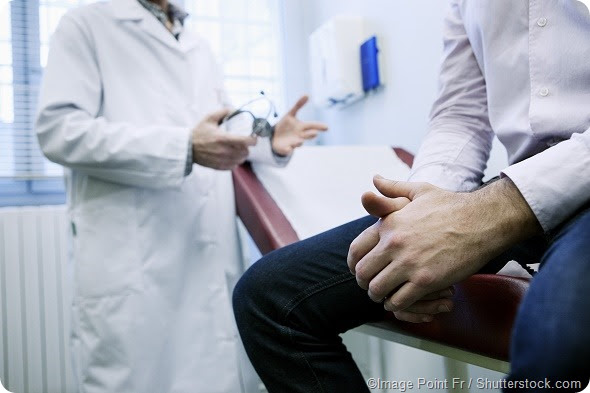 The team evaluated operative procedures by a nationally representative sample of urologists from 2009 through 2016 for variation in the number of prostate biopsies and radical prostatectomies (part or full removal of the prostate) carried out.

As reported in JAMA Surgery online, the researchers found that the number of prostate biopsies and radical prostatectomies decreased by 28.7% and 16.2%, respectively, following the recommendation.
In response to the findings, the authors wrote: “A panoramic vantage point is needed to evaluate the long-term consequences of the 2012 USPSTF recommendation.”
Urologist and surgeon Jason Hafron (Beaumont Hospital , Royal Oak, Michigan) says the recommendation has dramatically changed the landscape of diagnosing prostate cancer.


“With the use of PSAs reduced significantly, we may see more advanced and aggressive forms of cancer, with the unintended consequence of more men dying.

According to estimates from the American Cancer Society, 27,540 men died in the US as a result of prostate cancer in 2015 and approximately 220,000 are expected to be diagnosed with the condition by the end of this year. Nationwide, prostate cancer is the second most commonly diagnosed cancer next to skin cancer.
Men who may benefit from undergoing PSA screening include those aged 55 to 69 years, those with a family history of the condition, African-American men and those with an abnormal prostate exam finding.
Hafron believes the screening is a valuable diagnostic tool for these individuals and that physicians should continue to discuss the risks and benefits of screening with them. He also points out that people in the field of urology are now focusing on refining techniques to identify which prostate cancer cases are lethal and should be treated.
“I agree we need to be a lot smarter and selective of who we are screening and when, but we should not stop using PSA altogether as recommended by the USPSTF,” he concludes.