MercatorNet: The benefits of boredom

MercatorNet: The benefits of boredom

The benefits of boredom

Keeping the kids entertained may be doing more harm than good. 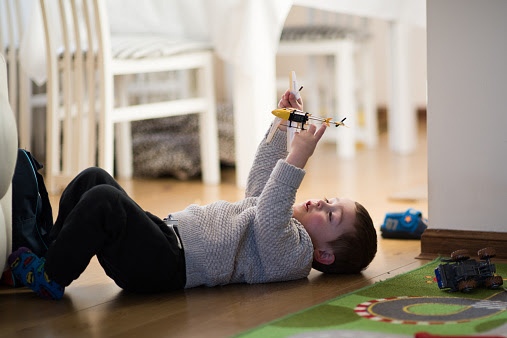 Call me idealistic, but I picture a future where my kids know how to play. Where they aren’t constantly glued to a device, and where my sole purpose isn’t to provide unending entertainment. Where they can interact with the people around them instead of being distracted by my smartphone; and where they can spend hours making up their own games like I did with my siblings when I was growing up.
But it’s the way of the world now, people tell me; it’s unavoidable! Not to mention that it’s the modern pacifier - and whether I like it or not, I will end up giving in for the sake of convenience. I agree to the extent that the temptation will certainly exist. But that reasoning just isn’t good enough for me. Yes, my kids need to be tech-savvy and allowed to enjoy a movie, but I want them to be free of a kind of ‘slavery’ to all things technology. Most of all however, I want them to be their best selves – and after reading this article from the World Economic Forum, I’m even more convinced that a little time for boredom is just what kids need these days.
This article mentions a large-scale study in the 1980s which compared the imagination of kids who had television sets and those who did not: the kids with no TVs scored significantly better. It also mentions professionals who credit periods of boredom for building their creativity and setting them on the path that they are today. In other words, boredom is a good thing! We do so much these days to keep it at bay, when all along we should be appreciating it!
So, what are the benefits of boredom, according to this article?
For one, it enriches personal experience. I suppose this is a bit like how experiencing sadness makes our moments of happiness all the sweeter – feeling bored or neutral at times means that we experience stimulating moments more fully by comparison.
Boredom teaches independence, because children do not become dependent on external stimulus, whether material possessions or entertainment.
Boredom is necessary for empathy. If we are constantly entertained by something or another, we have no time (or desire) to put ourselves in another’s shoes. We are too busy meeting our own wants to think about others.
Boredom creates change. Necessity may be the mother of invention, but I’d add that boredom is as well. It allows a mind some time to itself: to switch off, and daydream, and create.
It helps kids to think for themselves. Always being switched on to media and entertainment may tell you how the world thinks, but it won’t tell you what you think or what your opinions are. Boredom is a chance to pursue their own thoughts, as well as to discover personal interests and talents. So many people don’t know how to be alone with themselves and their own thoughts, which is a sad thing.
Boredom allows for the development of many great qualities. As the article suggests, these include curiosity, perseverance, playfulness, interest, confidence, inventiveness, observation and concentration.
Aren’t these all skills with lifelong value?

I would like to lodge a complaint with Fate, or Destiny, or That's The Way The Cookie Crumbles. Or whoever. It happens every year on the first Tuesday of November in Australia. I always have a horse in the Melbourne Cup, the race that stops the nation, and I never win anything.
This year, I backed Excess Knowledge at 60 to 1. His name appealed to me, as a person who knows too much about everything and not very much about anything. He placed 16th. You may say, "well, what did you expect?" And I will respond, well, I expected better after last year when Prince of Penzance galloped home at 100 to 1.
I wouldn't mind if it happened just once, but it happens often. In fact, Every. Single. Year. With. Out. Fail.
Sorry, I just had to get this off my chest. Editors are human, too. you know.
Canadian journalist Donna Laframboise has written the lead story today, on peer review and the reproducibility crisis in science. Last year, she reports, Richard Horton, editor of The Lancet, admitted that "much of the scientific literature, perhaps half, may simply be untrue." If this is the case in medicine and other scientific disciplines, how about the social sciences?