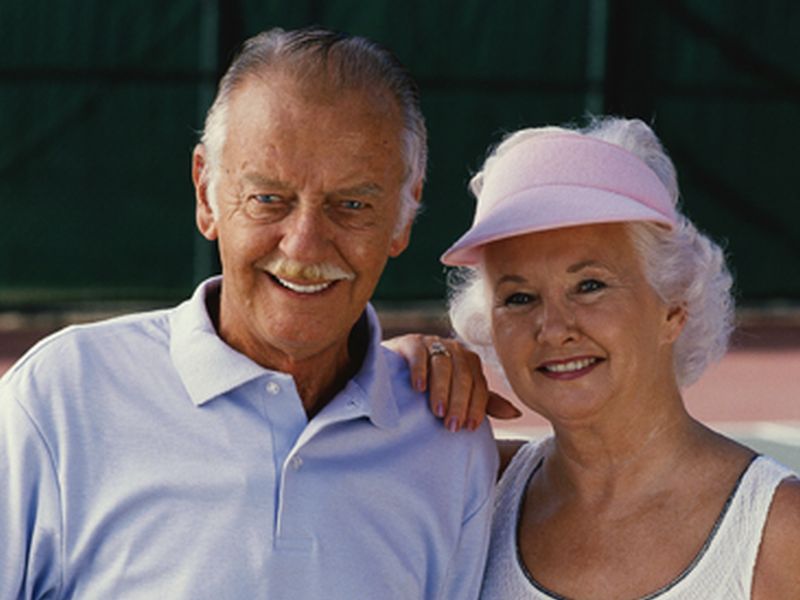 MONDAY, Oct. 31, 2016 (HealthDay News) -- A large new study adds to questions about whether your "good" HDL cholesterol levels really affect your risk of heart disease.
The study, of nearly 632,000 Canadian adults, found that those with the lowest HDL levels had higher death rates from heart disease and stroke over five years. But they also had higher death rates from cancer and other causes.
What's more, there was no evidence that very high HDL levels -- above 90 mg/dL -- were desirable.
People with HDL that high were more likely to die of noncardiovascular causes, compared to those with HDL levels in the middle, the study found.
The fact that low HDL was linked to higher death rates from all causes is key, said lead researcher Dr. Dennis Ko.
That suggests it's just a "marker" of other things, such as a less healthy lifestyle or generally poorer health, he said.
That also means it's unlikely that low HDL directly contributes to heart disease, added Ko, a senior scientist at the Institute for Clinical Evaluative Sciences in Toronto.
"This study is going against the conventional wisdom," he said.
But the reality is, doctors are already shifting away from the conventional wisdom, said cardiologist Dr. Michael Shapiro.
Shapiro, who was not involved in the study, is a member of the American College of Cardiology's Prevention of Cardiovascular Disease Section.
"Many people know that HDL is the 'good' cholesterol," he said. "But they may not know that the medical community is moving away from the idea that we've got to raise low HDL."
That's in part because of the results of several clinical trials that tested the vitamin niacin and certain medications that boost HDL levels.
The studies found that while the treatments do raise HDL, they make no difference in people's risk of heart trouble.
On top of that, Shapiro said, research has shown that gene variants associated with HDL levels have no connection to the risk of cardiovascular disease.
No one is saying that doctors and patients should ignore low HDL levels. Levels below 40 mg/dL are linked to a heightened risk of heart disease.
"That is a consistent finding," Shapiro said. "So we can reliably use it as a marker to identify patients at higher risk and see what else is going on with them."
Causes of low HDL include a sedentary lifestyle, smoking, poor diet and being overweight. And it's probably those factors -- not the HDL level itself -- that really matter, Shapiro said.
The current findings are based on medical records and other data from nearly 631,800 Ontario adults ages 40 and up. Over five years, almost 18,000 of them died.
Ko's team found that men and women with low HDL levels were more likely to die during the study period, versus those with levels between 40 and 60 mg/dL.
But they had increased risks of not only heart disease death, but also death from cancer or other causes.
People with low HDL tended to have lower incomes, and higher rates of smoking, diabetes and high blood pressure. After the researchers accounted for those factors, low HDL was still linked to higher death rates.
"But we couldn't account for everything," Ko said. And he believes that factors other than HDL number -- such as exercise and other lifestyle habits -- are what count.
"When you see that something [low HDL] is associated with deaths from many different causes, it's probably a 'generic' marker of risk, rather than a cause," Ko said.
At the other end of the spectrum, people with very high HDL -- topping 90 mg/dL -- faced increased risks of dying from noncardiovascular causes.
Shapiro called the finding "very interesting," but the reasons for it are unclear.
Alcohol can raise HDL. So that raises the question of whether heavy drinking helps explain the link, said Dr. Robert Eckel, a professor of medicine at the University of Colorado Denver, Anschutz Medical Campus.
Regardless, there is no reason for people to try to send their HDL skyward using niacin or other medications. "Raising HDL with drugs is not indicated," Eckel said.
Shapiro stressed the importance of lifestyle: "Don't smoke, get regular aerobic exercise, lose weight if you need to."
Those things may, in fact, boost your HDL, Shapiro noted. But it's not the number that matters, he said, it's the healthy lifestyle.
The findings were published Oct. 31 in the Journal of the American College of Cardiology.
SOURCES: Dennis Ko, M.D., M.Sc., senior scientist, Institute for Clinical Evaluative Sciences, Toronto, Canada; Michael Shapiro, D.O., member, American College of Cardiology Prevention of Cardiovascular Disease Section; Robert Eckel, M.D., professor, medicine, University of Colorado Denver, Anschutz Medical Campus; Oct. 31, 2016, Journal of the American College of Cardiology, online
HealthDay
Copyright (c) 2016 HealthDay. All rights reserved.
News stories are provided by HealthDay and do not reflect the views of MedlinePlus, the National Library of Medicine, the National Institutes of Health, the U.S. Department of Health and Human Services, or federal policy.