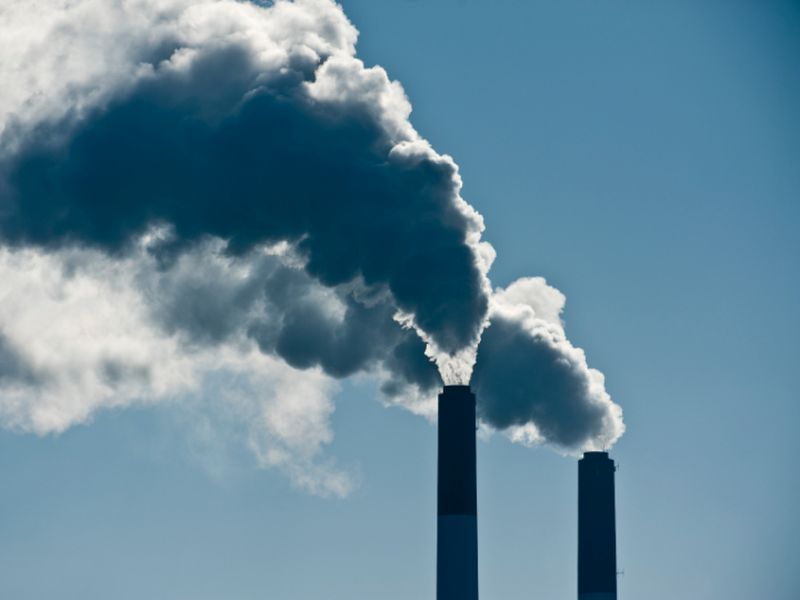 WEDNESDAY, Aug. 10, 2016 (HealthDay News) -- Curbing two types of air pollution could save thousands of lives in the United States every year, a new study contends.
Research by the American Thoracic Society (ATS) says that reduced airborne levels of ozone and fine particles would also prevent many serious illnesses and significantly reduce missed days of school and work. The ATS recommendations are lower than current U.S. Environmental Protection Agency standards.
Specifically, the ATS said 9,320 lives could be saved each year with an eight-hour ozone standard of 0.060 parts per million, rather than the EPA's 0.070 standard. So would a fine particle annual standard of 11 micrograms per cubic meter, rather than the EPA's 12 microgram standard.
Stricter standards would reduce serious health events such as heart attacks, hospital admissions and emergency room visits by 21,400 a year, the ATS said. The reduced pollution would also cut 19.3 million days that severe breathing problems leave Americans unable to go to work, school or be physically active each year, the group said.
The study was published online in the August issue of the journal Annals of the American Thoracic Society.
"While there is information available about counties in the United States that exceed EPA air pollution standards, there has not been a similar source of information about how that air pollution actually affects the health of people living in those areas," study lead author Kevin Cromar said in a society news release.
The pollution levels recommended by the ATS are based on national and international animal and human studies, the group said.
According to the ATS, the 10 urban areas that would benefit most from lower levels of these air pollutants are:
Cromar is director of the Air Quality Program at the Marron Institute of Urban Management at New York University. He's also an assistant professor of population health and environmental medicine at the NYU School of Medicine.
SOURCE: American Thoracic Society, news release, Aug. 10, 2016
HealthDay
Copyright (c) 2016 HealthDay. All rights reserved.
News stories are provided by HealthDay and do not reflect the views of MedlinePlus, the National Library of Medicine, the National Institutes of Health, the U.S. Department of Health and Human Services, or federal policy.