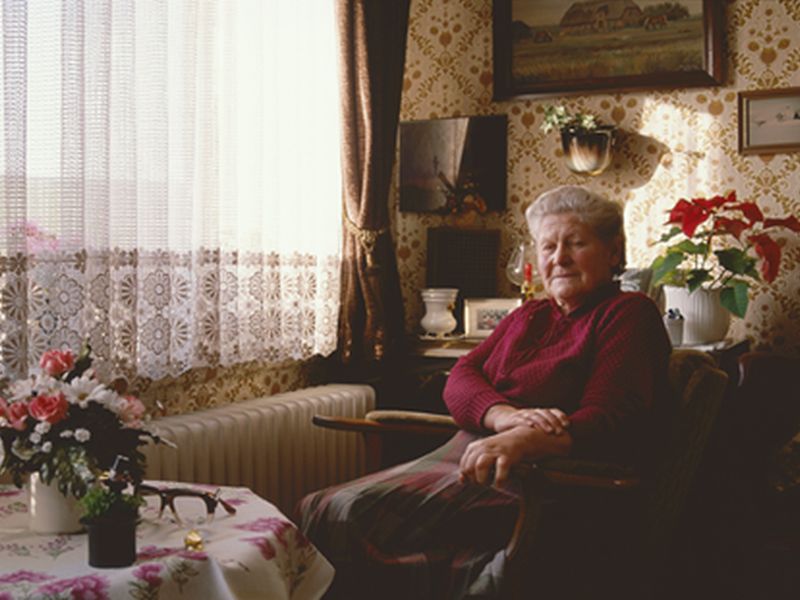 TUESDAY, Aug. 9, 2016 (HealthDay News) -- Most older Americans struggling with chronic illnesses live too far from "in-home" medical care providers to get the help they need to stay in their homes, a new study finds.
At least 2 million Medicare beneficiaries are homebound, compared to fewer than 2 million beneficiaries who receive care in nursing homes, the researchers said. Yet, seven times more primary-care providers visited nursing homes than patients at home during the two-year study period.
And more than half of Americans live more than 30 miles from a high-volume provider of "home-based medical care," the study also revealed. These services are mostly concentrated in large urban areas.
Home-based medical care is a modern twist on the old-fashioned doctor's house call. It involves a team-based approach to managing the care of functionally limited, chronically ill older adults, the researchers explained. Physicians, nurse practitioners and physician assistants manage patients' medical needs in collaboration with nurses, social workers and subspecialists.
Services provided in patients' homes run the gamut, from IV therapy and wound care to EKGs and X-rays, the researchers said.
"It's not just making house calls. If they go to the hospital, you're responsible for them there as well," added Dr. Eric De Jonge, director of geriatrics at MedStar Washington Hospital Center in Washington, D.C. He was not involved in the analysis.
People with chronic medical conditions who are frail, functionally limited and homebound account for about half of the costliest 5 percent of patients, the study authors noted. But using home-based medical care appears to reduce their reliance on specialty care, they added.
As the population ages, demand for in-home medical care is expected to swell.
"The Baby Boomer generation, they're aging fast and they are living longer with multiple health conditions," said study lead author Nengliang (Aaron) Yao. He is an assistant professor in the department of public health sciences at the University of Virginia School of Medicine.
For the study, Yao and his colleagues used Medicare fee-for-service provider data from 2012 and 2013 to map the service areas of home-based medical care providers and identify gaps in coverage.
"It's fascinating, because it gives probably the first picture of the geographic spread of the home-based medical care workforce in the United States," said De Jonge, co-founder of MedStar's Medical House Calls Program.
The study was published in the August issue of Health Affairs.
About 5,000 primary care providers made 1.7 million home visits to Medicare fee-for-service patients each year of the study, Yao's team reported. Almost 10 percent of these providers were responsible for almost half of the home care visits.
It appears that lagging reimbursement remains an obstacle to attracting more doctors and nurses to home-based health care.
For example, internal medicine physicians made only about half a million home visits, versus 8 million nursing facility visits, in 2012. Medicare paid those providers $500 million for nursing facility visits. That's 10 times more than what it paid for home visits.
In some states, Medicare spent more than $10 per beneficiary on home-based medical care. In others, it spent less than 10 cents per beneficiary, the study authors reported.
"We need to find a financial model to attract young doctors, nurse practitioners and physician assistants to come into this field," Yao said.
The U.S. Centers for Medicare and Medicaid Services (CMS) is testing home-based care as part of an ongoing "shared savings" project. The Independence at Home Demonstration saved CMS an average of $3,070 per participant in the first year, when compared with what Medicare would have otherwise spent on these patients, the study authors said.
The American Academy of Home Care Medicine is involved in setting up training programs for new staff and new programs across the country, said De Jonge, president-elect of the Chicago-based organization.
"You have to train the new workforce, and you have to pay them fairly so you don't pay a financial penalty for doing this type of work," he said.
SOURCES: Nengliang (Aaron) Yao, Ph.D., assistant professor, department of public health sciences, University of Virginia School of Medicine, Charlottesville; Eric De Jonge, M.D., director, geriatrics, MedStar Washington Hospital Center, co-founder, Medical House Call Program, Washington, D.C., and president-elect, American Academy of Home Care Medicine, Chicago; August 2016, Health Affairs
HealthDay
Copyright (c) 2016 HealthDay. All rights reserved.
News stories are provided by HealthDay and do not reflect the views of MedlinePlus, the National Library of Medicine, the National Institutes of Health, the U.S. Department of Health and Human Services, or federal policy.