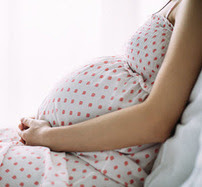 Coordinating with the government of Puerto Rico to help combat the virus, which puts thousands of pregnant women at risk
August 12, 2016 – La Fortaleza and Washington D.C. – At the request of Governor Alejandro García Padilla, U.S. Health and Human Services Secretary Sylvia M. Burwell today declared a public health emergency for Puerto Rico, signaling that the current spread of Zika virus poses a significant threat to public health in the Commonwealth relating to pregnant women and children born to pregnant women with Zika. The declaration is a tool that provides support to the government of Puerto Rico to address the outbreak on the island and underscores the public health risk of Zika, particularly to pregnant women and women of childbearing age.
"This Administration is committed to meeting the Zika outbreak in Puerto Rico with the necessary urgency,” Secretary Burwell said. “As the first virus that can be transmitted by mosquitoes known to cause severe birth defects, we are working closely with Puerto Rican officials to pursue solutions to fight the virus in Puerto Rico with a focus on protecting pregnant women and continuing our efforts with jurisdictions throughout the United States to address this public health threat. This emergency declaration allows us to provide additional support to the Puerto Rican government and reminds us of the importance of pregnant women, women of childbearing age, and their partners taking additional steps to protect themselves and their families from Zika."
On his end, Garcia Padilla expressed his gratitude for the support given by the Administration of President Barack Obama, and added that “the threat of Zika to future generations of Puerto Ricans is evident, and I feel a responsibility to do everything that is within my reach to make sure we fight the spread of the virus. This is why we are actively looking for alternatives to prevent the number of infections from increasing. The declaration made by HHS, which grants access to certain funds, is another example of collaboration between the federal government and the government of Puerto Rico. We will continue our campaign to guide Puerto Ricans on the steps needed to prevent becoming infected with Zika; especially to prevent the virus from affecting pregnant women. We will also continue assisting communities on the island in order to eliminate potential breeding sites and using land methods to attack adult mosquitoes. I want to reemphasize the importance that citizens have in actively participating alongside the authorities in prevention efforts against the virus."
Through the public health emergency declaration, the government of Puerto Rico can:
Zika virus is known to cause microcephaly and other severe fetal brain defects.  It has also been associated with other adverse pregnancy outcomes, including miscarriage, stillbirth, and serious neurological problems.
According to the Puerto Rico Department of Health, as of August 12 there have been 10,690 laboratory-confirmed cases of Zika in Puerto Rico, including 1,035 pregnant women. The actual number of people infected with Zika likely is higher because most people with Zika infections have no symptoms and might not seek testing.
To prevent mosquito bites:
Secretary Burwell declared the public health emergency under section 319 of the Public Health Service Act.
To learn more about preventing Zika, visit www.cdc.gov/zika.
HHS declares a public health emergency in Puerto Rico in response to Zika outbreak | HHS.gov
Publicado por salud equitativa en 7:45