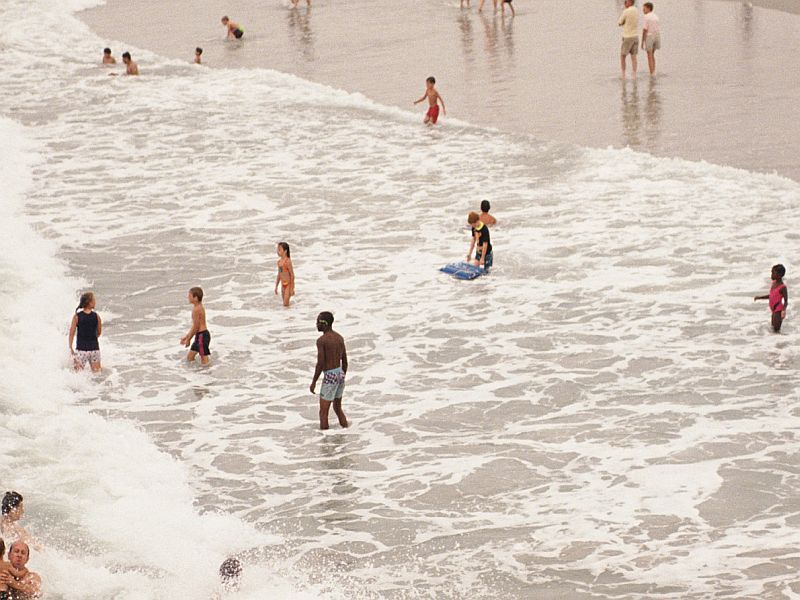 MONDAY, Aug. 8, 2016 (HealthDay News) -- Warming oceans may be boosting levels of dangerous bacteria in northern seas, possibly explaining why more people are getting sickened by tainted seafood and seawater, new research suggests.
"From long-term data, it is apparent that the level of these pathogens is rising in the ocean as a result of global warming," said study author Luigi Vezzulli. He is an associate professor with the department of earth, environmental and life sciences at the University of Genoa, in Italy.
At the moment, the threat to humans is still considered to be low. But Vezzulli said the germs in question, known as vibrios, pose a threat and must be monitored "in the light of ongoing climate change, especially in coastal areas most heavily affected by ocean warming."
Vibrios are a kind of bacteria that live in many kinds of water, explained Craig Baker-Austin, a senior research scientist with the Center for Environment, Fisheries and Aquaculture Science in the United Kingdom. There are more than 100 species of vibrios, he said, and about a dozen can make people sick with conditions ranging from mild stomach upset to wound infections and blood poisoning. The organisms are found in both the water and in shellfish.
The most infamous type of vibrio causes cholera, a disease that kills an estimated 100,000 to 120,000 people in the world each year and sickens as many as 5 million, the researchers said.
For the new study, scientists examined preserved samples of plankton taken from areas of the North Sea and North Atlantic Ocean from 1958 to 2011. The researchers used a measurement called a "relative abundance index" to track how levels of the bacteria compared to each other over time.
The scientists found that the levels of the germs went up along with the temperature of the sea. This isn't proof that ocean warming from climate change directly boosted the levels of the germs, Vezzulli said, but it's "strong evidence" that there's a link.
The rising levels of the germs could help explain why Northern Europe has seen more vibrio infections in recent years among people who swam and bathed in coastal waters, especially during heat waves, the study authors noted. And, heat waves will probably become more common as the earth becomes warmer, they added.
Still, these bacteria "are a rare cause of infection," Baker-Austin said. "But if you have serious underlying risk conditions -- such as diabetes, HIV and liver conditions including hepatitis and cirrhosis -- it is advisable to avoid consuming raw and undercooked seafood."
If you go to the beach, "try and avoid exposing a cut, burn or abrasion to seawater, especially if you have these types of conditions," he said. "Most serious cases that we see tend to involve people with these types of underlying issues."
What should be done next?
Vezzulli said it's important to monitor disease caused by the germs, especially in parts of Europe where doctors don't have to report certain infections caused by vibrios even though they've been fatal. And in the big picture, he said, it's crucial to combat global warming.
The study was published online Aug. 8 in the Proceedings of the National Academy of Sciences.
SOURCES: Luigi Vezzulli, Ph.D., associate professor, department of earth, environmental, and life sciences, University of Genoa, Italy; Craig Baker-Austin, Ph.D., BSc, senior research scientist, Center for Environment, Fisheries and Aquaculture Science, Weymouth, Dorset, U.K.; Aug. 8, 2016,Proceedings of the National Academy of Sciences, online
HealthDay
Copyright (c) 2016 HealthDay. All rights reserved.
News stories are provided by HealthDay and do not reflect the views of MedlinePlus, the National Library of Medicine, the National Institutes of Health, the U.S. Department of Health and Human Services, or federal policy.