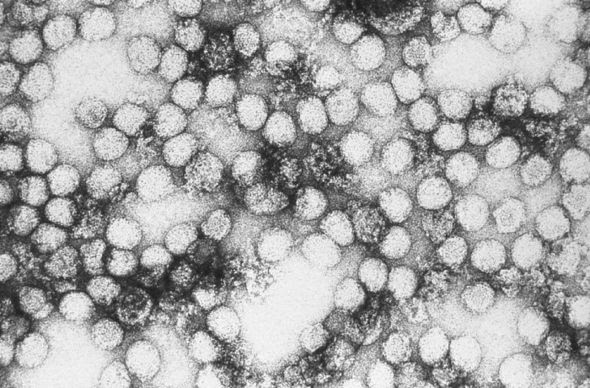 NIAID has begun an early-stage clinical trial of an investigational vaccine designed to protect against yellow fever virus. The Phase 1 study is evaluating whether an experimental vaccine developed by the Danish biopharmaceutical company Bavarian Nordic is safe, tolerable and has the potential to prevent yellow fever virus infection.

The National Institute of Allergy and Infectious Diseases (NIAID), part of the National Institutes of Health (NIH), has begun an early-stage clinical trial of an investigational vaccine designed to protect against yellow fever virus. The Phase 1 study is evaluating whether an experimental vaccine developed by the Danish biopharmaceutical company Bavarian Nordic is safe, tolerable and has the potential to prevent yellow fever virus infection.

Yellow fever virus is found in tropical and subtropical areas in South America and Africa. It caused an estimated 84,000 to 170,000 severe cases of disease and 29,000 to 60,000 deaths in 2013, according to the World Health Organization (WHO). The virus is transmitted to people primarily through the bite of infected female Aedes aegypti mosquitoes. Mild cases of infection can cause fever, back pain, headache, nausea, vomiting, fatigue and weakness. Most people recover, but approximately 15 percent of those infected develop severe disease manifested as yellow eyes and skin (jaundice), hemorrhage and shock, resulting in potentially fatal kidney, liver or heart conditions.

“Yellow fever has recently re-emerged as a major public health threat in parts of Africa. Although a vaccine exists to prevent this serious disease, it is currently in short supply, and it is not recommended for certain populations, such as pregnant women and people older than 60 years,” said NIAID Director Anthony S. Fauci, M.D. “We must develop new options for preventing this terrible disease.”

As of July 21, 2016, the WHO has reported a total of 3,682 suspected yellow fever cases with 361 deaths in the African country of Angola. Meanwhile, another 1,798 suspected cases have been reported in the Democratic Republic of The Congo (DRC), including 85 deaths. Cases with links to Angola have also been reported in Kenya and China.

More than 105 million people in Africa have been vaccinated against yellow fever in mass campaigns since 2006, according to the WHO. Despite this success, vaccine supplies are limited. In addition, in very rare cases, the current yellow fever vaccine can produce severe adverse complications, such as neurologic side effects, multiple organ system dysfunction and death. For this reason, the vaccine should not be given to infants, the elderly, pregnant women and those with compromised immune systems.

Bavarian Nordic’s experimental yellow fever vaccine, dubbed MVA-BN-YF, is based on the company’s proprietary MVA-BN platform, which uses an attenuated (weakened) version of the Modified Vaccinia Ankara (MVA) virus as a vaccine vector to carry yellow fever virus genes into the body. According to Bavarian Nordic, more than 7,600 people, including 1,000 individuals who are immunocompromised, have been safely vaccinated with MVA-BN-based vaccines.

The placebo-controlled, double-blinded clinical trial will enroll 90 healthy men and women ages 18 to 45 who have never been infected with a flavivirus, the family of viruses that includes yellow fever virus, West Nile virus, dengue and Zika virus, among others. Participants will be divided into six groups: One will receive the currently licensed yellow fever vaccine (15 participants) and five groups (15 participants each) will receive the investigational Bavarian Nordic vaccine, either with or without an adjuvant, a substance that is added to a vaccine to increase the body's immune response to the vaccine. The investigational vaccine will be administered intramuscularly while the licensed yellow fever vaccine will be administered subcutaneously. Trial participants will receive one or two doses of vaccine or placebo, separated by a month.

Previous laboratory and animal studies have suggested that combining MVA-BN with ISA 720, an experimental immune-boosting adjuvant that has been used in prior clinical trials, induces a strong immune response after a single dose of vaccine. One goal of the study will be to assess whether two doses of unadjuvanted vaccine or a single dose of ISA 720 adjuvanted vaccine could provide protection against yellow fever.

The multi-site clinical trial will be conducted by NIAID-funded Vaccine and Treatment Evaluation Units (VTEUs) at the University of Iowa in Iowa City and Saint Louis University in Missouri. Emory Vaccine Center in Decatur, Georgia will assist in evaluating data.

Additional details about the trial can be found at ClinicalTrials.gov using the identifier NCT02743455.
NIAID conducts and supports research—at NIH, throughout the United States, and worldwide—to study the causes of infectious and immune-mediated diseases, and to develop better means of preventing, diagnosing and treating these illnesses. News releases, fact sheets and other NIAID-related materials are available on the NIAID website.

About the National Institutes of Health (NIH): NIH, the nation's medical research agency, includes 27 Institutes and Centers and is a component of the U.S. Department of Health and Human Services. NIH is the primary federal agency conducting and supporting basic, clinical, and translational medical research, and is investigating the causes, treatments, and cures for both common and rare diseases. For more information about NIH and its programs, visit www.nih.gov.
Publicado por salud equitativa en 4:30