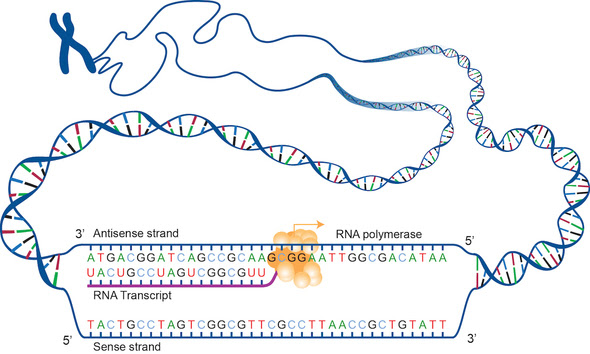 NIAID investigators have discovered that cells from HIV-infected people whose virus is suppressed with treatment harbor defective HIV DNA that can nevertheless be transcribed into a template for producing HIV-related proteins. This finding may affect scientists’ understanding of the long-term effects of HIV infection and what a cure would require.

Finding May Help Explain Persistent Immune Activation During Suppressive HIV Treatment
​WHAT:
Investigators from the National Institutes of Health have discovered that cells from HIV-infected people whose virus is suppressed with treatment harbor defective HIV DNA that can nevertheless be transcribed into a template for producing HIV-related proteins. This finding may affect scientists’ understanding of the long-term effects of HIV infection and what a cure would require.
When HIV infects a cell, it inserts its genetic instructions into the cell’s DNA. Effective treatment with anti-HIV drugs does not eliminate this HIV DNA (called proviral DNA or a provirus), so in theory it could give rise to new viruses during treatment. However, scientists previously have found that 95 percent or more of HIV proviruses are unable to encode intact viruses due to genetic mutations and deletions. As a result, researchers have come to think of these defective HIV proviruses as biological dead-ends.
This thinking may change thanks to the new finding by scientists in the Laboratory of Immunoregulation at the National Institute of Allergy and Infectious Diseases (NIAID), part of NIH.
Hiromi Imamichi, Ph.D., and colleagues used a technique for creating multiple copies of nearly full-length proviral DNA and cell-associated HIV RNA. The scientists showed that HIV RNAs complementary to defective proviruses could be found in cells from two of four people in whom treatment had suppressed the virus to undetectable levels for more than 8 years. This was evidence that the defective provirus had been transcribed from DNA into an RNA molecule. The researchers then demonstrated that these RNAs could encode novel HIV-related proteins. Thus, while unable to encode a virus, the defective proviral DNA could encode an intact protein.
This finding could help explain the persistent immune activation observed in people living with HIV who have undetectable levels of virus, say the study authors. The discovery also suggests another potential barrier to an HIV cure. More research is needed, however, to determine the impact of HIV RNA transcripts from defective proviruses, the authors add.
ARTICLE:
H Imamichi et al. Defective HIV-1 proviruses produce novel protein-coding RNA species in HIV-infected patients on combination antiretroviral therapy. PNAS DOI: 10.1073/pnas.1609057113 (2016).
WHO:
NIAID Director Anthony S. Fauci, M.D., and H. Clifford Lane, M.D., director of the NIAID Division of Clinical Research, are available for interviews. Dr. Fauci is chief of the NIAID Laboratory of Immunoregulation, and Dr. Lane is chief of the Clinical and Molecular Retrovirology Section within the laboratory.
CONTACT:
To schedule interviews, please contact Laura S. Leifman, (301) 402-1663, niaidnews@niaid.nih.gov.
NIAID conducts and supports research—at NIH, throughout the United States, and worldwide—to study the causes of infectious and immune-mediated diseases, and to develop better means of preventing, diagnosing and treating these illnesses. News releases, fact sheets and other NIAID-related materials are available on the NIAID website.
About the National Institutes of Health (NIH): NIH, the nation's medical research agency, includes 27 Institutes and Centers and is a component of the U.S. Department of Health and Human Services. NIH is the primary federal agency conducting and supporting basic, clinical, and translational medical research, and is investigating the causes, treatments, and cures for both common and rare diseases. For more information about NIH and its programs, visit www.nih.gov.