Headed to the Pool? Protect Yourself From the Poop: MedlinePlus

Headed to the Pool? Protect Yourself From the Poop: MedlinePlus

Headed to the Pool? Protect Yourself From the Poop

Bacteria and viruses can make you sick if you don't take precautions, doctor advises 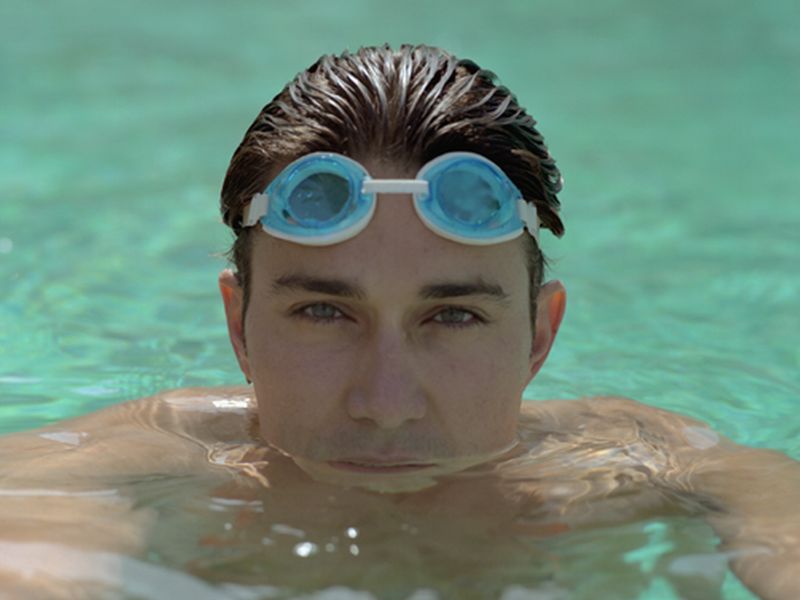 SATURDAY, July 9, 2016 (HealthDay News) -- Swimming is a great way to cool off on a hot day, but beware of fecal contamination that can make you sick, an expert says.
"The most common problems people get while swimming are intestinal infections, either bacterial or viral," said Dr. William Schaffner, chairman of the Department of Preventive Medicine at Vanderbilt University Medical Center, in Nashville.
Symptoms include diarrhea, nausea, vomiting and sometimes fever. These symptoms occur several hours after infection, so people often don't realize they were infected while swimming.
There are a number of ways to reduce the risk of such infections.
Check the pool before you or your children get in. "Does it have clear and clean water? If not, you should reconsider getting in," Schaffner said in a medical center news release.
Before going into a pool, always take a shower. Anyone who has had stomach problems in the previous 24 hours should stay out of the pool.
Parents should check every 30 to 60 minutes that their toddlers haven't soiled their diapers (even plastic swim diapers) or their swimsuits. Change diapers away from poolside and wash your hands afterward.
If a child has an accident in a public pool, alert staffers so they can take steps to clean the water and make it safe again, Schaffner said.
Urine in the pool is not a major concern, he said, because it is sterile, dilutes quickly and poses little health risk to other swimmers.
"None of this should dampen anyone's enthusiasm for the pool. With a few simple precautions, playing in the water can be safe and fun for everybody," Schaffner concluded.
SOURCE: Vanderbilt University Medical Center, news release, July 1, 2016
HealthDay
Copyright (c) 2016 HealthDay. All rights reserved.
News stories are provided by HealthDay and do not reflect the views of MedlinePlus, the National Library of Medicine, the National Institutes of Health, the U.S. Department of Health and Human Services, or federal policy.