Does Living Near a Fracking Site Make Asthma Worse?: MedlinePlus

Does Living Near a Fracking Site Make Asthma Worse?: MedlinePlus

Does Living Near a Fracking Site Make Asthma Worse?

Study found association, but not cause-and-effect 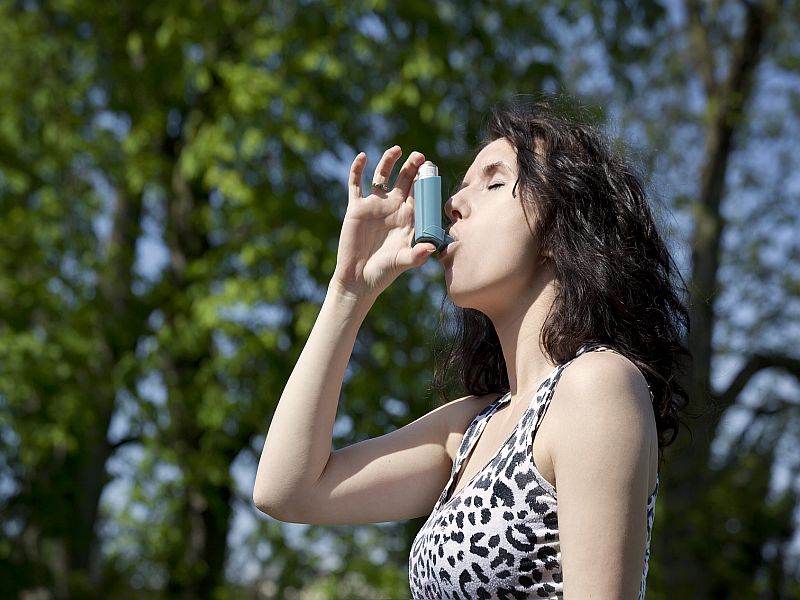 MONDAY, July 18, 2016 (HealthDay News) -- Living near fracking sites may make asthma worse for many of those who suffer from the respiratory condition, a new study suggests.
Fracking is a controversial process in which water, sand and chemicals are pumped deep into the ground at high pressure to extract hard-to-reach pockets of natural gas.
"The unconventional natural gas development process [fracking] has numerous environmental impacts that could affect health," said lead researcher Dr. Brian Schwartz. He is a professor of environmental health sciences, epidemiology and medicine at Johns Hopkins Bloomberg School of Public Health in Baltimore.
The list of impacts includes noise, vibration, strong odors, air pollution, water pollution, soil pollution, heavy truck traffic, conversion of rural areas to industrial ones and stress, he said.
Many of these can also affect asthma symptoms, Schwartz added. For example, asthma is known to be worsened by air pollution, odors and stress, all of which increase in areas with fracking, he said.
"I cannot say which impact may be causing asthma exacerbation. But, I can say there are multiple biologically plausible ways this could happen. Our two primary hypotheses are air pollution and stress," he added.
Schwartz said it's difficult to give advice on what exposures to avoid, since it's not known which of these is the most important one.
Also, the study didn't prove that fracking exposure causes asthma to worsen, just that there seems to be an association.
"Advice for how to minimize sleep disruption versus stress versus air pollution versus noise versus odors are all different," Schwartz said. "So, I think all we can do is to advise asthma patients in these areas is to be very vigilant about worsening of symptoms and have early discussions with their doctors."
One energy industry representative said there were flaws in the study.
"The authors focus in on a condition that can arise for numerous reasons, admit that they aren't actually able to show causation from oil and gas development, and even point out that cases that resulted in hospitalizations were of patients who were older, current smokers and obese," said Nicole Jacobs. She is Pennsylvania director for Energy In Depth, an energy industry lobbying group.
"Yet, they blame fracking anyway. Considering that one of the authors is on the board of an anti-oil and gas organization [Schwartz is a fellow at the Post Carbon Institute], this methodology should be called into question," she said.
For the study, Schwartz and his colleagues used electronic health records to collect data on more than 35,000 patients treated at Pennsylvania's Geisinger Clinic from 2005 through 2012.
The researchers looked at asthma exacerbations at four stages of natural gas production: preparing the site; drilling: stimulating the gas through fracking; and production. The investigators also calculated the distance of patients' homes from the wells.
Between 2005 and 2013, more than 6,000 natural gas wells were drilled at nearly 3,000 fracking sites, gas was stimulated in nearly 5,000 wells and gas production began at close to 4,000 wells, according to the report.
During that time, nearly 21,000 patients got new prescriptions for asthma medication for mild asthma, nearly 2,000 were seen in the emergency room for moderate asthma, and nearly 5,000 were hospitalized with severe asthma, the researchers found.
Patients with asthma living in areas with the highest activity of gas drilling and production had a higher risk of mild, moderate and severe asthma exacerbations, compared with those living in areas of lowest fracking activity, Schwartz's team found.
The report was published online July 18 in the journal JAMA Internal Medicine.
"This study doesn't prove that oil and gas extraction causes asthma, but it hints at it," said Rob Jackson, a professor in the School of Earth, Energy and Environmental Sciences at Stanford University.
"We need immediate cause-and-effect studies to figure out what's happening," Jackson said. "The frequency of asthma appears to jump for people living near producing oil and gas wells. That's where I'd look first."
SOURCES: Brian Schwartz, M.D., professor, environmental health sciences, epidemiology and medicine, Johns Hopkins Bloomberg School of Public Health, Baltimore; Rob Jackson, Ph.D., professor, School of Earth, Energy and Environmental Sciences, Stanford University, Stanford, Calif.; Nicole Jacobs, Pennsylvania director Energy In Depth; July 18, 2016, JAMA Internal Medicine, online
HealthDay
Copyright (c) 2016 HealthDay. All rights reserved.
News stories are provided by HealthDay and do not reflect the views of MedlinePlus, the National Library of Medicine, the National Institutes of Health, the U.S. Department of Health and Human Services, or federal policy.