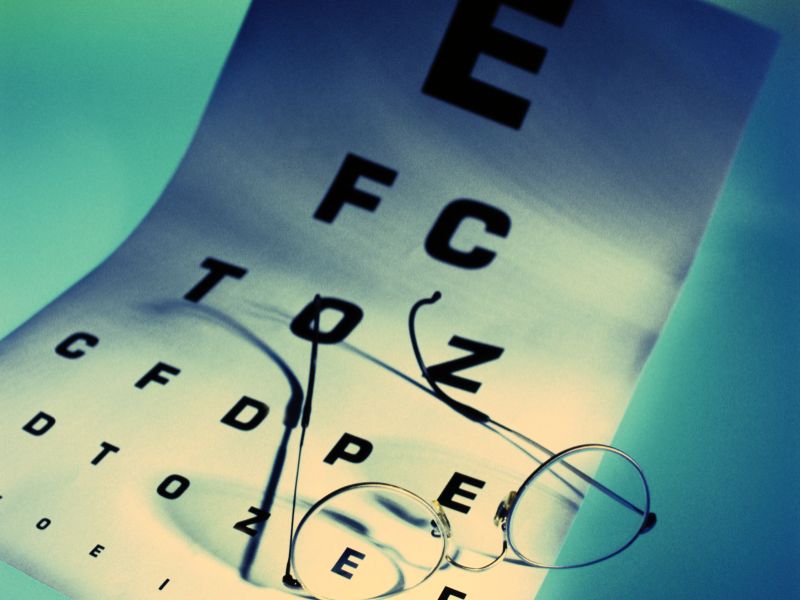 TUESDAY, June 21, 2016 (HealthDay News) -- About 9.6 million Americans are severely nearsighted, a new study finds.
Rates of nearsightedness -- also known as myopia -- in the United States rose from 25 percent in the early 1970s to 40 percent around 2000, the study authors said.
Most cases of nearsightedness can be corrected with eyewear or surgery. However, severe nearsightedness can cause complications that threaten vision.
The new study is based on federal data, plus an analysis of an American Academy of Ophthalmology database. The researchers estimate that nearly 820,000 Americans have a degenerative form of myopia called progressive high myopia, which can cause weakening of the retina.
More than 40,000 of these individuals may also develop an even more serious condition called myopic choroidal neovascularization.
This is "a severe complication of myopia with abnormal fragile blood vessels growing underneath the retina that can bleed -- leading to severe visual loss," explained Dr. Mark Fromer. He is an ophthalmologist at Lenox Hill Hospital in New York City.
"This is the first study of its kind to determine the prevalence of this debilitating disease in the United States," said Fromer, who reviewed the new findings.
Rates of progressive high myopia are higher among women than men -- 0.42 percent versus 0.25 percent -- and about 527,000 women have the condition, compared with 292,000 men, according to the study published online June 21 in the journal Ophthalmology.
"The findings emphasize the growing issue of nearsightedness and the burden it creates in terms of medical complications that cannot be fixed with just glasses or contacts," study lead author Dr. Jeffrey Willis, a retina fellow at the University of California, Davis Eye Center, said in a journal news release.
SOURCES: Mark Fromer, M.D., ophthalmologist, Lenox Hill Hospital, New York City; Ophthalmology, news release, June 21, 2016
HealthDay
Copyright (c) 2016 HealthDay. All rights reserved.
News stories are provided by HealthDay and do not reflect the views of MedlinePlus, the National Library of Medicine, the National Institutes of Health, the U.S. Department of Health and Human Services, or federal policy.